Ars Nova Composers- The Beauty Of The 14th-Century 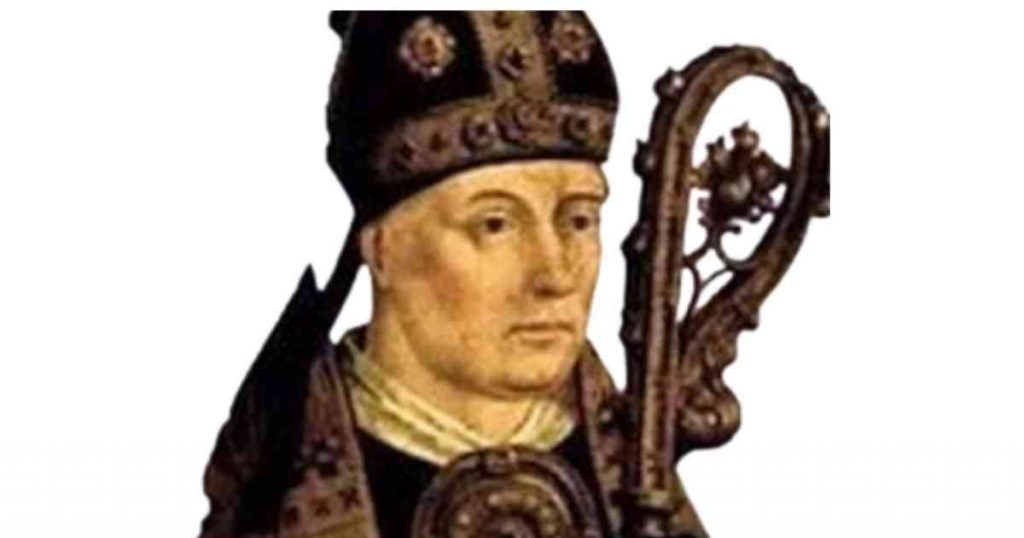 The history of music can be traced as far back as the origin of humans. The concept of music lives throughout history and has always been a part of us. Over the years, there have been several dispensations of music and artists.

One of the beauties of music is its dynamic nature. There is no set rule of what music should sound like, and we can see different forms and styles that have come and gone over the years. If you compare recent day music to the earlier eras, you'll see a clear distinction, but it is all still music.

Speaking of forms of music, we have an older genre or style called Ars Nova. Ars Nova is one dynamic form of music that originated in France. We want to use this opportunity to appreciate and learn more about the lives of some Ars Nova composers.

What Is Ars Nova? 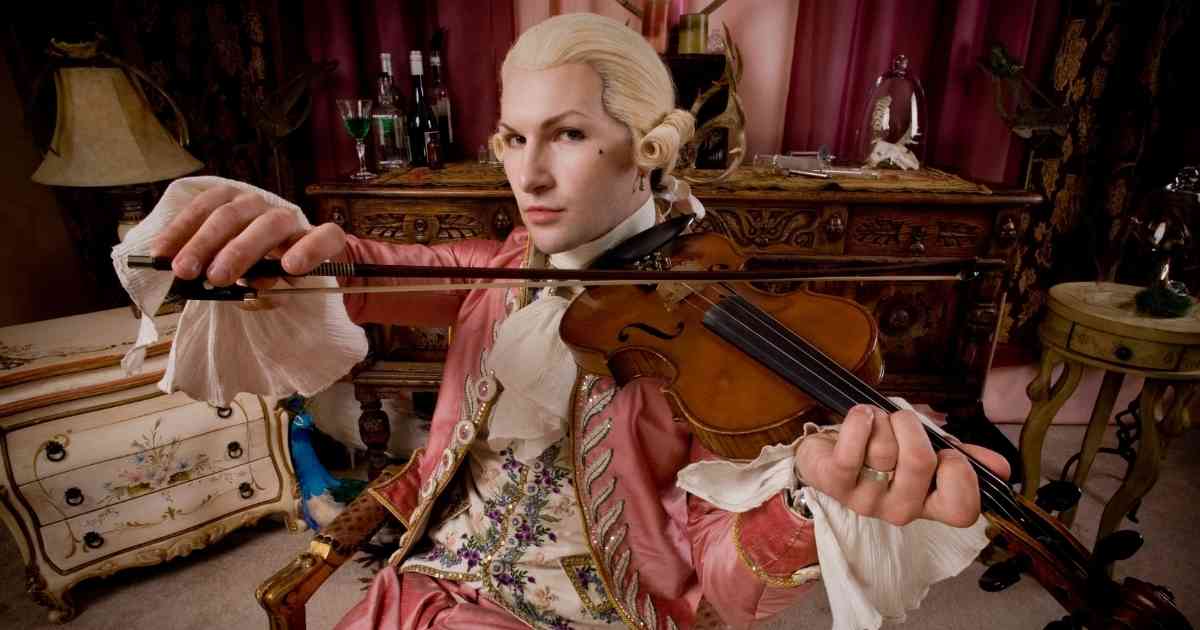 To appreciate the works of the Ars Nova composers, we must understand what Ars Nova is all about.

In this post, Ars Nova refers to a dominant style of music in France and its neighbors during the older parts of the middle age, between 1310 and 1377. The preparation of the Roman de Fauvel and the passing of Guillaume de Machaut classify the duration of the Ars Nova style.

Guillaume de Machaut is one of the prominent musicians that characterized the Ars Nova era. His death signified the ending of the era. In 1320, Johannes de Muris first used the term Ars Nova in the title of his musical treatises, “Ars Novae Musicae.” Later in 1322, Philippe de Vitry also named some collections of his work “ars nova.”

Ars Nova was also used to compare different eras of music, such as the Ars Antiqua. Ars Antiqua refers to an earlier time before Ars Nova between 1179 and 1320, and it was the dominant style of music in the thirteenth century.

In summation, Ars Nova is a term that encompassed new styles of music that came after the Ars Antiqua era. The Ars Nova was dominant throughout the fourteenth century in France. It lasted between 1310 to 1377 before a new trend called Ars Subtilior arrived.

Now that we’ve established what Ars Nova is, let's look at the life of the famous composers that pioneered that glorious era and style of music.

We want to consider the first and most famous Ars Nova composer, Philippe de Vitry. Philippe was a musical genius who left his print in classical music history, and he was a composer, poet, and music theorist.

It is not an exaggeration to call him the greatest of his time, and the Italian Scholar Francesco Petrarch recognized him. Petrarch describes Philippe in the following words “the keenest and most ardent seeker of truth, so great a philosopher of our age.”

From the words of Petrarch, we can see that Philippe was a musical genius and also a philosophical wonder.

We would have loved to talk about the childhood of this legend. Unfortunately, there isn’t much information anywhere to cure our curiosity. But we have traces of information that give us an idea of how he grew up.

Philippe was born on 31 October 1291 in the Champagne region, Vitry-en-Artois, around Arras. Later on, documents revealed that he was called Magister, which gives us the idea that he was a student at the University of Paris.

In the later years, Philippe became known as a secretary and advisor in the courts of Charles IV, Philippe VI, and Jean II. It is interesting to note that Philippe also served at Avignon as a papal retinue during Clement VI and later popes.

Not only was Philippe a scholar, but he also served his country in 1346 and fought at the siege of Aiguillon. After the war, he went to earn the title Bishop of Meaux in the eastern part of Paris.

Despite his many achievements, Philippe is still most famous for his musical achievements. In 1322, the Ars Nova Notandi gave credit to Philippe for the new style of music.

Philippe is also remembered for other works such as chansons and motets. Unfortunately, most of them have been lost to time, and only a few motets remain. Furthermore, some credit Phillipe for discovering the isorhythm. This is a unique style of music for its repetitive patterns of overlapping rhythms and pitches.

There are questions surrounding some of the works of this Vitry, and his ownership of some pieces is still being doubted. For example, Amer / Durament / Dolor meus, O Philippe / O bone. Se cuers / Rex, Se paour / Diex / Concupisco, and others.

After living a fulfilled life, Philippe de Vitry passed on on June 9, 1361.

The life of Jean de Lescurel is something of a mystery, and there is not much known about his origin. The little we know is that his father was a merchant in Paris. Over the years, news has spread that he was killed with some other young men for ‘debauchery” and “crimes against women.”

Recent discoveries show that it might not have been him, as there were several men named Jehan de Lescurel in his era.

Jehan de Lescurel wasn’t originally an Ars Nova composer. He started in the trouvere era and later adjusted his composition to fit the Ars Nova period.

Jehan wrote more than those 34 works, but due to poor record preservation, only 34 survived. His surviving works can be classified into virelais, ballades, rondeaux, and di entes.

Unlike the first two composers we’ve looked at, some records contain details about the early life of this genius.

Guillaume was born in the 1300s to a family with six other children in Reims. Records show that he was opportune to serve under different powerful entities. These include John I, Count of Luxembourg, and the King of Bohemia between 1323 and 1346.

Later, he had the title of a Canon of Verdun in 1330, Canon of Arras in 1332, and Canon of Reims in 1337. Later, he stepped down from his post as canon as per a request from Pope Benedict II.

Over the years, giving his time to the royal family and surviving the plague that ravaged Europe, he returned to Reims to focus on his music.

Over the years he spent composing, he wrote different music genres and poetry. Machaut’s works include secular music, sacred music, and poetry. He also wrote songs ranging from monophony to polyphony.

Machaut's works were about loving women like a perfect gentleman in the records that attest to his secular work. One great way of describing Machaut’s work is courtly love.

Besides love songs, he also wrote works to honor some events like the M18 Bone Pastor. Furthermore, most of his works fall into these significant genres: virelai, ballade, rondeau, lai, and motet.

Furthermore, Machaut wrote many poems, and he has about 400 recorded poems to his name. Some famous poems attributed to this great composer are Le Remede de Fortune (The Cure of Ill Fortune) and Le Voir dit ( A True Story).

In the same way, Machaut was fond of composing songs about courtly love, and we can also see this theme in most of his poems.

P.des Molins is recognized for two of his works, Amis, tout dous vis, and De ce que fol pense. There isn’t much information about his life or his origins. We can only speculate based on his name.

Some other composers that made up the Ars Nova era include:

Ars Nova is a style of music that was trending in the fourteenth century, and the term means new art. The Ars Nova style was widespread in the 1300s till the early fifteenth century, after which it was replaced by Ars Subtilior.

We’ve looked at some of the popular Ars Nova composers and some of their works, and you can learn more about this form of music here.