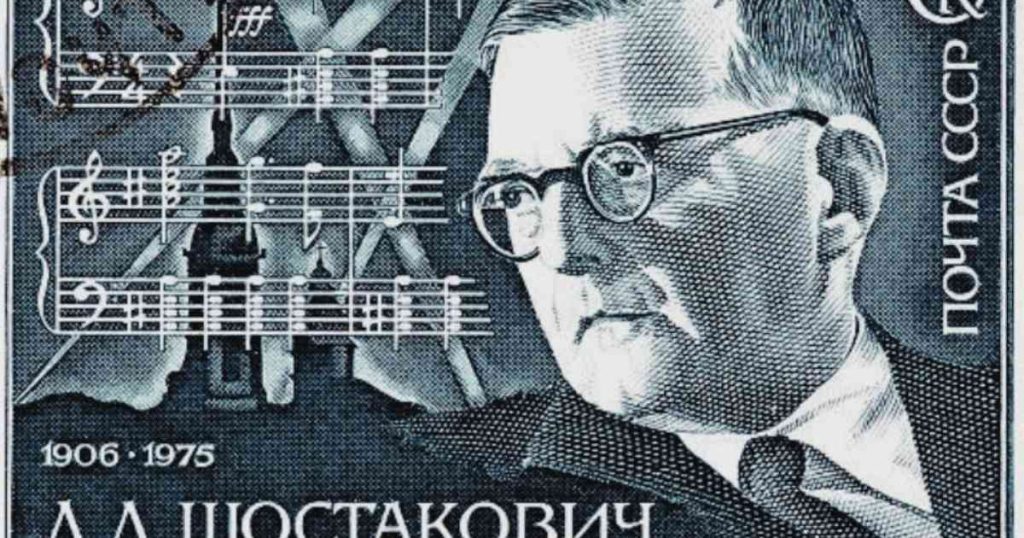 Dmitri Shostakovich was a composer who dominated Russia in the nineteenth century. He was popular during the Soviet era, and his name is still used as a reference to date.

Dmitri composed several pieces during his time and was recognized as a musical genius. His works were so moving that they directly impacted the government, and he was considered an influential figure.

Dmitri wrote a significant number of musical compositions, including chamber music. Shostakovich's piano quintet is one of his most recognized works, and we will discuss this piece. We'll also look into a bit of history about Shostakovich.

Out of Dmitri's work, he was most recognized for his chamber music. Dmitri composed 18 musical chamber pieces comprising 15 string quartets, two piano trios, and a piano quintet. The piano quintet remains the most outstanding of all the chamber compositions.

Dmitri spent several months working on the piano quintet – he started around the summer of 1940 and was able to complete it by September.

Dmitri wrote the piano quintet intending to perform it with his friends, the Beethoven quartet. The Beethoven quartet was originally called the Moscow Conservatory Quartet. As the name suggests, the group was made up of four musicians who were conversant with the violin.

With this group of string quartets, Shostakovich first performed his quintet in G minor on November 23, 1940. Dmitri took the leading role of the pianist and was accompanied by the Beethoven quartet.

This group of pianists and string quartets performed the piece at the Moscow conservatory, and it is arguably Dmitri’s most successful public performance. Later in 1941, the quintet remained unmatched, and the piece won a Stalin Prize.

Structure of the Piano Quintet in G minor

Shostakovich divided the quintet into 5 movements. Let’s take a look:

The prelude refers to a short flow that begins the entire composition. The prelude is an introduction that prepares the listener for the rest of the movement. In this movement, Dmitri adopted a slow tempo called “lento.”

The prelude gives a calming effect and moves between forty-five to sixty beats per minute.

Also, the speed of the second movement picks up a little compared to the first movement. Dmitri used a tempo called “Adagio,” which gave a lot of meaning and emotions to the flow. The second movement moved at a speed of sixty-six to seventy-six beats per minute. At this point, the intensity of the piece was increasing steadily.

The third movement indicates a crescendo in the flow of the quintet, and the intensity reaches its peak. This third movement is characterized by a speed of 112 to 120 beats per minute. All the performing instruments were playing in synchronicity, at fast tempos.

At this point in the quintet, the audience is overwhelmed with an intense symphony that touches the heart.

The first movement served as a link between the third and the final movement. This movement carries the same tempo as the first and flows at 45 to 60 beats per minute. It gives a kind of relief to the audience after an intense third movement.

The final movement was much of a surprise because the slow tempo of the fourth movement indicates the end of the quintet. However, Dmitri didn’t plan to end the quintet on a sober note.

He shocks the audience with a sudden spike in tempo, and he jumps from Lento straight to Allegretto. The final movement shows as much intensity as the third movement, which flows at 112 to 120 beats per minute.

At the end of the fifth movement, the audience is left with a cyclone of emotions and excitement.

Shostakovich’s piano quintet was performed with a piano, two violins, a viola, and a cello. This unique blend of instruments and the brilliant flow of movements left a permanent impression on classical music.

Dmitri’s quintet is still performed in music institutions to date and is also used as reference material all over the world.

Dmitri was born in Saint Petersburg, Russia, to Dmitri Boleslavovich and Sofiya Vasilievna Kokoulina. Shostakovich was born in September 1906 and died in August 1975.

Shostakovich started learning the piano from his mother when he was nine, and his musical potential quickly shone through. He had a great memory for music and could reproduce pieces he had seen his mother play in the past. There were instances when Shostakovich played pieces from the previous classes when he couldn’t read the new pieces in his front.

He was already writing music at twelve and single-handedly composed a funeral march for some important men. When he turned thirteen, he gained admission into the Petrograd Conservatory.

Over time Shostakovich made a name for himself with his public performances. He performed already written works and also some of his compositions. At some point, there were criticisms about his style, and even the Russian government denounced his work.

Shostakovich's adult life was full of ups and downs, but this played a huge role in his evolution. He made a lot of political impacts with his compositions, especially during the second world war.

Dmitri Shostakovich rocked the 19th century in Russia with both his talent and political views. He was one of the most controversial composers of that era, and his works are still studied to date.

Shostakovich’s piano quintet is one of his most successful compositions, and it was given a Stalin Award. We’ve looked at the piano quintet and discussed the five movements. We also took a quick look at the life of Shostakovich.

You can learn more about Russian classical music and composers.