Bach vs Vivaldi – How Do These Musicians Differ from Each Other? 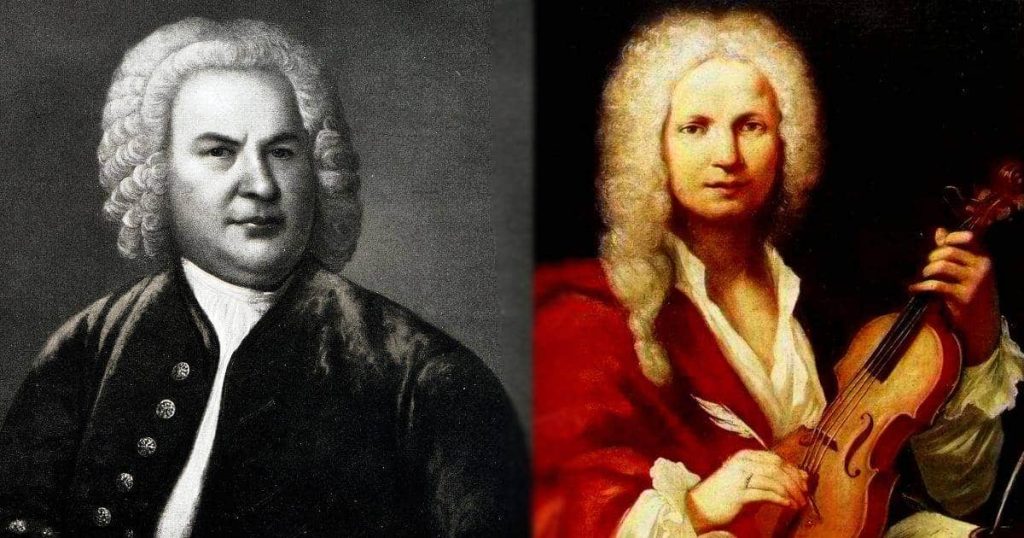 The world has been blessed with several talented musicians. While some are professional violinists and pianists, and others are even efficient guitarists. As a music enthusiast, you may have heard the names Bach and Vivaldi. Although both of these personalities are associated with classical music, they have different talents. Let’s discuss Johann Sebastian Bach and Antonio Vivaldi, the key players in the history of music.

Who was Antonio Vivaldi?

Antonio Vivaldi was a reputed violinist and music composer. He had also gained a reputation as a virtuoso teacher because he proved his skills and competency level to his pupils. Vivaldi was a Venetian, but he traveled to many different places. No other composers had epitomized baroque music in Italy the way he did.

Birth Details and Other Information About Vivaldi’s Life

The Baroque composer was born in Venice in 1678. With his dedication and effort, Vivaldi became one of the most famous Baroque composers. During his lifetime, he spread his presence across Europe. Moreover, he had several admirers and imitators. His influence was paramount in developing the instrumental music of Johann Sebastian Bach.

Although the Italian composer gained a reputation as a composer, he became a talented technical violinist. Johann Friedrich Armand, a German architect, stated that Vivaldi was a violinist as much as he was a composer. He proved to be a violin master at the orphanage while growing up. He also secured a job as a violinist.

While working for Ospedale, he composed several masterpieces throughout his 30 years.

The emergence of opera in the early 18th century in Venice gained the attention of Antonio Vivaldi. At that time, several theaters were trying to get public attention. That is why Vivaldi thought of becoming an opera composer.

In 1715, Vivaldi made a show with music by different composers. There were 11 arias in the opera. After a year, he composed other operas, which gained high popularity. Several arias include parts for different solo instruments like oboes and recorders.

Who is Johann Sebastian Bach?

Johann Sebastian Bach was a German musician and composer of the late Baroque period. He gained fame for his orchestral music like Brandenburg Concerto. His famous instrumental compositions include Cello suites.

Johann Sebastian Bach belongs to a family of musicians. His elder brother took the responsibility of looking after Bach. He was an organist and gave him his first lesson on the keyboard.

Bach’s performance at school was good, and he was chosen for a boy’s choir at a school in Germany. Johann Friedrich Agricola (J.S. Bach’s pupil) and Carl Philipp Emanuel Bach created a record of what Bach did during his lifetime.

Around 50 years after Bach’s death, his music gained major importance. It was quite popular in the days of Mozart and Haydn. No one showed much interest in him before that. But, during the late 18th century, musicians were much more receptive to the influence of Bach’s music.

Bach’s music was revived after 1800. Johann Nikolas Forkel, a German writer, studied Bach’s life and learned about his art.

Being an active and enthusiastic guy, Bach turned out to be an efficient organist. He worked as a musician for several churches. Moreover, he started composing new pieces for different church services using the harpsichord, orchestra, choir, and organ. Most of these written musical pieces were performed only once.

The Best Works of Vivaldi

Vivaldi had an immense influence on the introduction of Baroque music. Some notable works of Vivaldi are:

Written in 1723, this masterpiece is a series of violin concertos that depict the seasons. Vivaldi also wrote a sonnet to describe every season.

In 1715, Vivaldi composed this for the orchestra and choir of Ospedale della Pietà. Gloria comprises rhythms and a lovely melody.

It is a celebrated Vivaldi opera. Set in Greece, L’Olimpiade is about two friends who love women.

This is a series of 12 concertos and includes stringed instruments. Published in 1711, it was the first to reveal the creative genius of Vivaldi. Michael Talbot, a scholar, claimed that the set is a highly valuable collection of the best instrumental music from the 18th century.

Written for continuo, lute, and violin, Trio Sonata highlights the gifts and limitations of the lute. This work proves Vivaldi knew everything about setting the tone.

The most important contributions of Bach are:

This is a concerto, which contains 3-movement orchestral works. The 6 concertos reveal the intricacy and recognizable melodies of Bach.

There are several embellishments and grace notes in this work. Still, The Goldberg Variations is quite beautiful. The variations unravel a lovely melody into a mind-blogging Baroque work. Bach was efficient in playing almost any musical instrument.

A Comparison of Bach and Vivaldi

Johann Sebastian Bach and Vivaldi did not encounter each other. While Antonio Vivaldi enjoyed the life of an internationally recognized jetsetter, Bach did not stray away from his home. Vivaldi was indeed highly familiar with national musical patterns and styles. Still, his travels did not affect his music significantly.

On the contrary, Johann Sebastian is pleased with his native community. He liked to stay confined within North German borders.

In 1708, Bach visited Weimar to grab the position as an organist in the Duke Wilhelm Ernst’s court. At that time, Vivaldi’s music created a buzz. With a high enthusiasm and eagerness to gratify employers, Bach transcribed nine masterpieces of Antonio Vivaldi.

It is important to note how Bach responded to Vivaldi’s music. Scholars think that it resulted in the development of Bach’s personal and unique musical style. Bach’s musical language has a distinctive identity and enduring quality. There is a perfect combination of Italian nuances and complicated counterpoints.

Bach liked to see music from an intellectual perspective. While Vivaldi was focused on the feelings created by the music.

Interestingly, both personalities gained a reputation for their skills in using their respective musical instruments.

Though Vivaldi was known as an international-level instrumental music composer, his fame originated from his efficiency in playing the violin. When Bach thought of working on the Vivaldi transcriptions, he appreciated the original versions of the composition. He did not prefer altering any part structurally. But, he ended up filling out some parts with rapid bass passages, canons, and motivic references. It aided Bach in making his signature style recognizable.

Some scholars have claimed that Bach’s transcription of the organ of Vivaldi is not his greatest work. Still, the transcription provides proof that the composer had a significant interest and passion for the Italian style.

When Bach accepted the Kapellmeister’s appointment at the Anhalt-Cöthen’s court, he had the chance to show Vivaldi’s influence. For instance, Bach, in Brandenburg Concertos, would implement the Corelli model by merging different movements of characters. But, he chose to bring perfection to the symmetrical and compact model (ritornello scheme preferred by Vivaldi).

To conclude, Antonio Vivaldi tried to revolutionize music for concert halls, churches, and opera houses. However, string music was a key reason for his achievements. Several contemporaries had chosen Vivaldi’s concerto for the string as the model. On the contrary, J.S. Bach’s music is sublime, majestic, versatile, and virtuosic.

Being a keyboard instrument player and Baroque composer, J. S. Bach defined the classical music genre. Bach influenced every genre, including choral settings, orchestral settings, and instrumental sonatas. Both Antonio Vivaldi and Sebastian Bach contributed to the history of music.