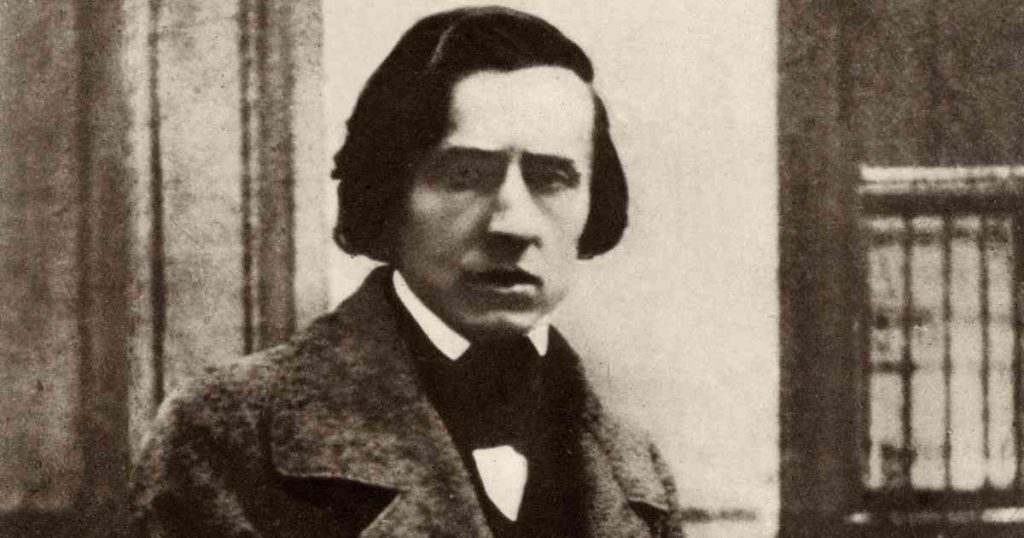 The origin of classical music can be traced as far back as centuries. Over the years, several musicians have made names for themselves that are now a part of our classical music history. Frederic Chopin stands at the top of these ranks.

Chopin was a renowned composer back in the 1800’s, and is recognized as one of the classical music legends. Chopin composed several classical piano pieces, and his work still serves as an inspiration to date.

People often refer to the nocturnes as Chopin’s most revered works. The nocturnes describe a set of Chopin’s piano pieces that are based on the night. Today, we’ll be looking at some of the best Chopin nocturnes for classical music lovers. 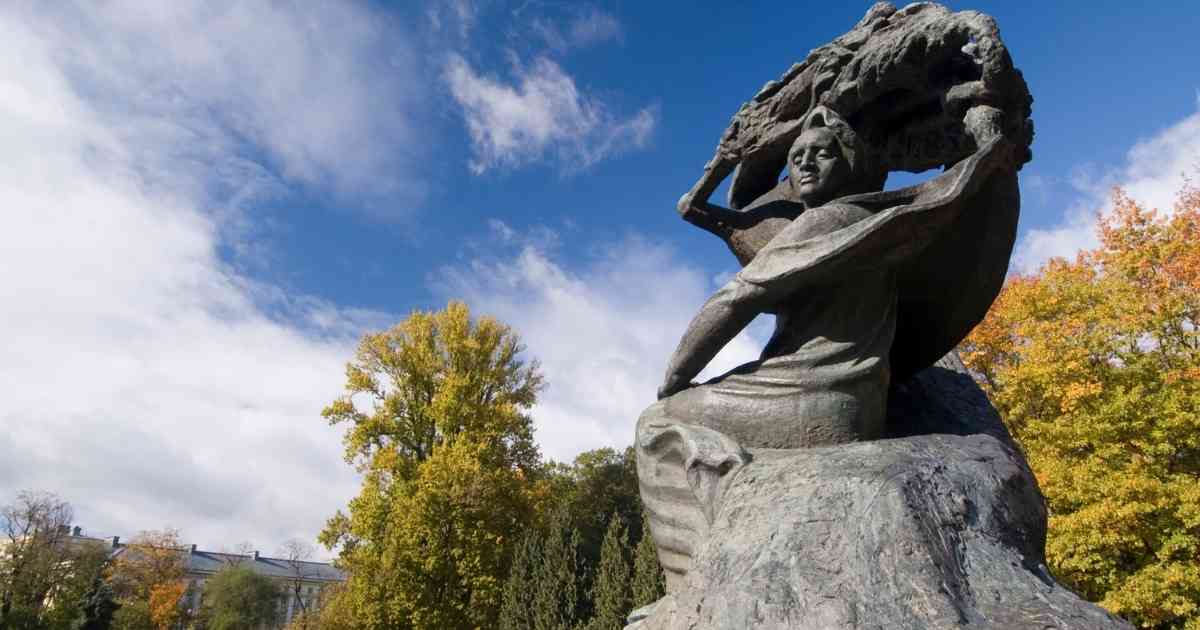 A nocturne is a musical piece inspired or centered around the night. Chopin didn’t invent nocturnes, but he composed some pieces that are classified as nocturnes. Let’s take a quick look at the history of Chopin’s nocturnes.

Chopin’s nocturnes trace back to between 1827 and 1846. These nocturnes are all piano pieces, and serve as a great testament to Chopin’s life. Among other instruments, Chopin was a proficient pianist; most of his groundbreaking compositions were piano performances.

Before the Era of Chopin, there was an Irish composer named John Field. John was a nocturne composer and laid the groundwork for Chopin’s nocturnes. Chopin later came in and expanded on the nocturne’s concept.

Twenty-one nocturnes have been accredited to Chopin, all of which are solo piano. The arrangement of these nocturnes is inaccurate because the nineteenth and twentieth nocturnes were composed first. The twenty-first nocturne was also published years after the previous ones.

Chopin composed a total of 21 nocturnes, and these compositions are solo piano. For the nocturne lovers, we’ve singled out some of the ones that will appease your ears. We’ll also mention the remaining nocturnes if you want to widen your search.

As a classical music enthusiast, there is a good chance you’ve heard the Op. 9, No. 2 solo piece. This Chopin nocturne is one of the most popular around the world. The composition is one of Chopin’s best works and embodies all that is expected from a nocturne.

The piece tells an unspoken story filled with drama. The nocturne appeals to the bright side of human nature, similar to a clear night. You can clearly see traces of the 19th-century romantic era throughout the piece.

Op. 9, No. 2 is a legendary piece passed down to numerous generations. This nocturne has been reproduced numerous times by different pianists. Playing the nocturne perfectly will require a certain amount of skill, but you can get it with practice.

Next is Op. 9, No. 1, another genius composition that Chopin left. You will see traces of similarities between this nocturne and the first one we’ve discussed. This nocturne is also a big deal to date and is very popular among pianists.

Op. 9, No. 1 is full of drama and expression; you can consider it a happy nocturne. On the other hand, Op. 9, No. 2 shows a darker expression. This nocturne is as beautiful as the first one, but it doesn’t have that cheerful element.

This nocturne is excellent for teaching or learning because it contains different musical elements, such as arpeggios and more. Op. 9, No. 1 contains several rudimentary skills that will go a long way for a trained pianist and those learning.

Op. 55, No. 1 is another excellent piece that is used to educate young pianists today. This nocturne is a masterpiece because of the emotional component that defines it.

This nocturne can be grouped as one of Chopin’s saddest compositions, but it is also one of the most beautiful. We can almost connect to Chopin’s deepest feelings through this composition.

Op. 55, No. 1 is also used to teach upcoming pianists and is one of the most used Chopin compositions.

If you hear the nocturne itself, it sounds easy to play. However, several layers and skills go into harmonizing the composition.

Op. 37, No. 2 is a fast-flowing piece consisting of smaller components. Chopin proved his genius with this nocturne, and he composed something complex and beautiful.

This piece is very sentimental and brings out various emotions in the audience. The feelings around the piece are constantly changing with each progression.

Another interesting fact about Op. 37, No. 2 is its richness. Many undercurrents and individual units make up the entire nocturne, and you will hear something new each time you listen. Expert pianists and composers are able to best appreciate this piece.

The nocturne in D Flat Major is another piece you’ve probably heard. This piece is one of Chopin’s most recreated works to date, and there is a good chance you’ve heard it somewhere.

This nocturne is one of the slower pieces among the other nocturnes, but it is not the easiest to learn. Although this piece is slow, it has different components that require a lot of practice to master. We won’t recommend this nocturne as starting material for young pianists.

This piece follows a complex outline; you need to get the expression for the melody to be convened perfectly. This piece is among Chopin’s most famous works and was dedicated to Comtesse D’Appony.

Another top choice of Chopin’s nocturnes is the nocturne in G minor, one of his most respected works. This composition further shows Chopin’s mastery over music because it contains details that are not visible to the inexperienced eyes and ears.

Also, the progression requires a lot of finger movement, making it a great choice for finger lessons.

This nocturne came out long after Chopin died. Chopin composed this piece in 1830, but it wasn’t released until some forty years later. Although this work was published after Chopin’s death, it is still one of his most famous works.

This piece differs from the others because it is not solely a piano performance. A version of this nocturne is designed for the violin and can be played with some other string instruments.

This nocturne is also popular because it was used in a popular movie called The Pianist. If you play string instruments and want to dive into Chopin’s nocturnes, the nocturne in C sharp is a great choice.

The nocturne in E Major characterizes the latter days of Chopin’s life. After all the years of composing and growing, we can feel the growth in Chopin from this nocturne.

The Nocturne in E major contains a lot of value and reflects the emotions of an older Chopin. This piece is great for inner reflection.

Finally, we have the nocturne in E flat Major, which follows a pattern different from the other nocturnes.

This piece is another masterpiece, but it is not very recognized today. The nocturne in E flat Major is often used for educational purposes because of its unique pattern. The nocturne contains technical mastery that is helpful to students.

Unfortunately, this composition is not played as frequently as other nocturnes, but it is worth your time.

Other Nocturnes By Chopin

We’ve looked at ten of the best Chopin nocturnes for your listening and learning pleasure. However, there are other nocturnes you can look into, such as:

Chopin made many contributions to the music world and is regarded as one of the legends. Chopin has released several compositions that are being used to date, and his nocturnes are one of them.

We’ve looked at the best Chopin nocturnes from the 21 in his name. These famous piano pieces are compelling, and they touch the soul. Some of these nocturnes are used in music theory schools and performed to large audiences.

Classical music is a tradition that should be upheld and respected.