Did Beethoven Meet Mozart? Everything You Should Know 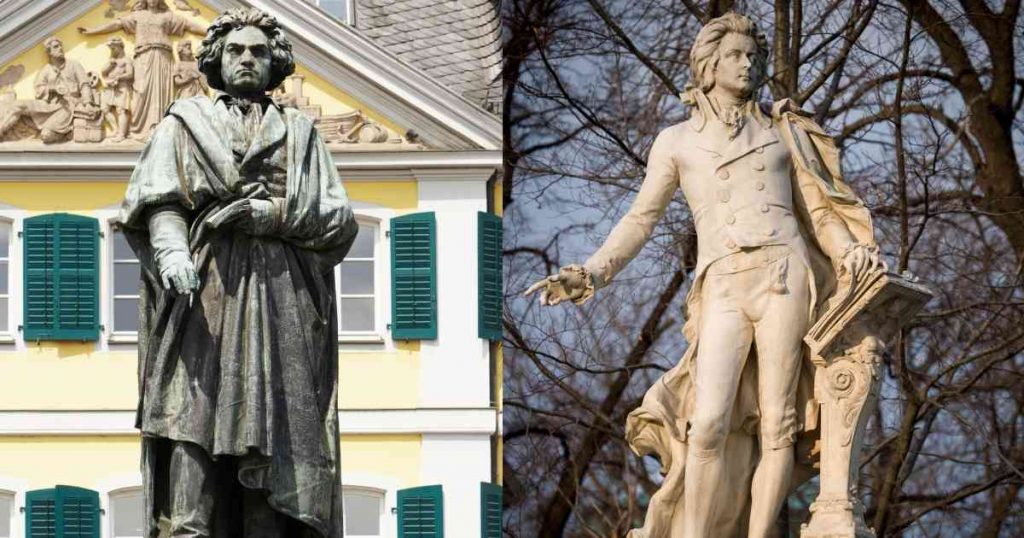 Ludwig van Beethoven's dream since he was a child in Bonn was to travel to Vienna and meet – and receive lessons from – Wolfgang Amadeus Mozart, whom he considered to be the best composer.

On a career break from the Bonn Court Orchestra in 1787, Beethoven, then 16, and Mozart met in Vienna. Wondering what happened next? Let's take a deeper look into the question, “Did Beethoven Meet Mozart?” If so, how? Keep reading to find out.

What Did Beethoven Think of Mozart? 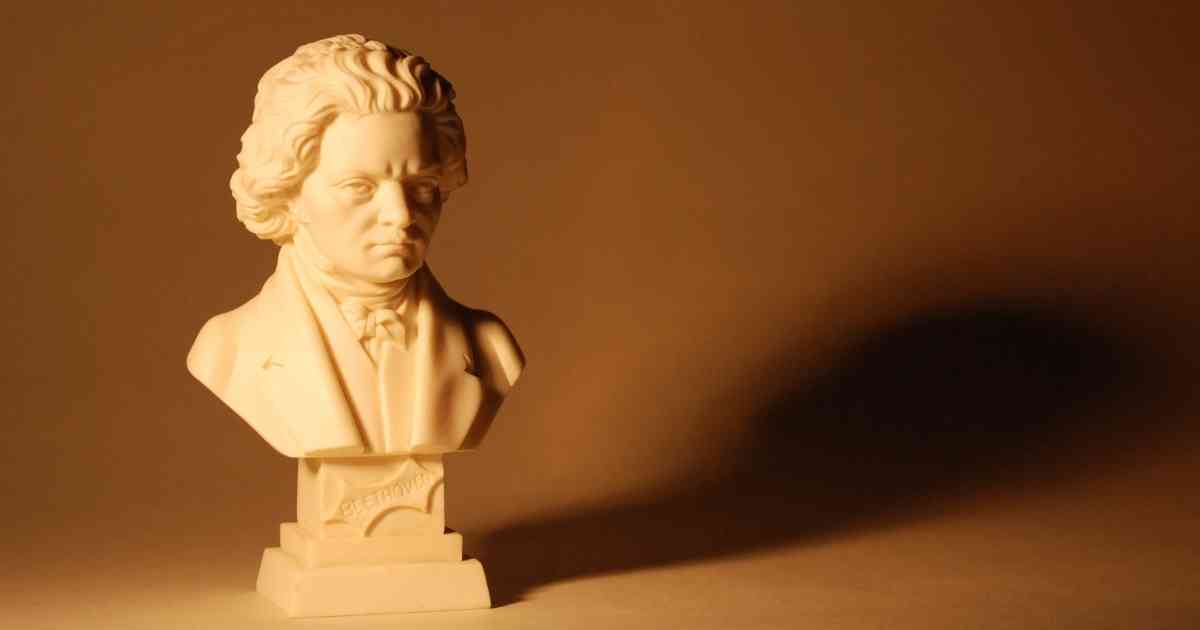 Beethoven admired Mozart. Some of his music is reflective of Mozart's, and he produced various variations on Mozart's themes and patterned a number of his pieces on Mozart's. Beethoven was also known to have grown up listening to Mozart's music.

Mozart influenced Beethoven in one of his early works. He was concerned that he had plagiarized him. Scholars have found a sketch leaf from about October 1790, on which Beethoven wrote a brief C-minor piece in 6/8 meter, in two-staff piano scores, and then wrote, "This entire piece has been taken from the Mozart Symphony in C." Beethoven's appreciation and support for Mozart's compositions remained unchanged throughout his life. 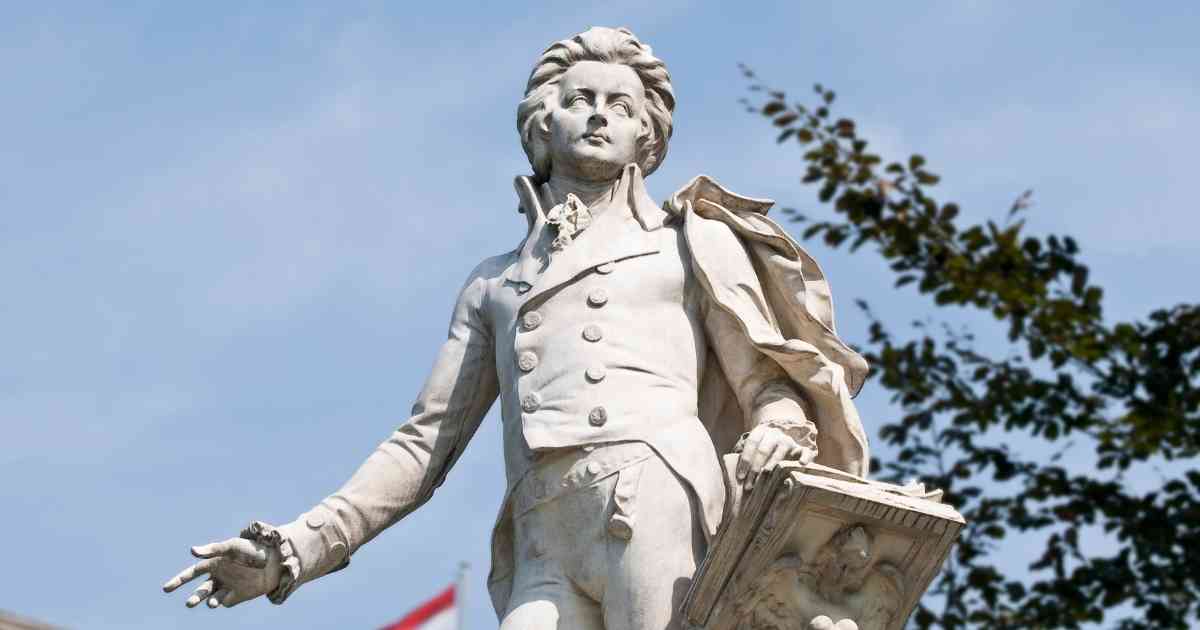 Did Mozart ever meet Beethoven? The answer isn’t as straightforward as you might have imagined. In 1787, they were both in Vienna for six weeks at the same time, so they most likely crossed each other’s paths, maybe even more than once.

Beethoven was born 14 years after Mozart in Bonn in 1770. In 1781, Mozart relocated from Salzburg to Vienna, Austria's imperial capital, to pursue a career. This occurred during Beethoven's youth. That said, there is little written evidence of Beethoven's first visit to Vienna.

At 16, Beethoven took a break from the Bonn Court Orchestra and traveled to Vienna. By the time he arrived in Vienna (1787), Wolfgang Amadeus Mozart was already a well-known composer.

Thanks to the recommendation from Max Franz, a friend of Mozart, Beethoven obtained access to Mozart's residence and was led into the music chamber to see his idol. They were both introduced, and Mozart requested Beethoven to play for him.

Mozart's sentiments of enthusiasm were cold, as he considered the piece he played to be a practiced showpiece. Noticing this, Beethoven requested a theme for the song and, inspired by the appearance of the master he so admired, played in such a way as to engross every ounce of Mozart's attention. To the bystanders, Mozart said firmly, “Mark that young man; he will make himself a name in the world!”

Beethoven had a few lessons with Mozart, but this version of the story is questionable because it does not originate from a contemporary source. Another version of this tale is that Mozart turned down Beethoven’s request. Mozart already had a young composer named Joseph Hummel living in his house, whom he was training to be the next Vienna prodigy. According to many sources, Hummel was an excellent musician, but it's unclear whether this would have kept Mozart from helping Beethoven.

Other sources claim that Mozart didn't welcome Beethoven due to his worsening health condition. He was churning out a massive amount of work, including Don Giovanni, with little time to accommodate visitors. In addition, Mozart's father, Leopold, was ill at the time, adding to an already stressful situation.

At the very least, Beethoven heard Mozart playing the piano. We know this because Beethoven's student Carl Czerny, a credible reporter, overheard Beethoven characterizing Mozart's playing as fine yet choppy and lacking legato.

Unfortunately, it does not prove that they met or that Beethoven ever performed for Mozart. In many situations, the facts of historical events can be traced through letters or diaries, but there has been no hard proof to support Mozart's and Beethoven's meeting.

The two men split off in 1787, never to meet again. Even if they did meet, Beethoven didn't benefit much from it. We know from his letters that he returned to Bonn completely depressed. His mother's illness spurred his return to Bonn (she died of tuberculosis in July). Beethoven's father was practically paralyzed by drunkenness, and Beethoven had two younger siblings, so it’s believed that he was needed at home to help his family.

What Did Other Great Composers Think of Beethoven?

Though he didn't realize it at the time, Beethoven became a guiding star for composers of the Romantic Era who came after him. Beethoven's music was regarded as a tool for emotional expression, and composers such as Liszt, Brahms, Weber, and Schubert continued to research after his death, inspired by Beethoven's legacy.

The Variations on a French Theme for Piano Duet, Schubert's first important instrumental piece, was dedicated to Beethoven. Beethoven is claimed to have performed Schubert's music with his nephew Karl, and he appeared to like them.

Beethoven, the Universal Composer is a well-known biography of Beethoven. According to the author, Beethoven's universality stems from his capacity "to embrace the full spectrum of human feeling, from dread of death to love of life – and beyond – reconciling all uncertainties and conflicts in a catharsis of sound."

In 1809, Carl Maria von Weber wrote a scathing satire on Beethoven's Fourth Symphony. Weber began to admire Beethoven and performed and directed his music regularly. When Weber paid a visit to Beethoven in 1823, he asked him to look through the score of his opera Euryanthe and make whatever adjustments he deemed necessary to "save it from the unfavorable reaction that its first performance had received."

Beethoven's imprint on composers who came directly after him and the influence he has had on more recent composers and artists is clear. This intense music has inspired not just his compositions but also the way he pushed himself to break through his physical and mental barriers, fight hurdles, and strive for greatness in his work, fully pouring out his soul into all of his works.

What Are the Similarities Between Beethoven and Mozart?

Mozart and Beethoven had a lot in common, partly as they were born only 14 years apart and grew up in the same musical culture (with Vienna at its center). One of the most striking similarities between Beethoven and Mozart was that they were both virtuoso pianists who also worked as musicians.

Beethoven's and Mozart's early symphonies differ significantly. The contrast stems from the fact that Beethoven's musical compositions were a mix of Mozart's and other artists' influences, whereas Mozart was a self-taught musician.

Beethoven was influenced by Mozart and Joseph Haydn. He often blended their musical composition while writing his symphonies, and he fused their musical composing styles to create a hybrid, which he then garnished with his own personality, ultimately leading him to develop a distinctive stylistic composition that set him apart from his influences.

What Made Mozart a Child Prodigy?

As a young composer, Mozart was a genius, playing melodies on the piano at the age of three and writing at four. He had already composed ten symphonies and performed for royalty by the age of 12.

Did Mozart and Beethoven Ever Meet?

According to contemporary sources, Mozart and Beethoven did meet. Beethoven stepped down from the Bonn Court Orchestra and traveled to Vienna, and is later said to have studied with Mozart.

What Is the Difference Between Beethoven and Mozart?

Beethoven had a fiery side to him, which was in contrast to Mozart’s meticulousness. Also, Beethoven's music had a variety of surprises. He excelled at building up his music, with his signature use of subito piano being the highlight.

Is Mozart Better than Beethoven?

While the choice between the two legendary musicians remains a personal preference, the fact remains that Mozart is responsible for 16 of the 300 most famous compositions, whereas Beethoven for 19.

What Did Mozart Teach Beethoven?

Mozart died in 1987, yet his effect on Beethoven's masterpieces is pretty evident. Beethoven based his Fifth Symphony on a section from Mozart's 40th Symphony. Furthermore, in 1798, Beethoven composed his piano and cello variations on Mozart's aria “Ein Mädchen oder Weibchen.”

To conclude, Mozart and Beethoven are regarded as geniuses, gigantic composers of the 18th and 19th centuries, respectively, who have left an everlasting impact on music history. While it’s understandable why there are often comparisons drawn between the two, it’s a near-impossible task, given their different natures, early lives, and the exposure they received.

We hope this article has helped answer the question of, “Did Beethoven meet Mozart?” For answers to more of your questions about famous composers and music history, take a look at the other posts on our site.