8 Most Famous Classical Piano Music Pieces of All Time 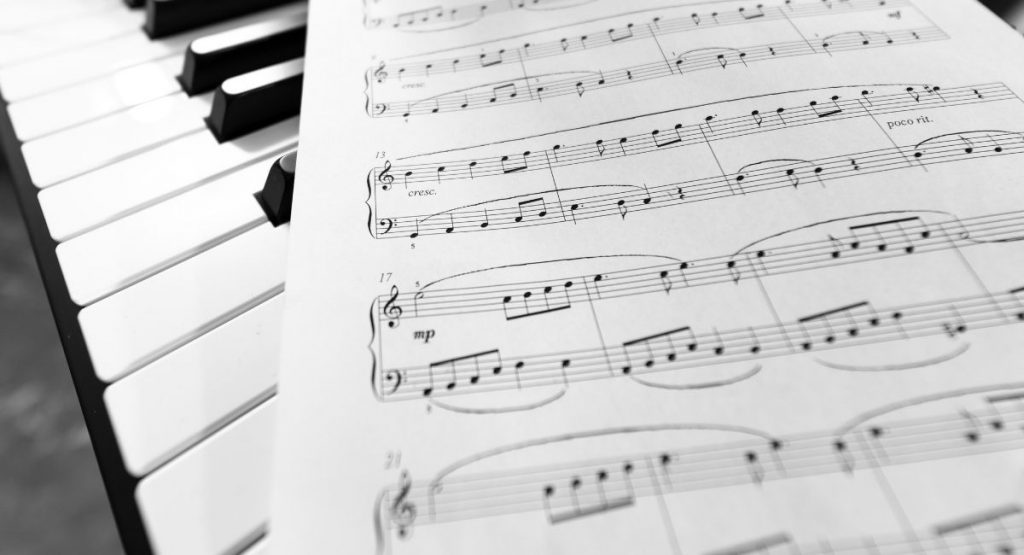 Classical music is majorly identified by its elegance, clear, and light texture. The main characteristics of classical music include rhythm, change of mood, and dynamic. Classical music spans several centuries from the Baroque to the Romantic periods, generally dated between 1750-1820, and has a rich history.

In the Classical period, a lot of great composers like Ludwig van Beethoven, Johannes Brahms, and Wolfgang Amadeus Mozart began to favor the piano as their preferred instrument. Thus it replaced the then-trending harpsichord continuo as the dominant instrument.

Now, in no particular order, let's talk about some of the world's most famous classical piano music of all time.

The Most Famous Classical Piano Music

Mozart Amadeus Wolfgang was an influential composer of classical music who started composing from the age of 5. He’s notable as one of the greatest pianists of all time. Despite an early death at the age of 36, he’s credited with over 600 pieces including several symphonies, concertos, and operas to his name.

Cataloged on June 26, 1788, this 11-minute piece nicknamed sonata facile was described by Mozart as a composition for beginners.

This 3 movement composition is introduced by a rather soft innocent joyfulness that slowly progresses into a melancholic middle part before finally ending in a lively mood.

This piece is divided into 3 major movements:

This piece wasn’t published during Mozart's lifetime, as it was first printed in 1805.

Johann Pachelbel was a German organist and composer. He was mostly known as an organ composer and is one of the most famous of the Baroque era. Canon in D cannot be dated to a particular period but is estimated to be between1680 and 1706. It’s one of the top classical piano pieces that anyone should know.

Widely known as wedding music, Hans Schulze also suggested in 1985 that this piece was composed for Johann Bach's wedding.

Over the years, several artists and movies have in their own way lifted, fine-tuned, or built a sample of this beautiful piece. The most recent, and perhaps still unknown, is the 2019 single "Memories" by Maroon 5 who used the harmonic sequence of this composition.

Gustav Beckmann rediscovered and first published this piece in 1919. It has not only kept alive a wonderful piece of music but given us insight into a world of harmonic clarity.

Rachmaninoff was a Russian composer and virtuoso pianist. He ventured into music early just like Mozart, as he started learning the piano at the age of 4. Rachmaninoff has several works of piano and orchestra to his name. Most of his works distinctly feature widely spaced chords that give off a bell-like sound.

This piece was composed in 1900 with the first performance conducted on the 2nd of December 1900.

Rachmaninoff opens this composition with a building storm of Moderato tension which gradually grows into a slow and sentimental Adagio before ending on a triumphant climax of Allegro scherzando.

This concerto was dedicated to Rachmaninoff’s doctor, Nikolai Dahl, for helping him overcome his writer’s block and depression of four years. It also earned him a Glinka award.

4. Liszt’s Piano Sonata in B Minor

Franz Liszt was a Hungarian composer, virtuoso pianist, and music teacher. He was born to a father who played the piano amongst several other instruments.

He picked an interest in the piano when he was 6, started learning to play when he was age 7, and finally began composing at age 8. He was so monumental that he had a movie made about his true life story.

This sonata was composed in 1849 and completed in 1853, but wasn't published until 1854. This piece was dedicated to Robert Schumann.

Despite its early invention, this piece was met with several hostilities by different musically inclined individuals who described it as "blind noise" and "new music.” It didn’t become popularly performed and accepted until the early stages of the 20th century.

A sonata within a sonata, this 4-movement thematic piece starts on a rather descending scale, gradually building up into a forceful octave, gradually mounting up energy. Liszt, however, transforms this piece into a slow lyrical Andante movement in the center of this work before ending on the same pale scale as the opening.

Ludwig van Beethoven was a German composer and pianist. He remains one of the most admired composers of classical pieces of all time. Beethoven was introduced to music at the early age of 5 by his father. He later studied under and with several tutors including Haydn before creating his first piece in 1800.

This concerto was created in 1809 for both the piano and the orchestra. Beethoven dedicated this piece to his friend and pupil, Archduke Rudolf. However, it didn't get its first public play until November 28, 1811.

Beethoven opens this 3 movement piece with a 20-minute Allegro, slowly settling into an Adagio before finally ending on a climatic Rondo form. The 40-minute piece starts with a solo piece, which gives room for an ample relationship between the piano and the orchestra.

Because of Beethoven’s profound deafness, the church organist, Freidrich Schneider, performed the first premiere of the solo part. This piece is one of the most frequently performed and known works of Beethoven's 5 piano concertos

Robert Schumann was a German composer and pianist and a widely acclaimed great composer of the Romantic era. Robert left his law study to pick up the piano and was in line to become one of the finest pianists in Europe before a bad hand injury ended that dream.

He was particularly known for presenting his music with character and referencing different literary works. Kinderszenen, also known as Scenes from Childhood, is a 13 piece set of piano music written in 1838.

Originally written as a 30 piece movement, this work was inspired by his wife's comment that likened him to a child. This bitter-sweet composition is inclusive of several themes including bedtime stories, sleep, and nightly terrors.

Claude Debussy was an influential French composer of the late 19th to the early 20th century.

He began his musical career at the age of 7 in Cannes, before his admission at the Conservatoire de Paris at the age of 10, initially studying the piano before venturing off to becoming a composer.

Clair de lune (Moonlight) is the 3rd segment in a 4 movement composition "Suite Bergamasque". Although an early composition of Debussy's, it’s also one of his most famous pieces.

This simple yet demanding composition took Debussy 15 years to write. It’s a dreamlike and lyrical world of art combined with music. Debussy drew the inspiration for this poem from Paul Verlaine's poem "Moonlight".

Well known as a famous opposition of the Romantic style of music with chord patterns and themes, his intent for this piece was to create a story one could experience. Famous for his impressionism, it leaves little to wonder that this piece is like a work of art.

Unlike the regular harmonious pattern of previous pieces, it awakens a mood that doesn’t only paint a picture but pulls at the spirit.

Clara Josephine Schumann was a German pianist, composer, and piano teacher. She enjoyed a 61-year musical career and is recognized as a distinguished pianist of the Romantic era.

Clara was born to a pianist father and a singer mother. She started music early at the age of 4 and had her first public performance at age 9. She was married to fellow composer Robert Schumann.

The Piano Concerto is the only finished piano work credited to Clara. Composed and completed in June 1833 at the age of 13, Clara first performed this piece in 1834 after a revision of the piece from her husband.

This musical work is filled with vivid imaginations and colorful visions. It was credited to be a truly remarkable composition for a 13-year-old.

Classical piano music has remained relevant through several centuries, thanks to the hard work and ingenuity of these great composers. They’ve inspired people to truly appreciate the many benefits of classical music.