Everything You Should Know About Mozart Last Symphony 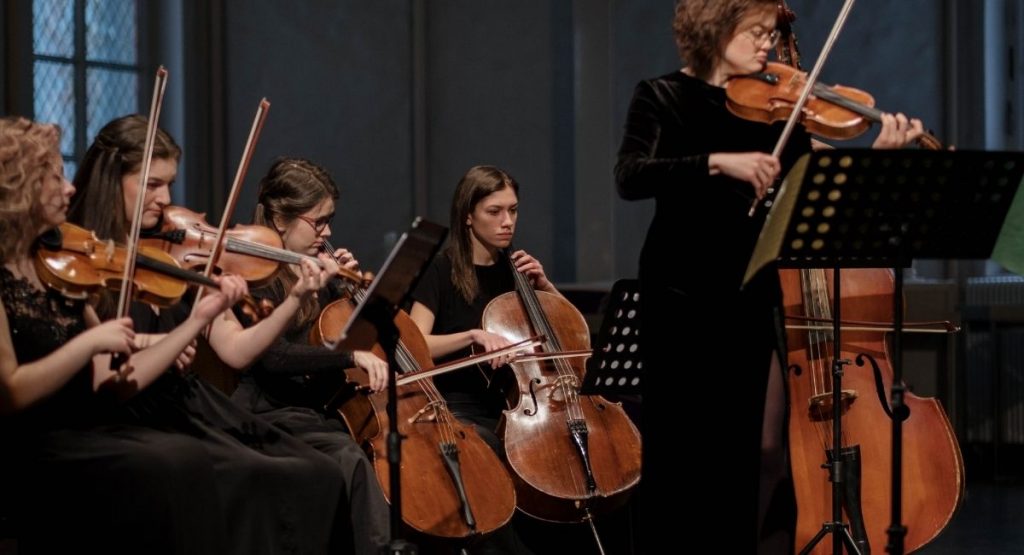 Almost everyone knows about the popular Austrian composer of the 1700s, Wolfgang Amadeus Mozart. The legendary pianist created more than 800 works during his short life of 35 years. What’s more astonishing, his work was not limited to one genre!

Be it an opera or symphony, Wolfgang Amadeus Mozart’s work was a masterpiece in each form. There is no denying that he made valuable contributions to the music industry with his innovative piano pieces and instrumental songs. His music contained a unique depth and emotional reach that has left listeners stunned even until this day.

Even in today’s modern times, Mozart compositions are the height of musical intelligence. People who can master these pieces call themselves pros. Well, in this article, we'll discuss one of his much-celebrated works, the Mozart Last Symphony. Let’s dive right in!

What Is a Symphony?

A symphony refers to a type of musical composition found in western classical music. It is a musical work consisting of several distinct sections and movements. The average count of movements is four, with the first one being in sonata form.

Typically, a symphony gets used in orchestras. These involve woodwind, brass, and percussion instruments. There is also a detailed string section, including a viola, violin, double bass, and cello.

When combined, the orchestra has around 30 to 100 musicians who play their respective instrumental parts of the symphony. Please note that one cannot play symphonies on their own. Although there are solo passages, there needs to be several musicians to perform a complete symphony.

Most symphonies are instrumental only. However, you may come across some that require vocals, such as Beethoven’s Ninth Symphony. Mozart also produced a few musical compositions involving vocal parts. 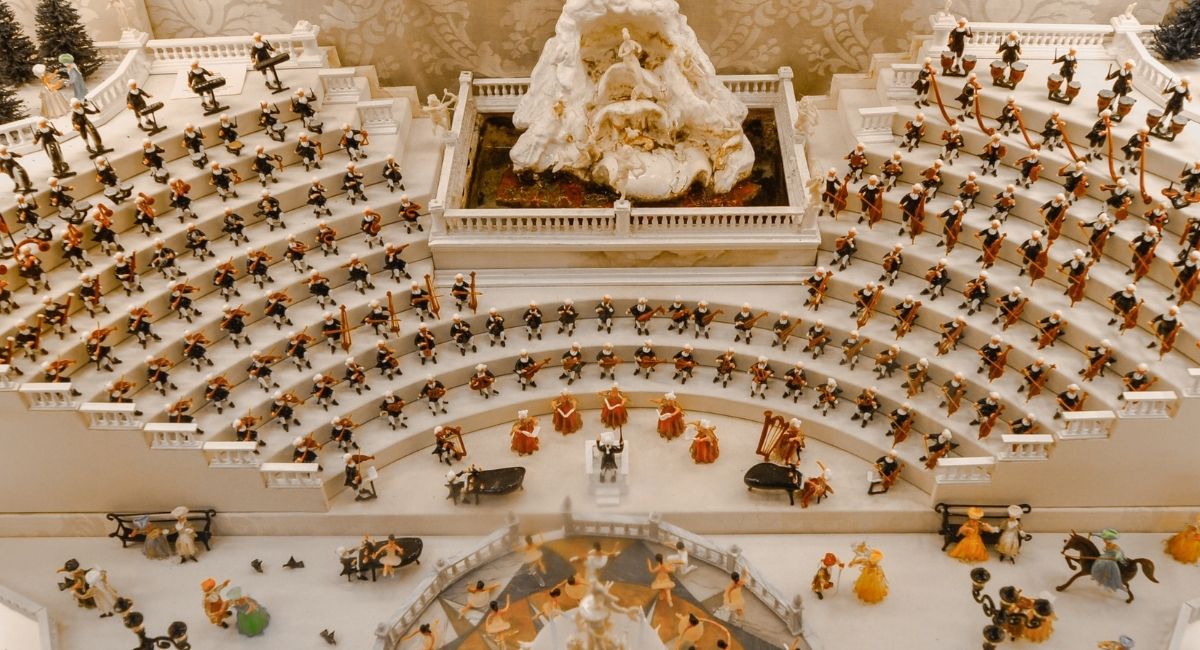 How Many Symphonies Did Mozart Have?

After Joseph Haydn (also referred to as the father of symphonies), Mozart wrote the most symphonies in the world. With Joseph at 106, Mozart outshined all other musicians by making 50.

He worked on this type of music between 1764 to 1788. Symphony No.16 was his very first attempt at the age of 8. Since then, he continued composing symphonies that reflected the influence of famous musicians at that time. These included Johann Christian Bach, Joseph Haydn, and Battista Sammartini.

Mozart’s works began with energetic first movements followed by light and smooth movements. Later, he adopted unique approaches in his symphonies (for example, ending with a fast minuet). These musical experimentations resulted in beautiful masterpieces, such as the last symphony.

On August 10th, 1788, Wolfgang Amadeus Mozart finished his final symphony in C Major (K.551). The great musician titled his longest Symphony No. 41. Since it has an outstandingly beautiful melody, many experts regard this last symphony as the best of his works.

Meanwhile, several critics believe that Mozart created the last three symphonies as a single unified work. This is because Mozart composed Symphony No. 39, 40, and 41 quickly during 1788. Plus, unlike No. 39, Symphony No. 41 has no dramatic and slow introduction. Instead, it has a long grand finale that gives the impression of being the conclusion to the three successive symphonies.

Nonetheless, Mozart’s last symphony holds a special place in the music industry. It uses a variety of instruments. These include a flute, two bassoons, two oboes, strings, trumpets in C, two horns in C and F, and timpani in C and G. All these instruments together create a unique and charming melody. However, it is uncertain whether Mozart was able to play it publicly during his lifetime.

He did plan a concert series named Concerts in the Casino. Records state that he even sent a pair of tickets to his friend Michael Puchberg. But, there is no evidence of the event actually having been held.

The last symphony’s movements are in a traditional symphonic form that people often used during the classical era. It has a total of four movements, including the following.

The first movement is in sonata form and starts the main theme with contrasting motifs. It is a threefold tutti outburst followed by a slightly lyrical response. This particular exchange occurs twice before a lengthy fanfare series begins.

Next, there is a transitional passage in which the contrasting motif further develops. A second theme starts after that features a lyrical section in G-major. But, it ends on the seventh chord and leads to a stormy section in C-minor.

Then, there is a full stop and an expositional coda that ends with a series of fanfares. Development starts with the G-major to E-major modulation and repetition of insertion-aria theme. Soon, there is a false recapitulation that takes the movement back to the initial theme.

However, this time the theme is softer and performed in F-major. The theme gets extended against a chromatically falling bass. A restatement of insertion aria and C-major recapitulation follows the development.

Similar to the first, the second movement is in sonata form too. But, it is in F-major and resembles those of J.S. Bach.

The third movement features a unique chromatic progression that is similar to the famous Austrian folk dance form called Landler. In it, you will find imitative textures presented by woodwinds that get followed by a complete orchestra.

There is also a four-note figure (main theme) in the trio section that appears frequently. However, it is in the scale’s seventh degree and a minor key.

The last movement has a remarkable five-voice fugato that represents the five major themes of the symphony. Throughout it, you will either find the fugato developing one theme or combining and creating a mixture of themes. All five motifs merge to form the fugal coda too.

Why Is Symphony 41 Called Jupiter?

The last symphony of Mozart often gets referred to as Jupiter. According to Franz Xaver Wolfgang (Mozart's son), the nickname was coined by Johann Peter Salomon in 1781. The name is also attributed to the English music publisher, Johann Baptist Cramer.

History reveals that the first chords in Symphony No. 41 reminded Cramer of Jupiter and the thunderbolts. However, the name Jupiter Symphony did not become famous until the 1800s. For a considerable time, only a few experts used it when analyzing Mozart's work. However, the public began to use it more commonly after Salomon's death in 1815.

Why Is the Jupiter Symphony Important?

The Jupiter Symphony (also referred to as Symphony No. 41 or Mozart's last symphony) holds great importance in the music industry. It is one of the best classical symphonies to exist. We say that because it has both a stunningly beautiful melody and a unique composition.

Mozart's last symphony merges the baroque and classical modes of composition. The fugues of the 4th movement extend and intensify the sonata's frame. Meanwhile, the major themes of the symphony mix and develop in the Coda simultaneously.

Hence, the fugue and sonata combine to achieve the charming melody. It is undeniable that the Jupiter Symphony represents the climax of symphonies before the Beethoven era.

How Old was Wolfgang Mozart When He Wrote His Last Symphony?

Mozart's last symphony was No. 41, written in 1788. He wrote it when he was just 32 years old. It is the longest symphony of his lifetime.

How Long Does Symphony No. 41 Last?

Symphony No. 41 combines several instruments to create wonderful music. It lasts around 33 minutes. However, it may finish a few minutes earlier or late, depending on the performer.

Why Did Mozart Write Symphony No. 41?

The actual reason behind writing Symphony No. 41 remains unknown. Experts believe that he wrote the last three symphonies for a concert program or subscription concerts. But, there is no evidence of any event having happened.

Ludwig van Beethoven is the best classical composer after Wolfgang Amadeus Mozart. Born in 1770, he was a German pianist and composer who created many classical works. His musical contributions were to western music like Mozart.

However, when it comes to the number of symphonies, Wolfgang Mozart wrote more than Ludwig Beethoven. Altogether, Mozart wrote around 50 exciting symphonies while Beethoven only wrote 9.

To sum it up, Symphony No. 41, otherwise known as Jupiter, is the last symphony written by Wolfgang Amadeus Mozart. It is one of his longest classic symphonies that lasts around 33 minutes. The piece also uses an innovative art form, including fugues and sonatas.

This is a masterpiece that serves as a source of inspiration for many budding pianists and composers. We hope this article has offered you some insight into Mozart last symphony. In case you still have any questions or doubts, do let us know in the comments below. We will be more than happy to answer any questions you may have!