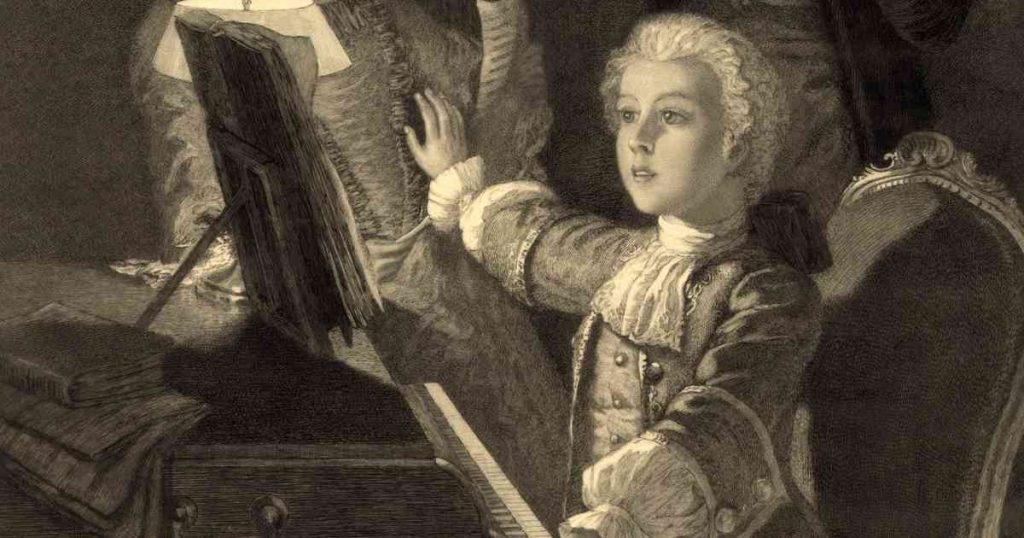 Want to learn more about what instruments Mozart played? Anyone with the slightest knowledge of classical music knows who Mozart is. He's one of the most profound composers in the western world.

Mozart was portrayed in the biographical movie Amadeus as a multi-instrumental musical prodigy. He composed over 40 concertos with amazing agility and flexibility. If you've ever wondered what instruments Mozart played, the ones he enjoyed, and which ones he didn't, you should keep reading.

A Brief Musical History of Mozart 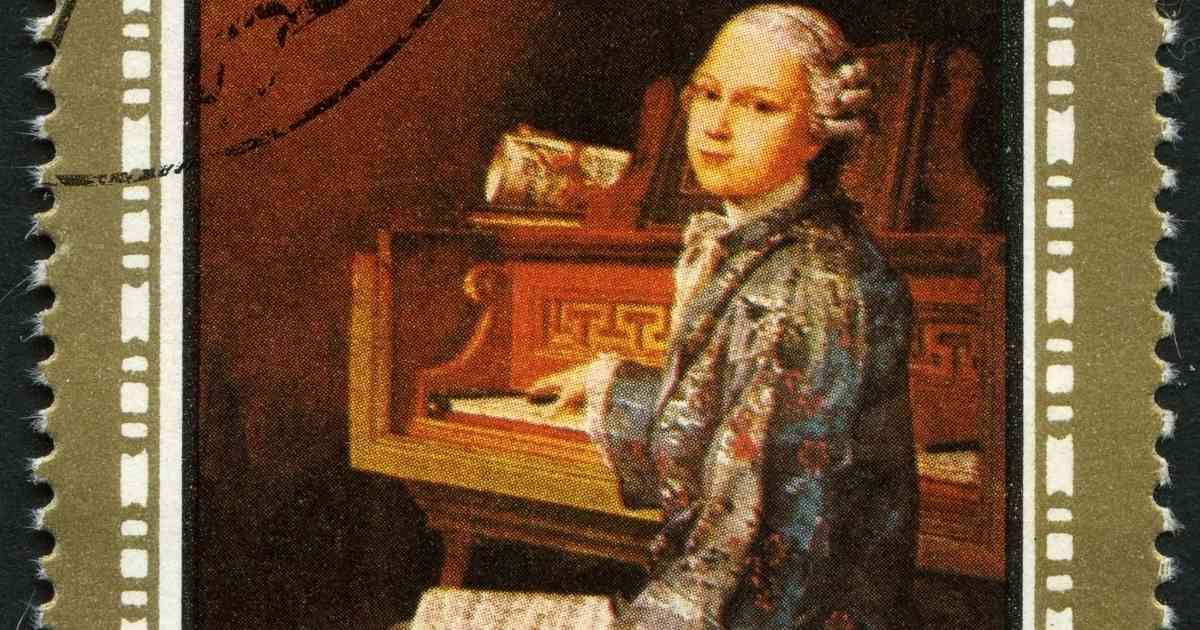 Mozart was fully named Wolfgang Amadeus Mozart. He was born on January 27, 1756 in Salzburg. The composer began to create music at the tender age of five and became a multi-instrumentalist. His father, Leopold, was an established violinist who recognized Mozart and his sister's talent and instantly began to train him.

Anna Maria or Narnnel, his sister, noted that Mozart began picking out thirds and experimenting with the piano. Then, at age 5, he played his first musical piece, a scherzo by Georg Christoph Wagenseil. At this age, he wrote his first piece, Andante in C.

When Mozart was just six, he went on a family tour and earned a reputation across Europe. He played before kings, empresses, and various other high-ranking people. Mozart was trained in clavier and violin, but he was mostly known for the piano and the violin. He traveled to London, Munich, Bologna, Paris, Milan, Rome, etc.

Wolfgang spent his life on the road, living in many of these cities, including Vienna, Salzburg, and Prague, for a while as a music teacher, performer, and composer, before moving to another.

By age 23, Mozart had already visited the popular Mannheim school and famous orchestra in Mannheim. He met several great composers, such as the Stamitz family. Mozart gave music a form of ease and lightheartedness that was scarce in the classical era. He had several performing tricks up his sleeve and amazed people with his ability to play the piano with his hands crossed while blindfolded.

Throughout his life, Mozart composed and played musical instruments. There was no genre during his time that he couldn't imitate or didn't compose for. He played several musical instruments, and we will discuss some of them below.

What Instruments Did Mozart Play?

Mozart played anything and everything. There are extended records of him playing viola, violin, harp, flute, clarinet, trumpet, horn, oboe, bassoon, etc.

Let's look at some of his most popular instruments below 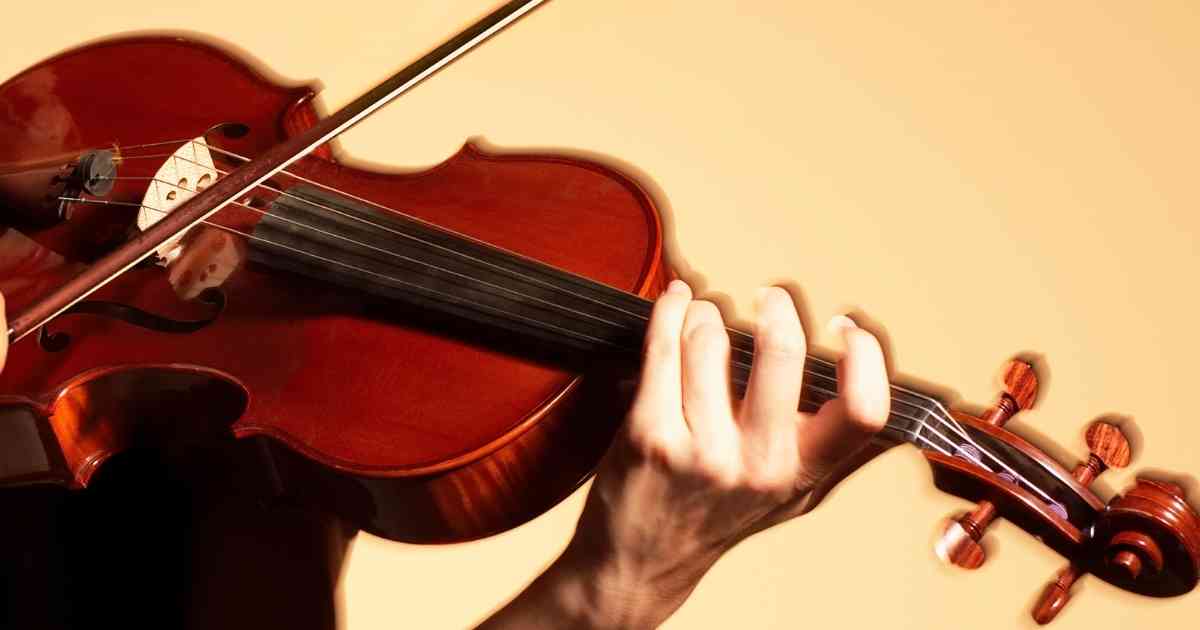 Mozart only composed viola music in the ensemble. Many of his works gave special attention to the viola section as he explored and experimented with the instrument to create independent melodies. Some say this was his preferred musical instrument.

Still, he never composed for solo viola. Instead, he always combined the instruments. One of his most interesting works with a heavy viola section is the Kegelstatt Trio. Mozart's viola was made in Italy and is now a property of Salzburg’s Mozarteum Foundation. 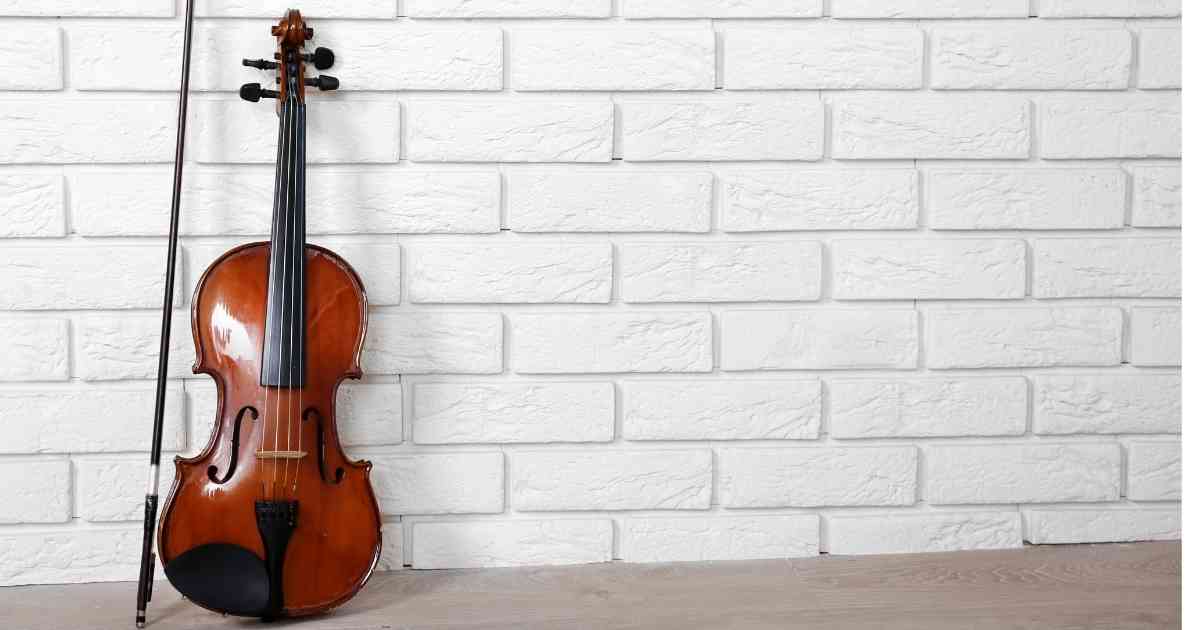 Of course, Mozart played the violin from an early age. It was an instrument he learned early as Leopold, his father, was a renowned violinist. He created a popular technical treatise referred to as Versuch einer gründlichen Violinschule.

Mozart produced chamber music and several other ranges of violin music. This included some works for the larger ensemble too.

He later composed five concertos at age 19 and 36 sonatas for the piano and violin. Another popular work from his string quintet is Eine Klein Nachtmusik (A Little Night Music).

Mozart mostly worked with three violins during his life; his childhood instrument and his costa and concerto instruments. They are not properties of Salzburg’s Mozarteum Foundation. 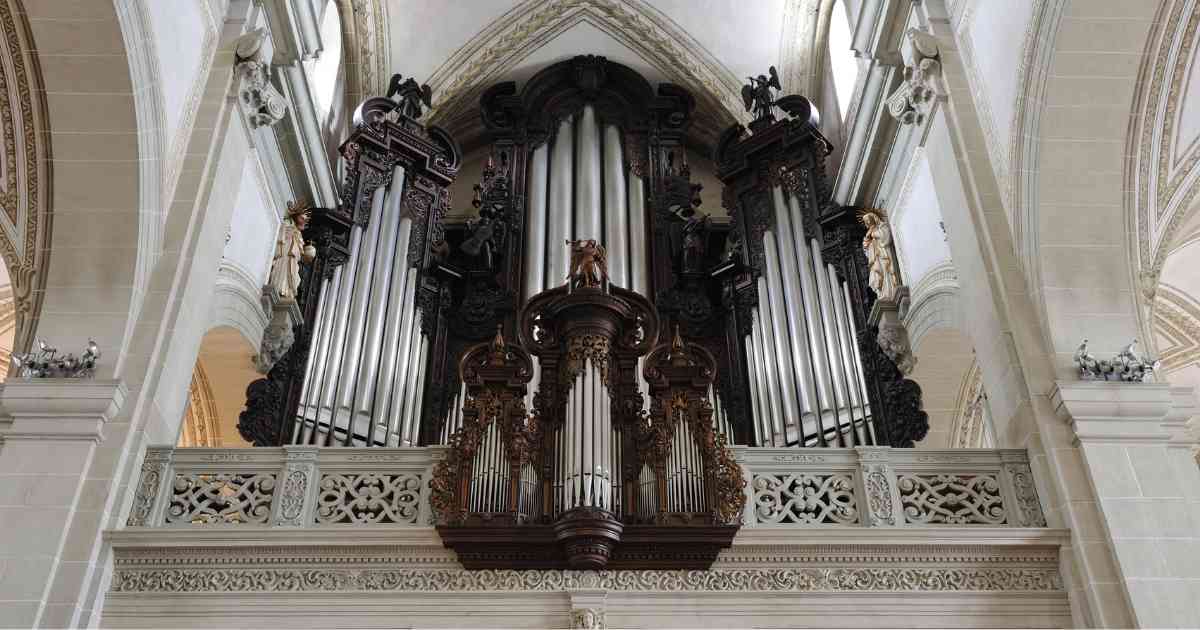 Mozart's personal musical journey began after he learned to play the organ. At 7, he used to stand on top of it, but he later learned to pedal board. The Mozart family were devout Catholics who attended the famous Salzburg Cathedral, or Salzburger Dom.

He performed in several churches and achieved intriguing feats during musical programs and mass. For example, he once changed various sections of classic Christian worship songs into complex fugues during mass at the Court Chapel in Mannheim. This astounded members of the church.

He also played the organ in Verona's Church of St. Thomas, the Antwerp Cathedral, Heidelberg's Church of Holy Ghost, Harlem's Church of St. Bavo, and others. Some of these churches and courts he played for later became his sponsors.

His student, Thomas Attwood, mentioned that Mozart added more pedals to his fortepiano because he was preoccupied with the polyphonic structural quality of J.S. Bach's music. Mozart spent his last years in Salzburg as the court organist to Archbishop Colloredo, so he was the default organist for mass on Sundays. 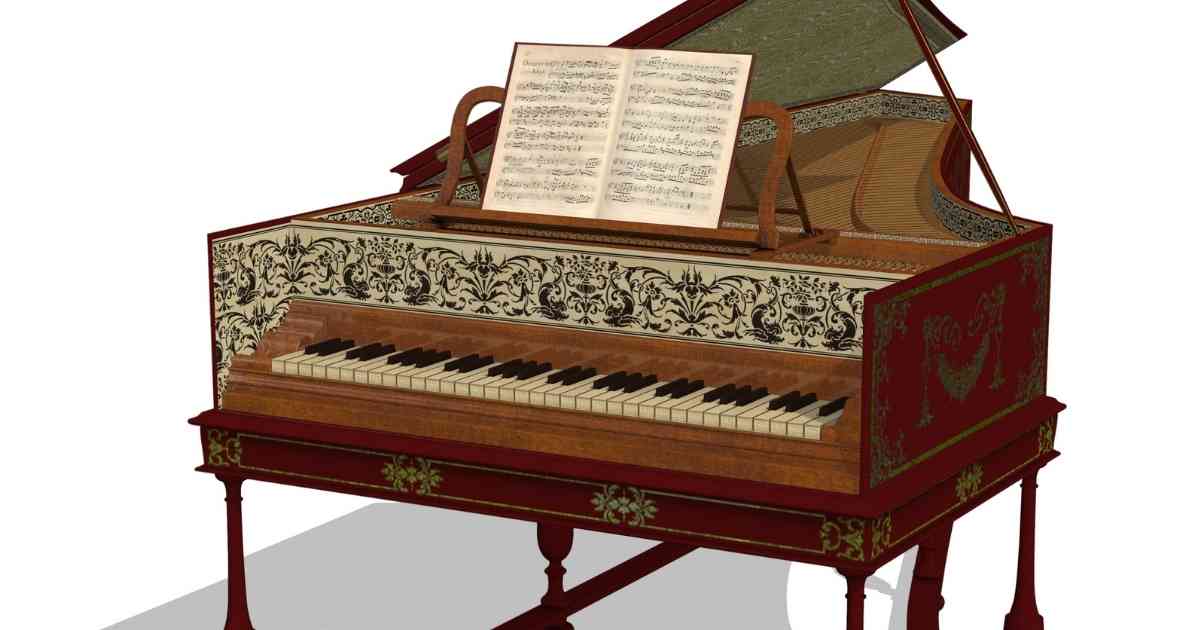 Like several other performers who used the classical style, the harpsichord was Mozart's preferred keyboard instrument. The harpsichord is louder, so it was well suited for collaborative opera performances. He used it while performing, accompanying, and composing different styles and genres. 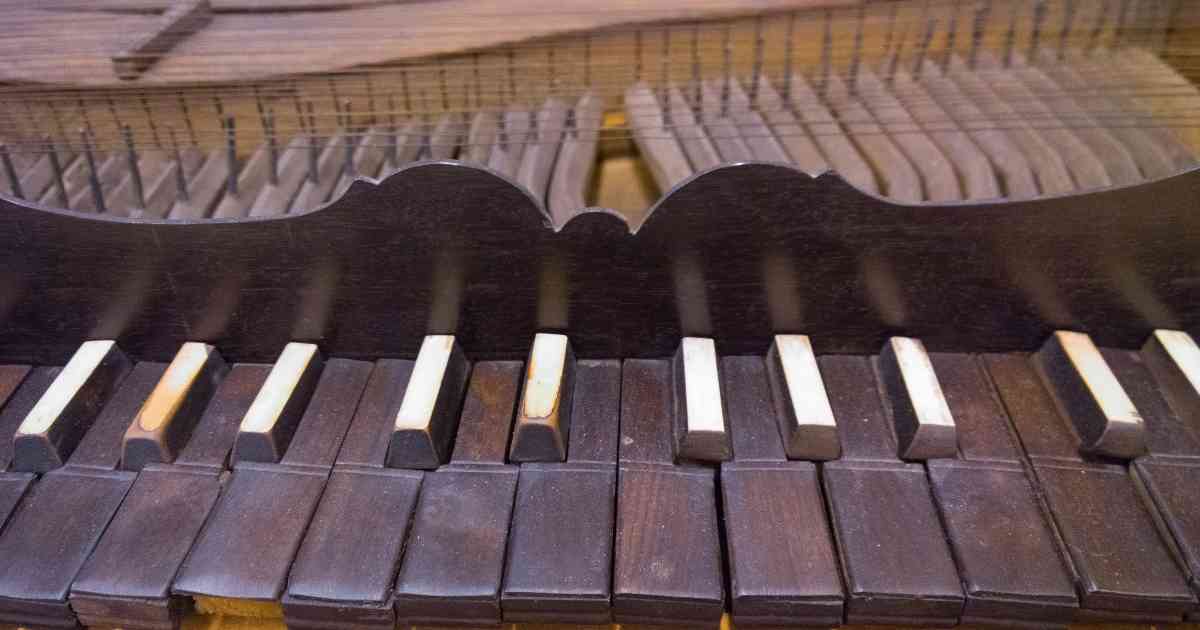 He wrote some pieces for Klavier, which now have modern piano transcriptions. Mozart mostly practiced with the clavichord during private hours in his home.

Even after the pianoforte was developed, Mozart continued to explore all three keyboard instruments available during his time. In addition, Mozart traveled with a small clavichord and had one in his house until he died. 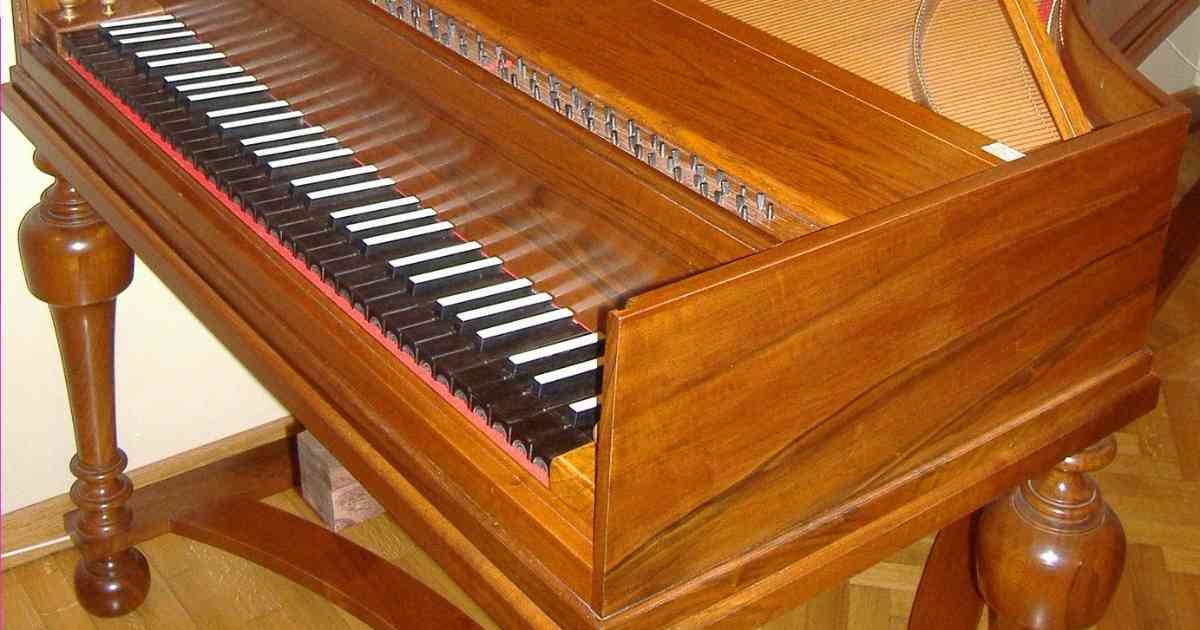 The fortepiano was an invention of the 18th century and one that Mozart played, too. However, Mozart was a keyboard man and didn't pick or drop one instrument for the other. He continued playing the clavichord and the harpsichord as well.

Mozart enjoyed playing the piano during his last few years. He composed and performed several piano concertos in public, especially from 1782-1785. These pieces are part of popular culture and CD recordings of highly respected and popular classical music.

As its name indicates, the pianoforte can play both loud and soft. It was advertised for its ability to play very quietly during that period. The sound ideals of Mozart's time are demonstrated in the refreshing hyperkinetic variety of his piano music.

Mozart's easy sonata or Sonata Facile, Piano Sonata #16 in C Major, K 545, is popular among novice pianists. In a letter to his father in 1777, Mozart described the pianoforte he played at Johann Andreas Stein and wrote some new sonatas to explore the soft to loud dexterity of the pianoforte some weeks later.

One of his most relevant piano works is the third movement, Piano Sonata #11 in A Major, K 331, also known as Rondo Alla Turca. This work has been recreated or inserted in many musical and movie productions. Anton Walter built his main fortepiano, and Mozart's son eventually donated it to the Mozarteum Foundation in 1856. 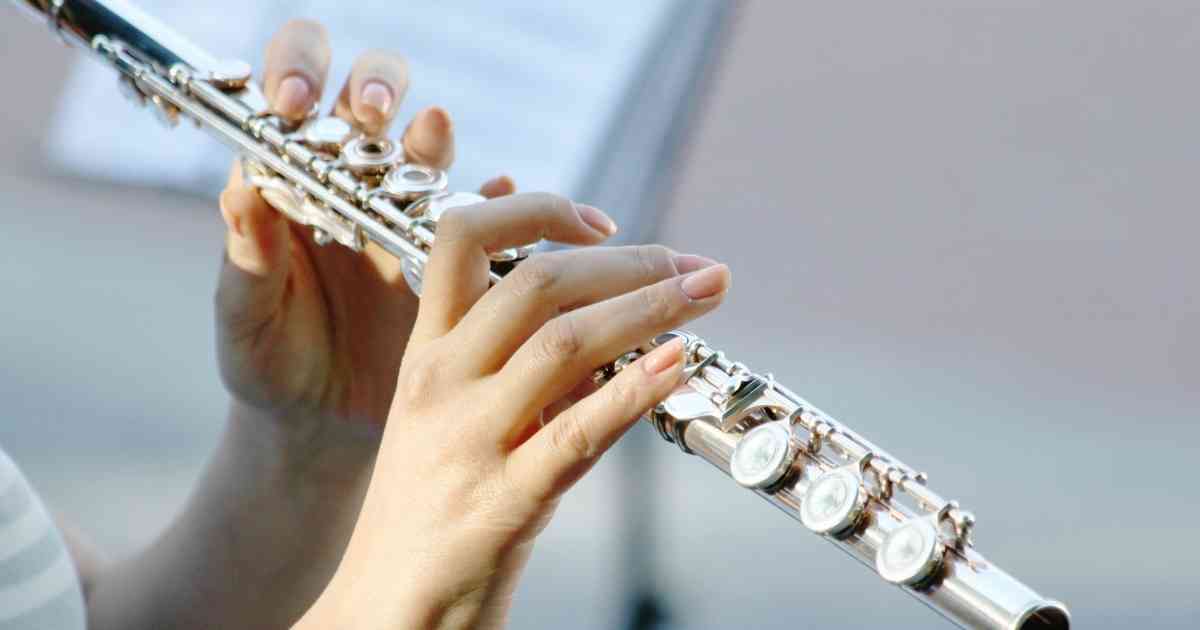 Mozart's flute compositions are highly revered, although he didn't enjoy playing this instrument. He was about 22 years when he insinuated to his father that he didn't like the flute. In the letter dated September 14, 1778, he wrote, "you know that I become powerless whenever I am obliged to write for an instrument which I cannot bear."

Some musicologists have commented that this could have been a passing aversion for flute music at that age rather than a full declaration of his hate for the instrument. Still, Mozart had two flute concertos and four flute quartet compositions. He also has many wonderful flute lines in his other works.

Some of Mozart's Main Works

Mozart's total compositions were about 600, most of which were during the time period from 1761 and 1766. In addition, he had several compositions of classical sonatas, concertos, symphonies, and minuets to be played mostly by violin, keyboard, and harpsichord.

Mozart composed several sonatas and symphonies. The Jupiter Symphony was written three years before his death and is one of his most famous symphonies. He wrote many successful operas, such as Dio Giovanni, The Magic Flute, and the Marriage of Figaro.

Some of his surviving manuscripts were sold by Constanze to Offenbach's Andre in the 19th Century. Some of his biographies were also published in 1798 and 1828. Here's a list of some of his main works:

Mozart was a rare musical prodigy, and although he didn't live long, he left his mark on classical music. His versatility, command, and tone of expression earned him the title of the universal music composer.

His musical style was influenced by Bach, Haydn, Handel, and Mesmer, but he carried the Viennese Classical School to new heights in history. When you think of Mozart, picture a composer and performer who knew no bounds and experimented with every instrument available to him.