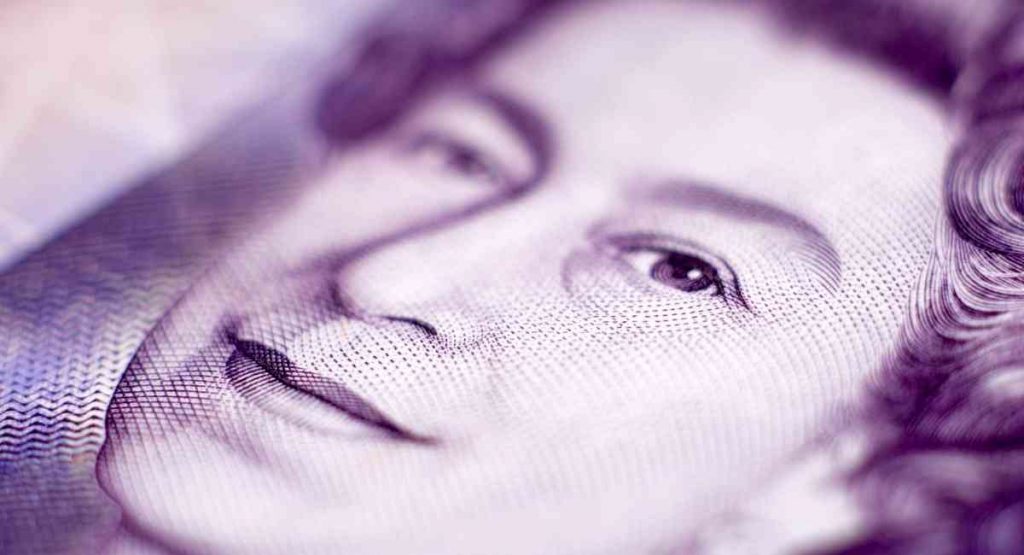 What Is Queen Elizabeth II's Favorite Musical Instrument to Listen To?

While Queen Elizabeth II has not explicitly stated what her favorite musical instrument is, one can argue that the bagpipes may be her favorite musical instrument. Queen Elizabeth II shows her support as a patron for a variety of music-oriented charities and organizations. One organization in particular that she continues to show support for is The Piobaireachd Society.

The royal monarch has woken up to the sound of bagpipes since the 19th century. For the entirety of Queen Elizabeth II's reign, she has started her day by listening to bagpipes. The queen's current Piper is Pipe Major Richard Grisdale of The Royal Regiment of Scotland. His role requires him to play the bagpipes for 15 minutes outside of the queen's window. This applies whenever she resides at Buckingham Palace, Holyroodhouse, Balmoral, and Windsor Castle. Whenever she is at one of these residencies, she will wake to the sound of bagpipes. 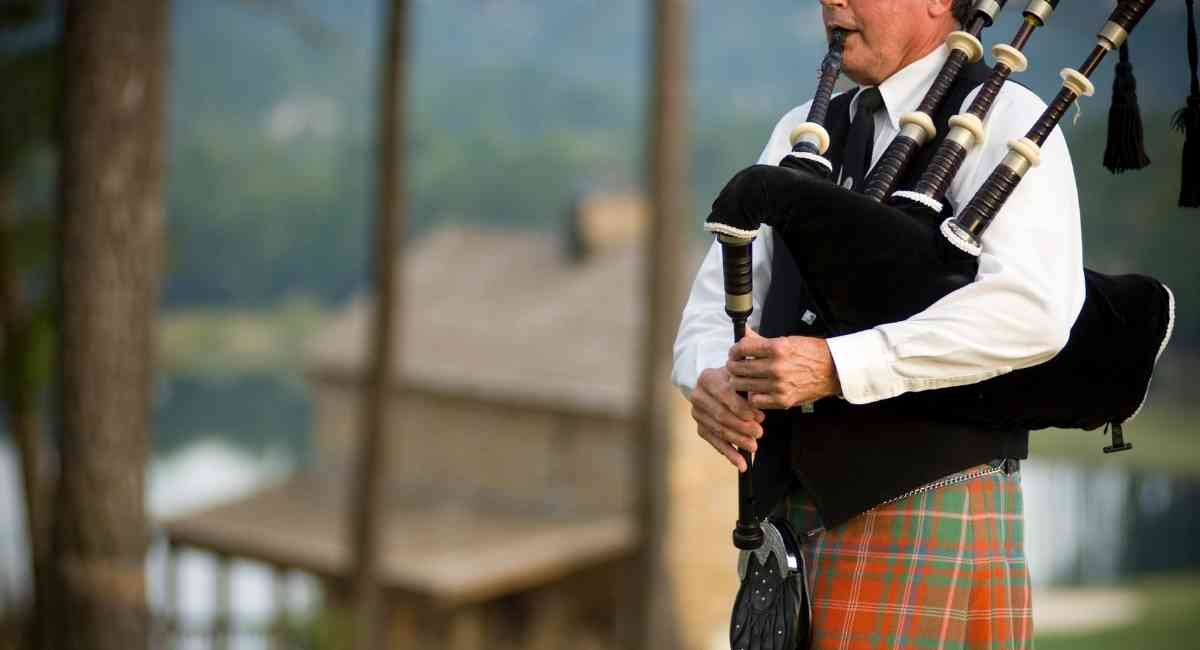 What Is Queen Elizabeth II's Favorite Musical Instrument to Play?

Queen Elizabeth II has been playing the piano since the age of 11. This is the only instrument that she is reported to know how to play. Her sister, Princess Margaret, was recognized for the diversity of her musical talents, including singing. Queen Elizabeth II sang while growing up but is better known for her other interests, such as nature and the outdoors. Despite this, Queen Elizabeth II still took to learning and mastering one instrument: the piano.

Queen Elizabeth II grew up taking piano lessons and learning about the history of music while being taught by Sir William Henry Harris. The St George's Chapel's resident organist would also perform madrigal practice for the chorister, in which the girls would often get involved by singing alongside the choristers. Not only did Sir William Henry Harris contribute to Queen Elizabeth II's piano playing and musical involvement, but her relatives did as well.

Due to the involvement of past queens in a variety of musical talents, it is clear that Queen Elizabeth II would want to continue the legacy by playing an instrument as well. By playing the piano, she is able to honor the past queens and showcase her own abilities as a talented musician who spent years perfecting the craft.

Queen Elizabeth II has not been said to play any instruments besides the piano, yet she has been playing the piano for a long time. Thus, one can assume that she is content with playing the piano and has enjoyed doing so as a hobby. The piano is most likely her favorite instrument to play because – as far as we know – she has not decided to learn to play another instrument.

What Is the History Behind Queen Elizabeth II's piano?

Queen Elizabeth II owns the extravagant piano that was once owned by Queen Victoria. When the 2018 Royal Christmas Message was broadcasted, many noticed the eye-catching piano in the background. People began to wonder about the piano and where it came from.

Since then, the piano has been spotted at the Royal Concert Hall during Mendelssohn's Piano Concerto. Stephen Hough performed his set on the piano, but officially, the piano is still Queen Elizabeth II's property.

The piano was originally built for Queen Victoria. It was often featured in her duets with her husband, Prince Albert. Music was a major part of Queen Victoria's life, so there is no question as to why she would acquire such a stunning piano.

Queen Victoria's piano was built in 1856 by S&P Erard. The firm was known for being a supplier to the French nobility, including the former Queen of France, Marie-Antoinette. The firm was known for their exceptional piano designs, and their pianos have been played by many of the greatest pianists ever known, such as Liszt and Mendelssohn.

The piano built for Queen Victoria was equipped with a new invention by Sebastien Erard, known as the double escapement action. This new feature allowed for the rapid repetition of a single key, which allowed for an expansion in the musical ability for players and a greater amount of variety for solo performers.

Not only did the piano feature the latest revolutionary technology, but it also reflected the classical design of past pianos. The gilded case of the piano was taken from an earlier piano that Queen Victoria once owned. The casing features motifs of cherubs and monkeys playing musical instruments.

This piano is known for its beautiful, heavily adorned exterior appearance but also for its rich history. It is a staple in the royal family and certainly a prized possession to Queen Elizabeth II.

Many wonder how much this piano is worth. An average piano created by S&P during this time period would sell for roughly 138,000 euros now. Given the history of this piano and its significance to the royal family, it would likely sell for much more than this. However, it is unlikely that the royal family would part with this cherished piano.

What Is Queen Elizabeth II's Favorite Music to Listen To?

One might assume that Queen Elizabeth II's music taste consists solely of oldies or throwback hits. However, the queen is not to be underestimated. She has shared some of her favorite music to listen to, and the variety may surprise you.

Queen Elizabeth II is an avid listener of music, having purchased her first iPod in 2005. In 2009, the British press criticized the Obama family for gifting an iPod to the queen. The press felt that the Obamas should have already been aware of her prized possession, a silver iPod mini. Like many of us, she has since enjoyed the mobility of being able to enjoy her favorite tunes wherever she goes.

The queen loves the theater and musicals such as Showboat, Oklahoma!, and Annie Get Your Gun. It’s safe to say that she is a big fan of the show tunes that originate from these performances. Some of her favorite songs include “Oklahoma!” by Howard Keel, and “Anything You Can Do (Annie Get Your Gun)” by Dolores Gray and Bill Johnson.

The queen is known for being a "fantastic dancer" with "great rhythm," according to her cousin, Lady Elizabeth Anson. There is no doubt that Queen Elizabeth must enjoy dancing and singing along to a variety of show tunes.

Several of her other favorite songs include “The White Cliffs of Dover” by Vera Lynn and “Cheek to Cheek” by Fred Astaire.

The queen is known for her devotion to Anglicanism, as is the royal family. So, it isn’t a surprise that several hymns are included in Her Majesty's favorite songs. These include "Praise, My Soul, the King of Heaven" and "The Lord Is My Shepherd."

Queen Elizabeth II's music taste ranges from Scottish ballads, military music, Elton John, and even 1960s pop. She loves listening to the Beach Boys, noting that her favorite song by them is "California Girls."

Queen Elizabeth II has, in fact, shared what her favorite song is. In 2008, DJ Chris Evans noticed the queen's face lighting up when a certain song began to play. Not only did her expression reflect clear excitement for the tune, but she even stood from her seat and made her way to the dance floor. So what is Queen Elizabeth II's favorite song?

The queen's favorite song is “Dancing Queen” by ABBA. The queen told guests at the event, "I always try to dance when this song comes on, because I am the queen, and I like to dance." While many might be surprised to find that this is her favorite song, because it is quite different from her usual playlist, it also makes perfect sense.

While Queen Elizabeth II has not officially stated her favorite instrument, there is plenty of room for speculation. Evidence supports that the bagpipe is likely to be Queen Elizabeth’s favorite instrument to listen to. Not only does she show support for the niche bagpipe organization The Piobaireachd Society, but she also enjoys waking to the sound of bagpipes every morning.

Queen Elizabeth II's appreciation and love for the piano is reflected by the fact that she owns Queen Victoria's piano. Queen Victoria's heavily adorned piano represents the importance of music and piano playing in the royal family.

Additionally, Queen Elizabeth II's love and appreciation for music are emphasized by her diverse taste in music. It is clear that the queen enjoys listening to a variety of music, and her favorite song is “Dancing Queen” by ABBA.

If you enjoyed learning about Queen Elizabeth II's involvement and contribution to classical music, you will definitely enjoy the other articles on our site.