What Is The Difference Between Piano And Keyboard? 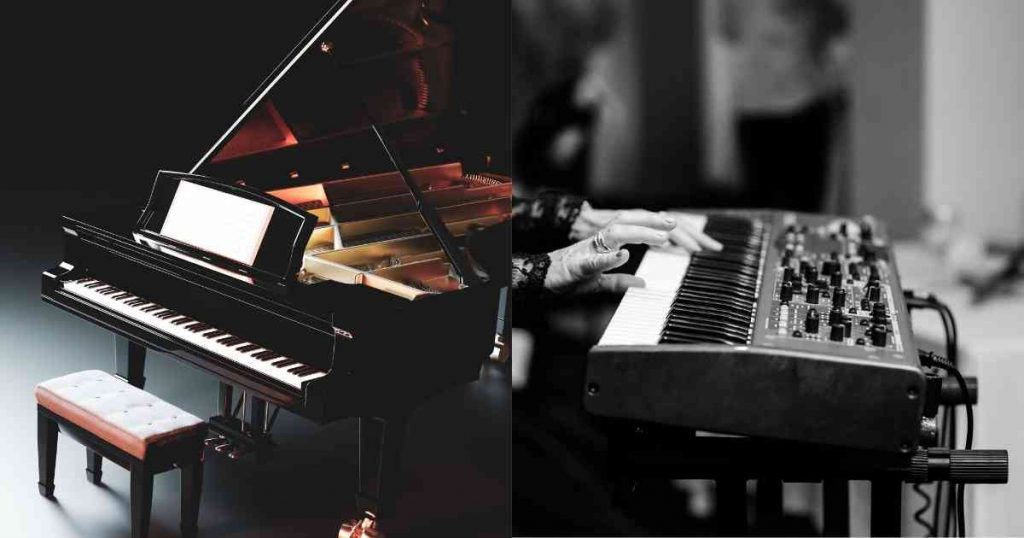 Music is one of the significant characteristics of humanity. Going back in time, we can see traces of music throughout human history. Music has evolved over the years, and we can see the changes in the trending tastes of music.

One great thing about music is that there is no limit to how music can be produced. Many instruments can make music including drums, keyboard, trumpets, saxophones, piano, and keyboard.

In this post, we want to focus on two standard instruments: the piano and the keyboard. What is the difference between the piano and keyboard?

What Is A Piano, And How Does It Work? 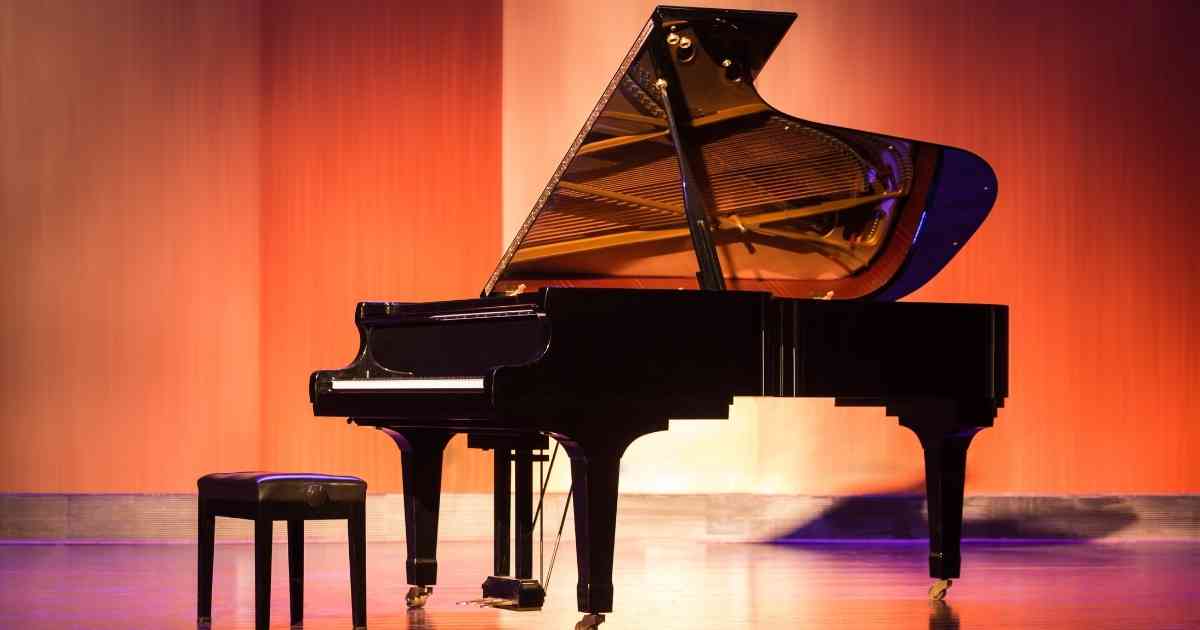 The piano is one of the oldest musical instruments, and it was invented in 1700 by Bartolomeo Cristofori. Over the years, the original design of the piano has evolved, but we can still see similarities in the mode of operation.

Contrary to common knowledge, the piano is a string or acoustic instrument, but you don’t get to see the strings unless you dismantle the piano.

How does the piano work?

The piano uses a keyboard, wippen assembly, hammer assembly, and string to produce sounds. When you strike the keys of your piano, the force produced is transferred via the wippen assembly to the hammer.

Each key on your piano has the wippen assembly, hammer, and a designated string. So, when you depress the keys of the piano, the wippen transfers the force to the hammer, which strikes the string.

When the hammer strikes the string, the sound is produced. The hammer returns to its initial position, so the key doesn’t stay depressed.

What Is A Keyboard, And How Does It Work?

You can think of the keyboard as a more modern piano version. It also uses keys like the piano, but the method of operation is quite different. Keyboards are electronic devices that produce sound.

How Do Keyboards Work? 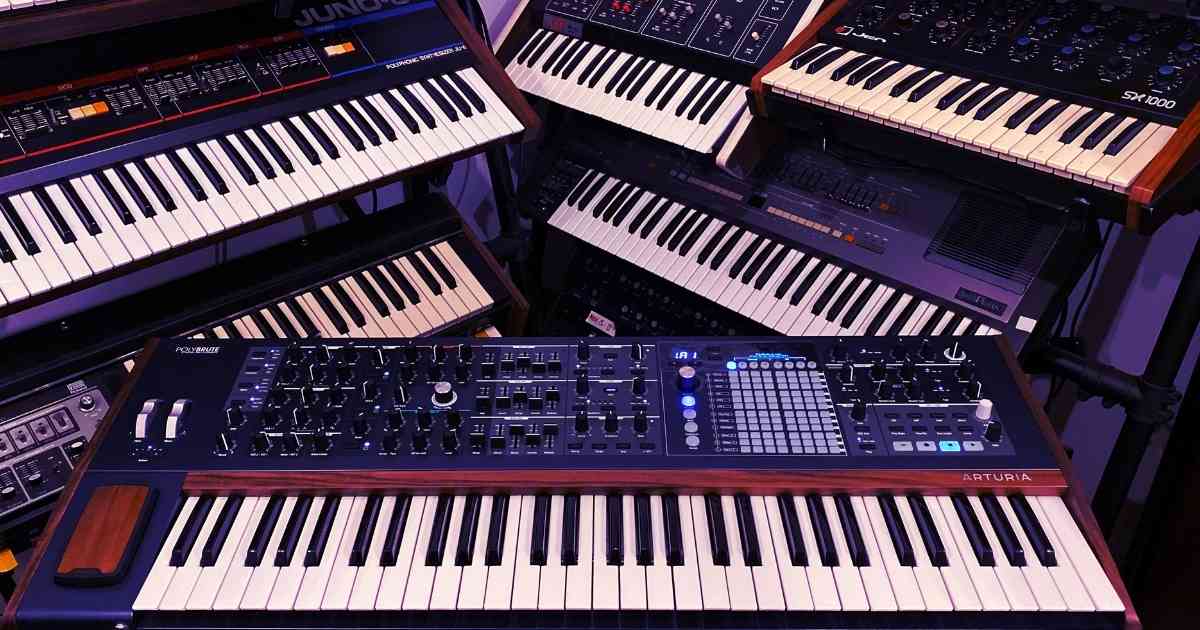 The keyboard uses an eclectic board under the keys, unlike the piano, which uses strings, hammers, and other widgets to operate.

The keys on the digital keyboard are connected to a soundboard. The electric soundboard produces the desired sound when you depress the keys. You can imagine the keyboard has an improved and more portable piano version.

There are different types of keyboards, and there are various sound effects you can achieve with the keyboard. The keyboard is an instrument that can do what a piano can do and more, but a piano is more of a classical instrument with a refined touch.

What Is The Difference Between Piano And Keyboard?

We’ve given you a brief insight into the piano and the keyboard. Now, let’s look at their differences.

The size is the first and most obvious difference between a traditional piano and a keyboard. From our earlier description of the piano, you can see that it comprises more components than the keyboard.

Each key connects to a wippen assembly, hammer, assembly, and individual strings in the piano, so you can imagine how large it will be. Pianos are extensive and occupy a lot of room, and you can't move them with only your hands.

A regular keyboard doesn’t have most piano components such as the hammer, wippen, and string. Of course, the keyboard has keys, but they connect to an electronic synthesizer.

The size of the keyboard is way smaller than the piano. You can carry a keyboard in your hands without too much discomfort, but you can pull a muscle in your back if you try carrying a piano.

If you’re looking for something small and easy to move, go for the keyboard.

From all we’ve been saying so far, we can see another significant difference in their mode of operation.

The keyboard consists of different parts, from the keys to the strings, and they all work together to produce sound. When you depress a key on your piano, the key strikes the wippen assembly. The wippen assembly amplifies the force generated from your stroke, and it transfers the force to the hammer.

The hammer, in turn, transfers the force to the string, and sound is produced. The keyboard operation is mechanical, except for in electric pianos called keyboards.

You can say that the action affects how responsive the piano is to your touch. The action also gives the keys a weighted feeling, making the piano keys feel more stable.

Keyboards don’t have an action component, and the keys don’t have the weighted feeling of piano keys. If you’re used to the piano but want to transition to the keyboard, you can get a keyboard with special weighted keys.

Arrangement Of The Keys

When comparing the keys of the piano and the keyboard, you might not notice much difference. There are some slight differences in the width of the keys of both instruments.

If you look at the piano key, you’ll observe that all the keys have the same length and width. Electronic keyboards have slight variations in their keys' size. Some keys are slimmer and shorter, like the black keys.

If you’re used to playing one of the two instruments, it should not feel different if you decide to try the other. We’re saying that the difference in the size of the keys doesn’t affect how well you can play each instrument. You can still play the keyboard well, even if you’re used to the feel of the piano.

The functionality is another significant difference between our instruments of interest. The standard piano is designed to produce one sound. It can adjust the tones and sound production, but it is still the same piano sound that it will produce.

You can produce sounds like piano, guitar, choir, organ, and several others with the keyboard. All these sound variations are due to the electrical mode of operation of the keyboard and the synthesizer.

If you want to produce different sound options, it is better to go for the keyboard. You can also go for the piano if you don’t mind having one sound but want an authentic piano sound quality.

An actual piano is constructed without any electrical parts, and it is all mechanical. The mechanical buildup of the piano makes it last, and there is a very slim chance of the piano getting damaged. Regarding longevity, the piano takes the lead.

You can leave the piano untouched for several years, and it will still be working. You might need to service it, tune it, and make some minor adjustments, but there will be no significant damage.

Keyboards are prone to more damage than pianos. The electrical nature of the keyboard makes it susceptible to damage in the long run. There is also the possibility of some electrical parts getting damaged due to poor power sources or exposure to the elements.

The piano is excellent if you want something that you can play with and leave behind for your grandkids to play.

The piano can be an antique or vintage instrument, and it sure costs a lot more than your average keyboard. The piano is a more complicated instrument than the keyboard, and it has more parts so it will cost more.

Aside from the initial cost to buy the piano, there is the added maintenance cost. You will need to hire a professional to tune and carry out other general maintenance, which will cost you extra. Keyboards are not as costly as the piano, and they don’t need as much maintenance.

The piano and keyboard are both great musical instruments with similar applications. We’ve looked at each instrument and listed some differences between the piano and the keyboard.

If you’ve been wondering what is the difference between the piano and the keyboard? We hope this post has cleared it up for you. You can learn more about classical music here.