What Music Was Played at the Queen Mother’s Funeral? 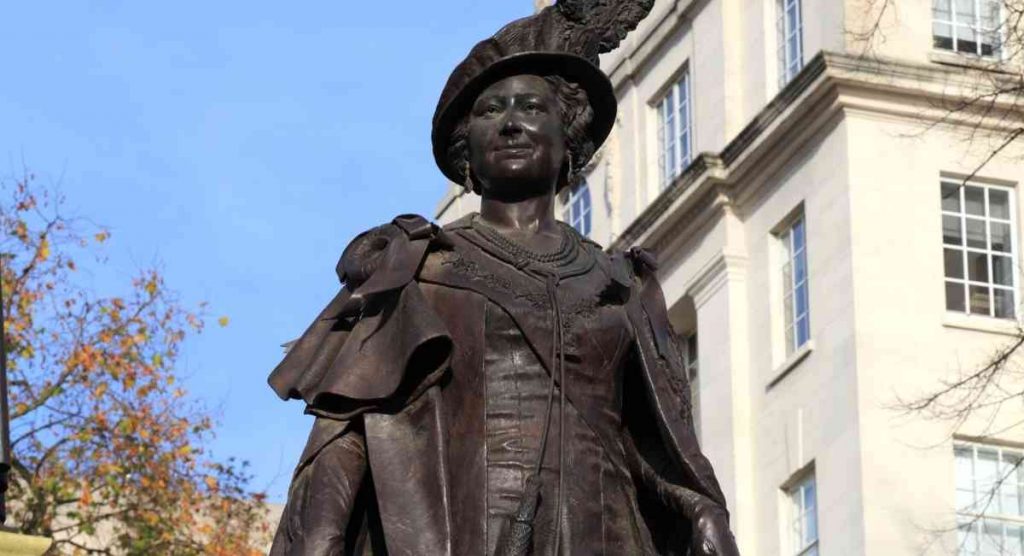 Prior to the service beginning, music played as guests made their way in.

How Did the Queen Mother’s Service Begin?

Before the service began, the tenor bell was tolled every minute for 101 minutes to reflect the years of the Queen Mother's life. The bell began at 9:48 am on the morning of the funeral service and continued as guests began to enter the ceremony. The service had 2,200 guests, most of which were already seated by 10:30 am.

Who Sung at the Queen Mother’s Service?

What Verse Did the Queen Mother’s Funeral Begin With?

The service began at 11:30 am on April 9, 2002. The cortege entered from the Great West Door, preceded by the Collegiate Procession, and moved to the Quire. All the guests stood. The service began with the verse, "You can shed tears that she is gone" (written by an anonymous author), which was selected by the Queen.

The verse begins by telling attendants that they can cry because their loved one has passed, or they can smile and reflect on the great life that she lived. It goes on to say that people can spend their time wishing for their loved one to return, or they can accept the reality that she is gone. They can mourn the loss and feel empty, or feel joyful and full of the love that their loved one brought into their life.

The verse suggests that you can remain stuck in the past, missing the days that are long gone, or you can be grateful for the experiences of the past while embracing the future. You can dwell on the fact that the person you loved is gone, or you can keep her alive through joyful memories.

The overall message of the verse is that you can lose yourself in the sadness of knowing that your loved one is gone, or you can live for them, embrace the future, and live a life that would make them proud.

This verse became very famous after the service. Later on, it was revealed to be based on a poem that was written by David Harkins twenty years before the funeral. Many were moved by this verse and found it incredibly suited for the service of the Queen Mother. The loss of a country's well-renowned leader and ruler can be quite upsetting for citizens of the country, as well as the loved ones of the leader.

A country with proud citizens will always feel the loss of its leader. The Queen Mother was loved by citizens of the UK and her loved ones alike. Citizens and loved ones of the Queen Mother resonated with the feelings of loss conveyed by the poem, hence why the verse was well received by all.

What Verses Followed “You Can Shed Tears That She Is Gone”?

I am the resurrection and the life, saith the Lord: he that believeth in me, though he were dead, yet shall he live: and whosoever liveth and believeth in me shall never die. (John 11:25, 26)

We brought nothing into this world, and it is certain we shall carry nothing out. The Lord gave, and the Lord hath taken away; blessed be the name of the Lord. (I Timothy 6:7; Job 1:21)

The Very Reverend Dr. Wesley Carr, the Dean of Westminster, spoke The Bidding, in which gratitude for the Queen was expressed. The Queen was commended and prayers were requested for her family. Then, The First Lesson from Ecclesiastes, chapter 12, verses 1-7 was read by Dr. David Hope, the Lord Archbishop of York, Primate of England and Metropolitan.

The Choir of Westminster Abbey sang Psalm 121. The message of Psalm 121 is that the narrator will look to the hills when they need guidance, because this is where their help comes from. In the hills, they see God, who created heaven and earth. Nature helps the narrator feel connected to God by looking at the beauty he created and knowing that he is protecting them. The narrator says that the Lord does not sleep or rest, and that he is always protecting the land and the people at all hours of the day.

Psalm 121 is frequently quoted on monuments or sung in memorials for those inspired by mountains or hills, or simply those who find peace in nature and feel close to their religious beliefs when they look to nature. Of course, Anglicanism is of utmost importance to the royal family, so scripture is quite significant to their funeral services.

What Readings Were Spoken at the Queen Mother’s Funeral?

The Second Lesson was read by Cardinal Cormac Murphy O'Connor, the Archbishop of Westminster. Dr. George Carey, the Archbishop of Canterbury, gave a sermon and a reading from The Pilgrim's Progress by the Reverend Anthony Burnham, Moderator of The Free Churches Group.

The Choir then sang The Anthem, which went as follows:

How lovely are thy dwellings fair: O Lord of Hosts. My soul ever longeth and fainteth sore for the blest courts of the Lord: my heart and my flesh do cry to the living God. O blest are they that in thy house are dwelling: they ever praise thee, O Lord, for evermore.

Psalm 84 is a Psalm that provides comfort. It reminds those listening to release their attachment to the physical world and have faith in God's Word. The message of Psalm 84 is to have faith in God and that in this life and the next, God will guide you and provide you with everything you'll need. This message is well received at a funeral, as those in attendance mourn loss and ponder life. It reminds the attendants that according to their faith, their loved one is in God's hands, as they all are. (Psalm 84:1-2, 4)

The Anthem was followed by The Prayers, led by The Reverend Chris Chivers, Minor Canon of Westminster.

What Verses and Hymns Followed the Prayers in the Queen Mother’s Funeral?

Following The Prayers, The Choirs sang a brief verse:

Holy is the true light, and passing wonderful, lending radiance to them that endured in the heat of the conflict; from Christ they inherit a home of unfading splendour, wherein they rejoice with gladness evermore. Alleluia.

Led by the choir, all stood to sing The Hymn:

The Hymn calls for God to guide the narrator through his journey because the narrator is weak but can be protected by his mighty God. He asks God to guide him by hand and feed him “the bread of Heaven” until he cannot eat more. He asks God to open the crystal fountain where the healing water flows, asking God to heal him and help him through his journey.

The narrator asks God to be his shield and his strength as he makes his way across the land. He asks God to ease his anxiety and protect him from death and destruction until he is safe on the other side. He promises to give songs and praises to God.

The Hymn was written by Cwm Rhonda and rewritten by John Hughes and William Williams. Peter William translated the version that is available for English readers today.

The text of The Hymn represents the journey of a Christian as they navigate their life on Earth, looking to God for guidance and eventually finding themselves at the end of their time and the gates of Heaven. The Hymn communicates that even in one's time of death, one must turn to God to safely meet their fate in Heaven.

The Hymn was well suited for the Queen Mother’s service because it alluded to her journey throughout life as a Christian, and that even in her death she was with God and was safely guided to Heaven. This message provided comfort to attendants of the service and loved ones of the Queen Mother as they remembered that the Queen Mother is at peace.

What Music Did the Queen Mother’s Funeral Conclude With?

The service concluded with The National Anthem, led by The Choir and sung by all:

The National Anthem from the 1743 edition of Thesaurus Musicus asks God to protect and save the Queen, and wishes her a long and happy life.

The service concluded with The National Anthem in order to allow attendants and loved ones to praise the Queen Mother and show their utmost respect for her, even after she had passed on. By singing The National Anthem, they honored her life and the role she served in their country.

Final Thoughts: What Music Was Played at the Queen Mother’s Funeral?