What To Wear To A Classical Concert In The 21st Century 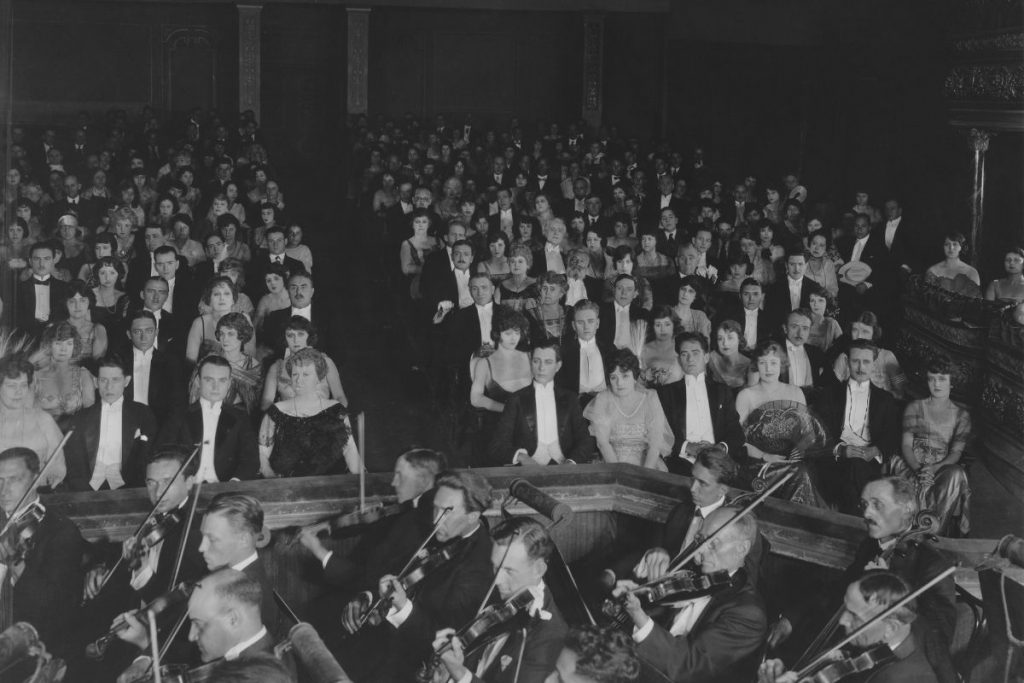 Have you ever crowd surfed? Or jumped into the mosh pit down in the front, right before your favorite punk band? You will see floor seats wherever the action is, be it a rock, hip hop, or pop concert.

But when it comes to classical concerts, the vibe is slightly different - very different.

You might be thinking of expensive-looking women in elegant evening gowns and men in tuxedos tossing keys of the Rolls Royce to the valet, both stopping to enter the room as they're met with lights and eyes from all corners. That’s nothing but a movie scene.

Unless you're attending gala events, dressing like this will leave you sticking out like a sore thumb. Your reverence won't be the target of mockery, but you will still be overdressed.

So, the question remains… what to wear to a classical concert?!

Dress Code: What To Wear To A Classical Concert

Hard to believe that someone as amazing as Adele has no formal training, but it’s true. The power of her voice is breathtaking, and to see her live (if you haven't already) would certainly feel like a special event. What would you wear to her concert?

When you think about what to wear to a concert, you likely think of the environment, the performers, the fans, and the location.

The formality associated with a classical music concert is the result of influence and structure. Classical musicians are classically trained, which means that they have put years into studying not only the practice but the theory (and history) that surrounds their craft.

While classical concerts may play out differently (pun intended) than others you've been to, that doesn't mean your attire will be all that different.

Advice For The Feminine

Women often struggle with the question of what to wear to a classical concert. If you pick feminine clothing items like dresses, you probably had one of two thoughts:

"Oh yay! I get to wear a beautiful evening dress!" 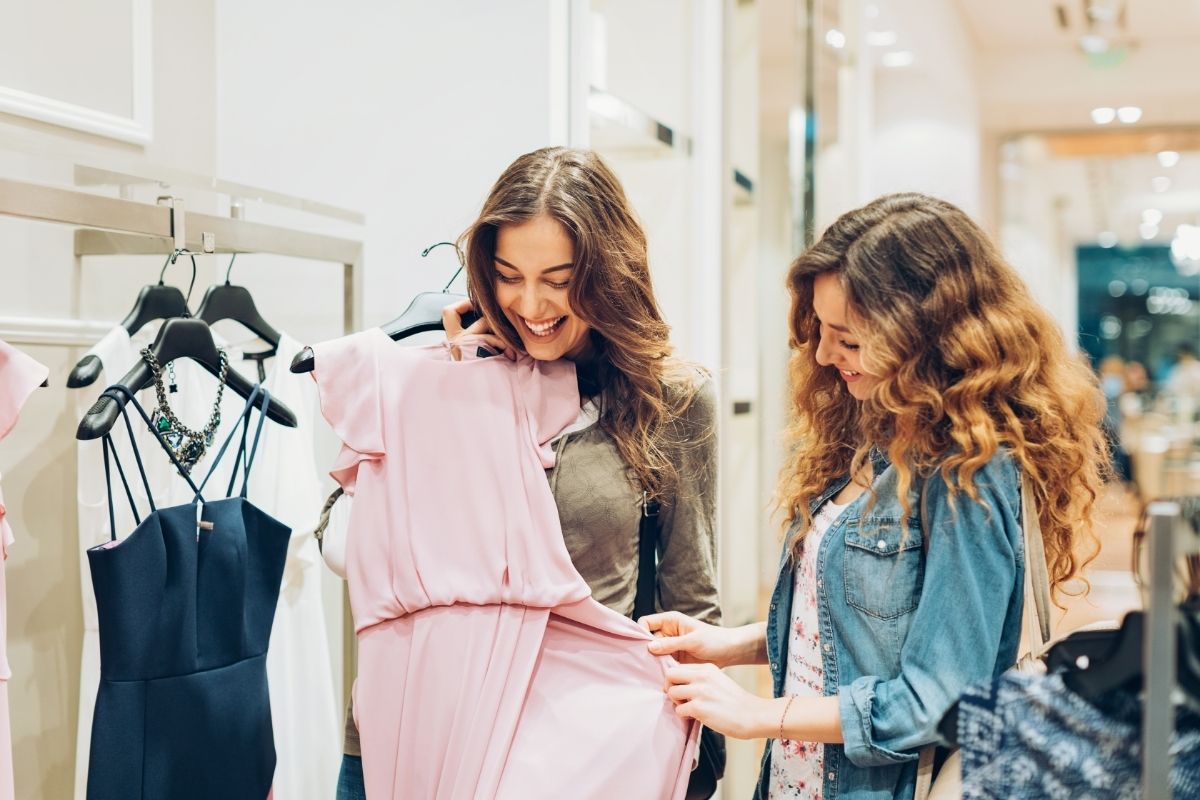 While you can wear a ball gown if it'll make your night even more special, you will likely be the only one in the room. If that’s your style, go for it, be fabulous! Just avoid glitter, sparkle, and gem works so you don’t accidentally catch the light, hitting the cellists right in the eye and throwing off the second movement of Beethoven’s fifth symphony.

For those who are comfortable blending in with the crowd, you have the freedom to wear whatever you like. A blouse and skirt, a casual dress, even a pair of jeans with a nice blouse and cute pair of flats are acceptable.

It is prudent to avoid ripped jeans, and opt for some nice jewelry to add that textural interest.

If you're concerned about showing 'too much skin', err on the side of conservative with a light sweater or scarf that you can remove.

You can also pick your outfit based on the timing of the concert.

For an afternoon performance, feel free to wear business casual, whereas you can lean toward an elegant style for evening events such as a cocktail dress and cute heels.

Guidelines For The Masculine

If you prefer masculine styles, the task will be much easier, especially if your last trip to the concert hall was in an old t-shirt and jeans to see a country band.

While this will be much easier than anticipated, there are some things you need to remember.

If you're attending the lunch matinee, throw on a crisp white shirt and a blazer, some nice jeans, and a clean pair of shoes, and you'll do just fine.

Keep in mind that nice jeans in this instance refer to the distressed, single-toned, even nicely ironed sort - nothing worse than a pair of wrinkled jeans. 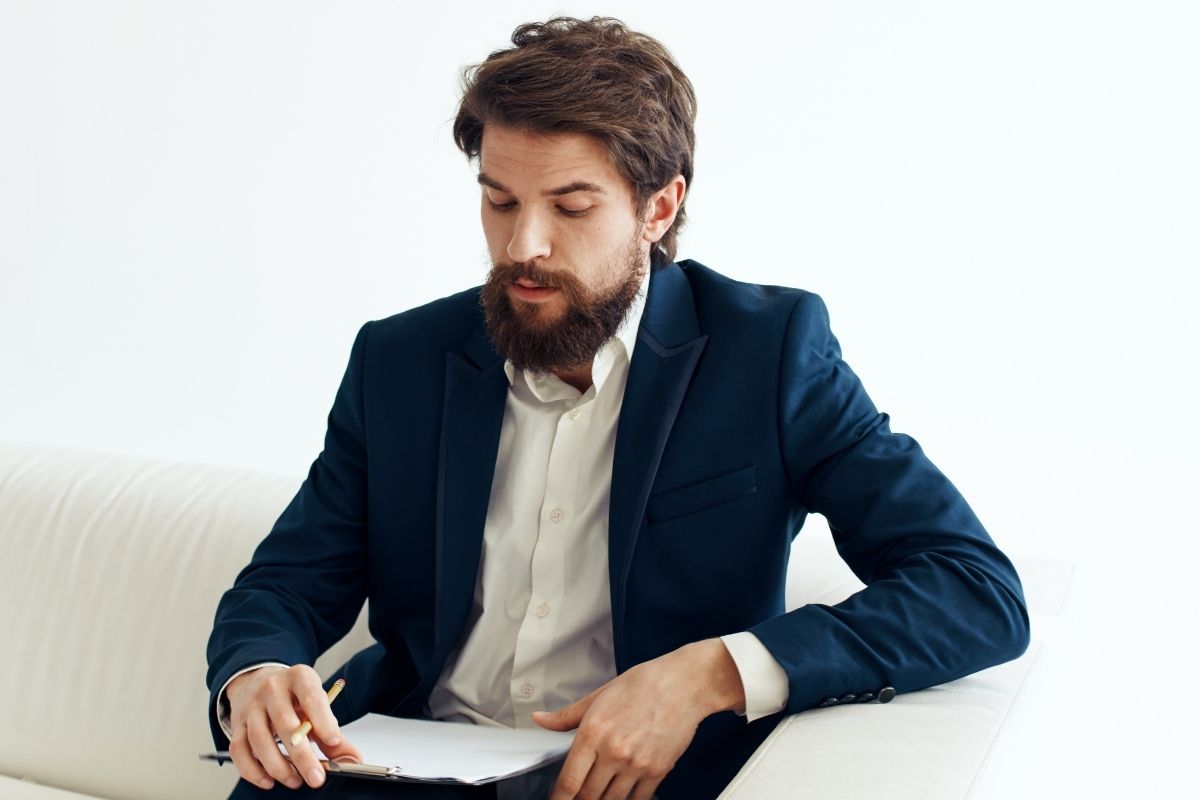 Evening concert? You can call off the tuxedo. Go to your closet, pull out your business clothes including a button-down shirt, comfortable blazer, slacks, and dress shoes. Easy.

If the event is expected to be more formal, you could throw on a tie or, better yet, a bow tie. In most cases, this will likely be unnecessary.

Is There A Dress Code?

While some venues may impose their own dress rules for special events, the dress code for classical concerts is generally a rather casual attire. Keep in mind that the “casual” requirements can be subjective, so the tips above should come in handy.

Patrons of symphonic concerts in a concert hall tend to be more dressed up than those enjoying a casual concert series from a lawn pavilion. Do your best to match the environment.

If you are traveling and are unsure of the local customs or requirements, you can always ask the box office.

Dress for The Ticket

One of the best tips we’ve come across is to dress for the ticket, i.e. dress based on how much you spent to attend the event.

If it was $15-25 you’ll be safe wearing more casual attire. If you’ve spent $100 or more on a single ticket, you’ll want to go a bit more formal. Again, people don’t generally wear swanky tuxedos and elegant gowns to a symphony.

That said, the cost of a ticket doesn’t necessarily equate to how special the occasion is, so if you want to dress to the nines for your night out, enjoy it!

Is A Bit of Color Okay?

Colour can be seen as an important choice when it comes to dressing for a classical concert. It is safe to say that there are specific colors you should not wear, such as yellow, orange, and red.

While it may seem outmoded, it follows tradition and orders much the way classical music does.

More masculine styles should especially be considered if wearing color, though this is a topical argument that continues amongst classical connectors.

Then again, the way we dress is an expression of self, and that’s very meaningful for some. If you cannot bear going without color, playing with your accessories and jewelry is a good way to stick it to the old ways, moderately.

A Note On Best Behaviour

If you came here to learn about what to wear to a classical concert, then chances are you've never attended one, and therefore aren't aware of the etiquette.

Orchestra concerts can feel like a giant production, which can be a bit overwhelming. The advice often given is to keep quiet and clap politely, though it’s not entirely that way.

While their mastery may draw breathy oohs and ahhs from the crowd, the general rule is to be as quiet as possible until the appropriate time. If you have a cough, you may not want to attend or suffer the glaring impatience of other spectators.

While the performance is on, allow musicians to perform while seated and listening.

For those of us who are unfamiliar, or at least not deeply familiar with classical music, this can be rather confusing. While there is a pause - there often is - it seems natural to applaud, but remember that some symphonies have multiple movements or parts that may or may not be connected. In either case, you should hold on to clap until the entire piece is completed.

When a piece is complete, there will often be a lively, excited response from the crowd as they take their opportunity to show their appreciation and adoration. If you're uncertain of when to clap, keep an eye on the conductor. They will drop their arms and turn to face the audience, who will then applaud.

If you clap accidentally, don’t stress over it. You may get sighs of annoyance or glares from those who are classical concert enthusiasts, but it’s not such a big deal. Reading the room and letting the rest of the audience guide you is the best way to know for sure that you’re in bounds.

Though it’s easy to let it be so, do not let classical music intimidate you. Your concert experience should be about exploring the magic of the music, having fun, and enjoying yourself.

When you find yourself asking what to wear to a classical concert, do two things: embrace that it’s a special night out and that you should also be comfortable to be in for quite a show!