Who Wrote The Most Symphonies? 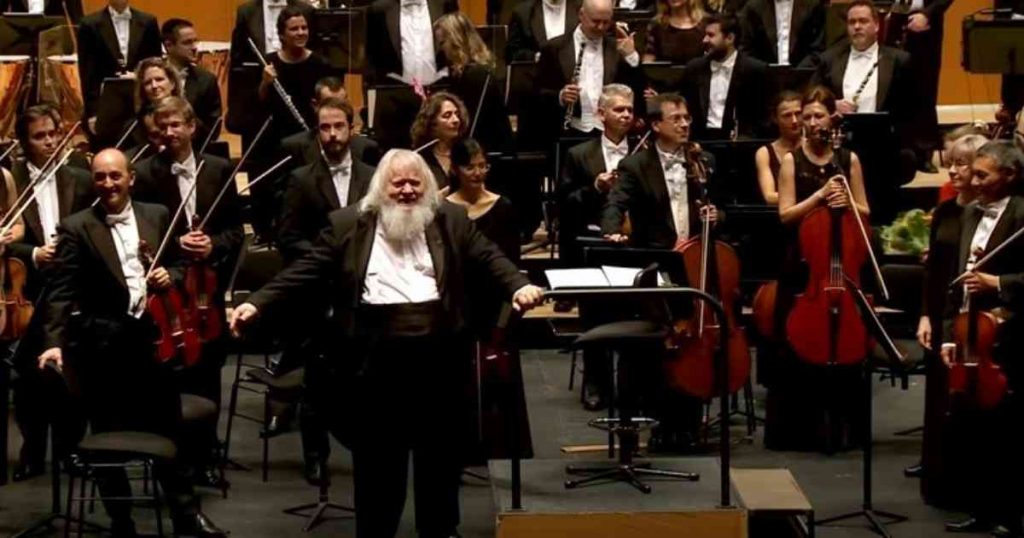 Symphonies are elaborate musical compositions for a full orchestra. Some composers are well known worldwide, like Beethoven, Haydn, and Mozart. But who wrote the most musical symphonies?

In the early times of the classical era, the symphony became established as a musical form. It has remained the building block of orchestral practice to the present day. Writing a symphony represents the highest achievement for composers in so many ways. Many people want to know who has written the most number.

We will now discuss some famous symphony writers and their achievements. We will also detail who wrote the most symphonies.

Symphony Writers And Their Achievements

As we look at crucial composers of the classical period, it is expected to examine W. A. Mozart. W. A. Mozart composed eight hundred works of various genres during his time. Forty-one symphonic works are credited to Wolfgang Amadeus Mozart.

Some of the earlier symphonies of the Austrian composer are not included in this number and will push the total closer to fifty. Given that W. A. Mozart lived for only 35 years (January 1756 to December 1791), composing forty-one symphonies is a small feat.

Mozart Symphony No. 41 K.551 is considered his finest work and his most extended. Some of his other works could be called symphonies of that time but are not recognized as symphonic music in the present age.

W. A. Mozart did not write the most symphonies, but he is considered one of the most important symphonists of the 18th century.

Joseph Haydn was an Austrian composer said to be the one who wrote the most symphonies. Haydn’s symphonies were sometimes scored only for percussion, strings with woodwind, and brass.

This became a fixed feature as the age progressed and the established symphonic form. Joseph Haydn was a contemporary of W. A. Mozart. His output includes String quartets, Sonatas, Symphonies, Concertos, Oratorios, and Masses.

Haydn’s work carries a compelling and enduring vitality and humor. He wrote around 104 symphonies over thirty-six years. This kind of output spans the whole of the classical era and serves as an excellent guide to the development of other composers.

Franz Joseph Haydn was very instrumental in developing chamber music like the piano trio, and the string quartet. Due to these contributions, he is called ‘the Father of Symphonies’ and ‘Father of the String Quartet’ by many people. He was born in the year 1732 and died in the year 1809.

During the time of German composer Beethoven, the musical structure changed. This gave rise to longer works, closer to an hour or more in duration, and an instrumental force of close to eighty people.

Beethoven was a pianist and remained one of the most admired composers in Western music history. Although Beethoven composed nine symphonies, his works rank among the most performed classical music.

These works span the transition from the classical era to the romantic era in classical music. Beethoven was born in Germany in December 1770 and died in March 1827 in Vienna, Austria. Ludwig van Beethoven developed the symphony from an everyday genre of music to a supreme art.

Composers of symphonies today strive to reach the highest potential of classical music. His fifth symphony is the most known and performed among all his works. During the middle stages of his life, he grew deaf, but that never stopped him from composing.

Schubert was an Australian composer of the late Classical and early Romantic eras. Hence, he is classified as one of the last classical composers and one of the first romantic ones. He was born in January 1797 and died in November 1828. Schubert left behind more than six hundred vocal works and seven complete symphonies even with his short lifetime.

He was especially noted for his melodies and harmony in his songs and chamber music. The various compositions he wrote between 1813 and 1815 are very remarkable for their intrinsic worth. Apart from his string quartets, he had three full scale masses and up to nine symphonies, but the eighth symphony was never finished.

Schubert’s many unfinished projects provide insight into the working of his musical mind. They also serve as inspiration to many composers today. Franz Schubert received a thorough musical education at a boarding school, where he received a scholarship. He was excellent with instruments and also knew how to sing.

Although he did not write the most symphonies, he wrote over five hundred vocal works and nine symphonies.

Gustav Mahler was a romantic composer who was one of the leading conductors of his time. The Australian composer was born in July 1860 and died in May 1911. He composed ten symphonies and various orchestral songs. These brought together many strands of romanticism.

Until years after his death, Mahler was not well known for his music. Gustav Mahler was regarded as a forerunner of 20th century composition techniques. He even became an acknowledged influence in the lives of many composers like Dmitry Shostakovich.

Even though he started as a musical conductor, Gustav Mahler’s creativity was concentrated on symphonies and songs. The Australian composer completed nine symphonies, while the 10th was unfinished at the time of his death.

Ralph Vaughan Williams was an English composer born in October 1872 and died in August 1958. His work includes chamber music, operas, ballets, and an orchestral collection of compositions.

He was also a collector of folk songs and was the founder of the nationalist movement in English music. Ralph Vaughan Williams's nine symphonies have a distinctive and harmonious style.

Williams’ German style music created a break in the influx of folk songs and British music. Vaughan Williams is one of the best known English symphonists. He is especially noted for his music's wide variety of moods.

Till today, his works have continued to be an influence in the British concert repertoire. All his major compositions have been recorded. Ralph Vaughan Williams is a great symphonist but not the person with the most symphonies.

Havergal Brian is an English composer born in the United Kingdom in 1876. He composed a total of 32 symphonies. He also composed operas and orchestral works. Most of his symphonies came in the later stages of his life.

Brian enjoyed periods of popularity in his life, but his public performances remained rare, and he was even described as a cult composer. He was most productive late into his career. He composed various large pieces even till his nineties. But most of the work remained unperformed during his lifespan.

His best known work is Symphony No. 1, The Gothic, which calls for a sizeable orchestral force to be performed. Havergal Brian wrote a lot of symphonies but is still behind Joseph Haydn and W. A. Mozart in number. Havergal Brian is also said to have written one of the largest and longest symphonies ever (The Eighth).

Segerstam is a very interesting and creative composer. He was a pianist, violinist, and conductor. As of April 2021, Segerstam has composed a staggering three hundred and forty-four (344) symphonies.

Based on this statistic, Leif Selim Segerstam likely composed the most symphonies. The 1944-born musical conductor is one of the Nordic countries' most versatile musical talents.

Leif Segerstam’s recordings are recognized all over the world as outstanding modern works. He has also written string quartets, violin, piano concerti, and chamber and vocal music throughout his career.

There are many composers with various numbers of symphonies written, but out of them all, who has written the most symphonies? The answer is Leif Selim Segerstam, with a staggering number of three hundred and forty-four (344) symphonies composed.

The Finland-born composer has surpassed the likes of Joseph Haydn, the father of symphonies. His total can still increase as he is still alive and writing today.