Baroque vs Classical vs Romantic: Which Was The Best Musical Age? 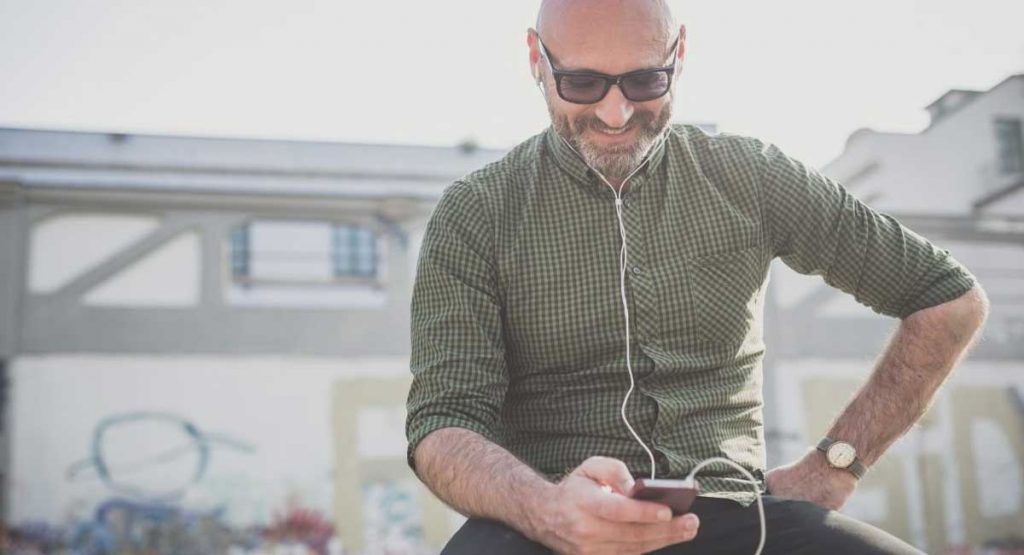 The tags we currently use to define musical ages did not exist at the time. We retrospectively classified music according to the content they covered and the general style. As a result, it’s hard for us to proudly say which one was best. Each age had its shining features and there are different reasons why it’s a valid contender.

In this article, we’ll be jumping into the baroque vs classical vs romantic debate, exploring each age, the composers that fall under the category, and why it was so interesting.

Baroque music reigned between 1600 to 1750. Before Baroque came along, composers produced Renaissance-style music. The Renaissance music era focused on moving music from medieval constraints and toward range, rhythm, harmony, and form. The Baroque era picked up from this and moved toward a more exaggerated sound. 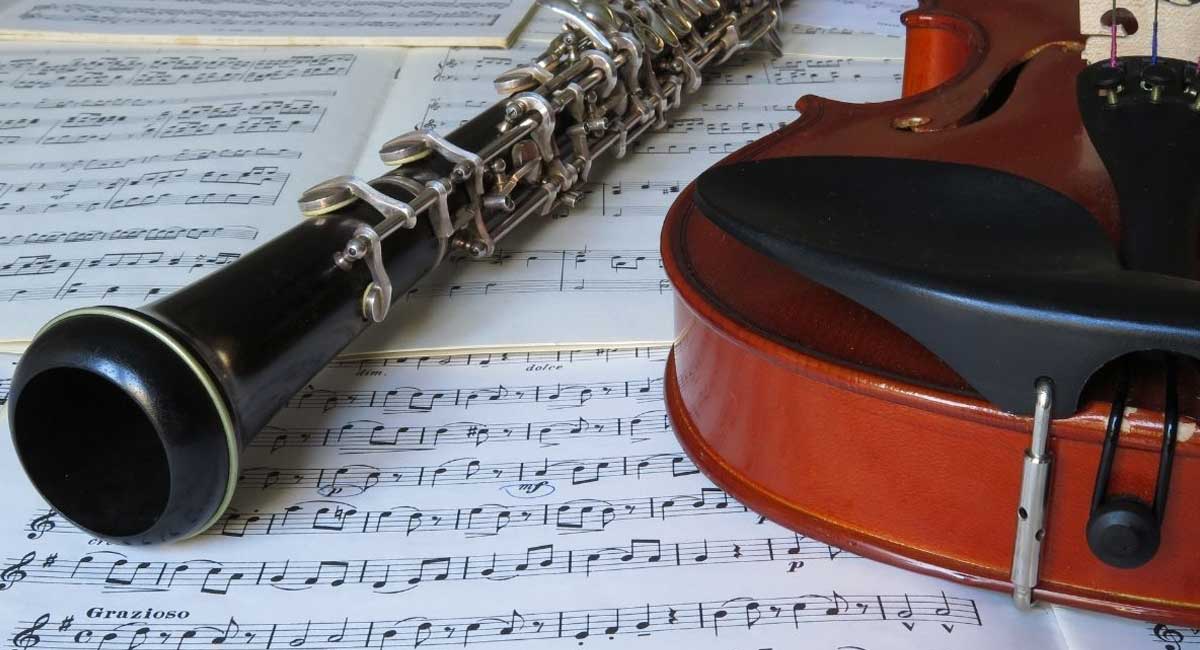 The origins of Baroque music are intricately tied to the origins of opera. The style started becoming popular because a group of composers, singers, and players were dissatisfied with the monotonous nature of Renaissance music. They started playing around with harmonies to see if they could add an extra flair.

Claudio Monteverdi is credited as one of the composers who pushed the transition to Baroque music. He simultaneously developed Renaissance and Baroque music and made Baroque more palatable to the masses. He used operas like L’Orfeo to bring more attention to the genre.

Baroque music was all about adding drama, so there’s a stark contrast between loud and soft ensembles. There’s also a contrast between solos and ensembles. Using contrast to add drama was a smart move because each instrument had a chance to show its range. For example, a piano piece could change the tone between each movement.

Music before this era was produced in a monody (a single melody). At most, a song would be accompanied by different instruments. However, this era put more emphasis on harmony and melody. Composers started exploring how they could play around with different melodies, and still create harmony.

Since this time came with the rise of opera and oratorio, music was seen as a form of communication. It could now compete with other art forms because it could also demonstrate themes and convey emotion.

Once it caught on, extraordinary composers came up during the Baroque period. The most popular composer from this era is Johann Bach. Bach produced music for the Church during most of his career, and he is well-known for his vocal and choral arrangements.

He’s so influential that almost every classic musician knows how to play a Bach piece or two. Even if you’re not a player, you’ve probably sung a Bach hymn when you visited a church. Unfortunately, he knew that Baroque music would end with him and another musical era would probably take over.

Other famous composers from this time include Purcell, Corelli, Vivaldi, and Handel.

Here’s an album where you will find some of the best Baroque era music of all time.

The classical era came straight after Baroque. It occurred between 1730 and 1820. The music was less complex and softer than Baroque music. Even though it was popular for a long time, it was eventually replaced by Romantic music.

Classical music was inspired by art of the time. Europe moved towards a newer architecture, art, and literature style, and music also followed the course. The new philosophy focused on order and hierarchy. Also, it was cleaner and took away the bright contrasts. Classic music was more about simplicity than anything else.

Joseph Hadyn is marketed as one of the earliest composers of the style. He had the power to break down opera and focus more on the tone. Classical music removed the drama from Baroque and broke it down to the basics, without making it empty or boring. Joseph Hadyn wrote more than 40 symphonies in his attempt to make the style more recognized.

Classical music is much simpler and lighter than Baroque music. The style is predominantly homophonic. Each piece has a single melodic line that has a chordal accompaniment.

Homophonic music has extra musical strands that support a single harmony. The most interesting part of this style is how composers managed to add extra elements without sacrificing simplicity.

Even though there was a change in texture, the Classical era still kept the contrast from the previous era. However, instead of mixing up the themes, the focus was on adding a variety of keys, melodies, and dynamics. The composers managed to keep everything simple and add a little excitement at the same time.

Melodies were shorter than in the previous era. There were clearer changes between each movement, but they weren’t as passionate and emotional as before. The Classical era had clear-cut phrases and clearly marked cadences. Also, the orchestra was extended because they added extra sound elements.

This era produced some of the greatest composers of all time. Most of the names that we associate with classical music as a whole came up during this period. Beethoven and Mozart are the most popular composers to make music using this style.

Mozart took over from Haydn and took classical music public. He wanted ordinary people to enjoy the genre as well as the nobles and started performing operas. Mozart also performed his work as virtuous and gained critical acclaim. Apart from his work in making the genre popular, he wrote some of the best compositions in existence.

Beethoven picked up from where Mozart left and used instruments to add texture. He spearheaded a shift from vocal writing to pianistic writing. Beethoven is arguably the most famous composer of all time. Almost all of us can identify the Moonlight Sonata or Fur Elise from the first notes alone.

Here’s an album where you will find some of the best Classical era music of all time.

People eventually got bored with the simplicity of classical music. Once again, there was a turn that brought the emotion back to the arts. The turn introduced the beginning of the Romantic era. The Romantic Era reigned between 1800 and 1910.

Like the Classic era, the Romantic period reflects the art, literature, and political beliefs of the time. It was a reaction to the Industrial Revolution and a revolt against the new Age of Enlightenment. Romantic era music was more politicized than its predecessors. Europe was going through a major upheaval, and this upheaval is reflected in the music.

Interestingly, Mozart and Beethoven contributed to the start of the Romantic era. They composed music that fit in more with the style than Classical music.

Their late career compositions were more emotional and played around with operatic themes. Franz Schubert also contributed to the Classic to Romantic transition. He moved from instrumentals to melodic and harmonic songs.

The Romantic era brought emotion back into music. Out of all of the eras in the baroque vs classical vs romantic debate, there was an emphasis on nature in the Romantic Era. Just like artists, composers wrote symphonies dedicated to nature.

They were more appreciative of their surroundings and used them as inspiration. Also, composers focused on nostalgia. Their songs remind you of a better time. They were fascinated by the Middle Ages and medieval times.

On the other hand, they were also looking forward to a bright future. Some composers focused on the mystery of the future and where the world was headed. Since it coincides with the Industrial Revolution, it’s easy to understand why they were so excited about the future.

Brahms and Tchaikovsky are the most famous composers of this time. Brahms is considered the leading composer of the Romantic era. The German pianist was both a traditionalist and an innovator.

He respected the work of Baroque and Classical composers, and he was brave enough to add a few twists. While his music is considered too academic for the time, his structures are the backbone of classical music as we know it.

Tchaikovsky is a Russian composer who expertly crafted the perfect opera anthems. Most of his music featured in plays like the Nutcracker and Romeo and Juliet. He also wrote songs for ballet. His pieces were a hit with audiences because they were full of impressive and colorful harmonies.

Tchaikovsky’s music represents the passion and excitement that we associate with the Romantic Era.

Here’s an album where you will find some of the best Romantic era music of all time.