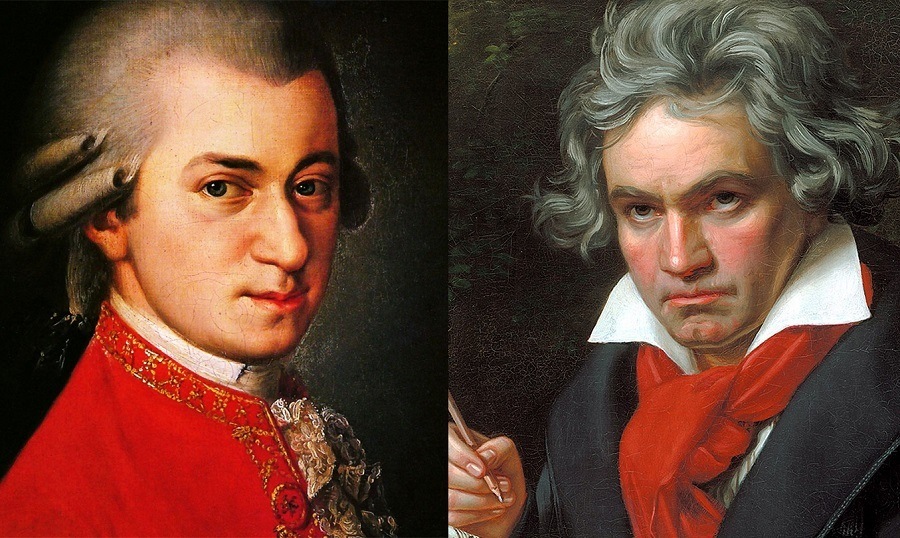 Mozart & Beethoven are known as two of the most famous music composers of all time. How? Because both of their musical styles were unique, captivating, and showed us how improvisation is important in classical concerto music.

So in this guide, we’ll show you the differences between both of these two great composers. You’ll find that while they have some similarities, their music reputation and lifestyle was different. So sit back, play your favorite classical song, and start reading!

Why Are They So Popular

Composers during this era were known for their musical skill and their style. For instance, Mozart was a master at composing music and was able to complete songs without having to do revisions. 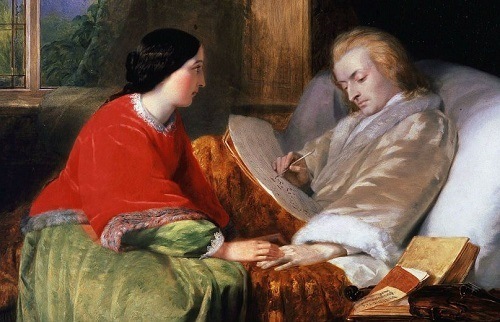 On the other hand, Beethoven was known for adding creativity to his songs. People liked his music because they felt that he was able to express his emotions with his songs perfectly. In fact, he had created the Ninth Symphony when he was fully deaf. It was through his deafness that he released some of his best music during the last 10 years of his life.

It was through these composer’s talents and the quality of their compositions that had given them their reputation and popularity during this era.

Before we know the differences between Mozart & Beethoven, we first need to answer the most common question, "what is improvisation in music?". During this era, most music was composed, meaning that every note was played on a music sheet so that it can be orchestrated by a group of people.

Music improvisation means that the musician had thrown away traditional compositions. It’s when the composer makes a variation of the song and plays it without any prior knowledge. And even though Beethoven and Mozart had used these techniques, it's in their lifestyle and musical styles where their differences are more evident.

Both of their lifestyles were different. Mozart had a better life in comparison as he was trained how to play piano by the age of 3. Mozart would play piano after his sister completed her lessons and by the age of four, he was able to memorize and play pieces straight from memory.

By the time he was five years old, he had begun his musical debut at Salzburg University at the age of five. After his debut, Mozart and his sister Nannerl would start touring with their father.

Leopold Mozart (his father) had taken a liking to his son's talents and was reportedly traveling around with him and exposing him to more diverse music. Since Mozart was afraid of trumpets, his father would ensure that he would be near one to help combat his phobia.

When it comes to his love life, Mozart had a normal one despite being a composer. For instance, he was somewhat being taken advantage of when he was introduced to the Weber family, as the mother tried to marry each one of her daughters off.

Mozart was interested in Aloysia, as she was the best singer of the family. However, she was already courted by someone else, making her unavailable for him. He would then be suggested by Constanze, and both of them fell in love quickly.

Beethoven had a darker story. He was born in Germany in 1770 or close to that date as there tends to be controversy behind the actual date of his birth. Johann Beethoven, his father was a singer and a court musician. 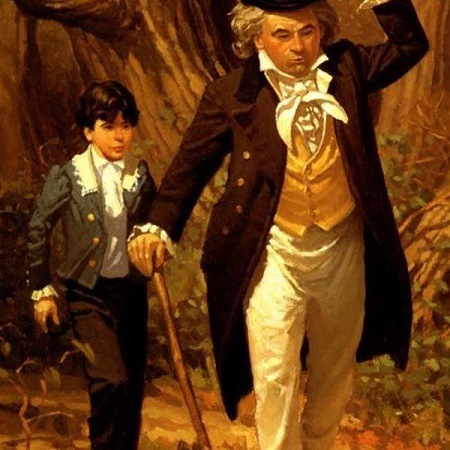 His father would begin to teach him music relentlessly. More than one person reported hearing Beethoven weeping when he practiced, making his life rather sad for a budding composer.

As he would age, this feeling wouldn't change. Even though Beethoven was known for his improvisation in classical music, he had no social life or love interest to help lift his spirits. Known as being the "Mad Genius of Music," Beethoven would use music as his only way to express himself and his emotions.

Even the music between both composers has their subtle differences between them. While both of them had the same sonata form piano, their music displayed their different personalities that are expressed through their compositions.

Mozart's music was clean and precise, always creating more fuller compositions than Beethoven. If there were a comparison between their music sheets, you'd notice that Mozart's music appears clean with minimal errors.

Due to the clarity of his compositions, his music was easier to play by musicians of less technical skill or by people with no prior experience. Mozart had the ability to compose music from different genres: classical, operas, concertos, and symphonies. In addition to his natural talent, Mozart was a man who had no problem learning from others.

However, Beethoven's music was sometimes messy, and he would be known to have hundreds of unfinished music sheets placed around his home. He had more of a fiery personality with his music, as some of his compositions would more surprises in the instruments that were being played.

For example, Beethoven would build the music up to lead towards something engaging only for the music to play at a softer tone. This was a common theme within his music and was used to help keep them engaged with his songs.

Mozart is influenced by J.C. Bach, whose music he had heard and listened to as a child. As he had gotten older, Mozart had gone to countries such as Paris, Vienna, Italy, and London to experience the multiple musical styles of that era.

As Mozart's music had matured, he started to use improvisation music techniques found on Baroque music. For instance the Symphony No. 29 in A major K. 201 has a main theme throughout the music but irregular phase lengths throughout the track. 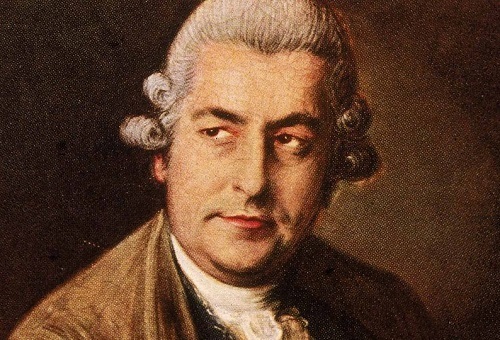 Because of this, you can tell that Mozart was inspired by a multitude of musical genres and it started to reflect in his sound.

Beethoven was influenced by folk music and popular music during his lifetime. While he was never a folk composer of a nationalist, Beethoven allowed for the unorthodox song structures of folk melodies heard through his music.

One of the main composers that influenced his style of music was Josef Haydn. From 1792 to 1795, he was trained by a wide range of musicians, but it was Haydn who would receive the most success due to teaching Beethoven music improvisation. It was due to Hadyn's techniques that Beethoven was able to compose music still after he was deaf.

To conclude, Mozart and Beethoven will still be remembered as the legends in classical music. Not only did they have a unique style from other composers in that era, but they also had interesting lifestyles that bought out the best of their music.

In conclusion, we can thank these two composers for the complex melodies and beautiful sounds that we hear in music today.