8 Best Piano Sonatas That Will Make You Fall in Love 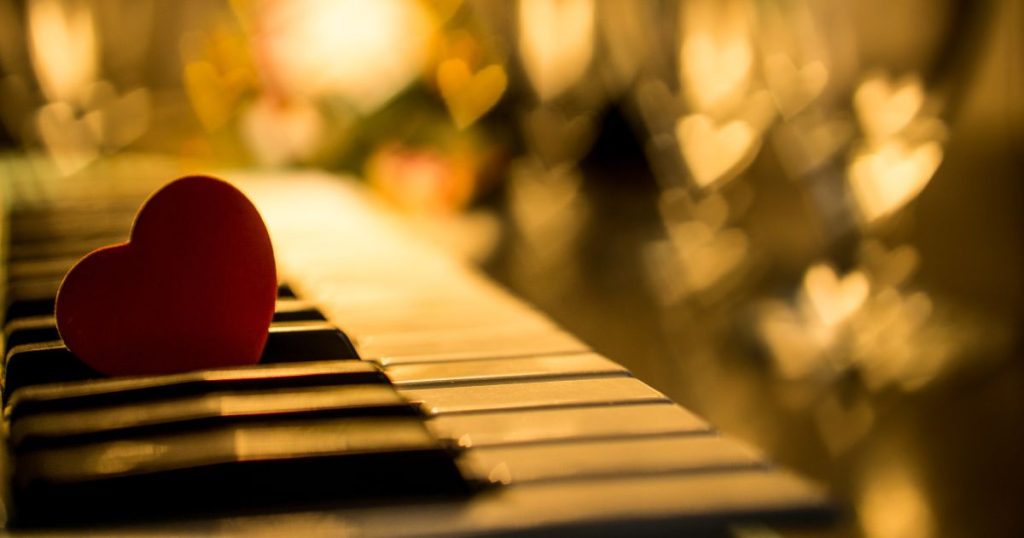 Listening to a sonata is like listening to a romantic tale, and the pianist’s role is to narrate it beautifully. Our list of the best piano sonatas will help you to understand these feelings.

If you are new to this music genre, these famous pieces will help you get started.

These beautiful pieces of music tell us about the composer’s emotions. So, you must understand the music’s feelings while playing or listening.

A piano sonata consists of separate movements; we will not be doing it justice if we describe the movements and pieces as one simple piece.

It consists of slow movement, single movement, four-minute or five-minute movement, and a short work of fabulous proportions.

Any classical piece can be a sonata. It all depends on the composer.

So, without any further ado, let’s dive into the list of the best piano sonatas.

It was easier to identify sonatas in the late period, especially during the golden age of the Classical era.

These pieces consisted of 3 or 4 movements. One quick movement in the beginning followed by a slower second movement. The third movement was a minute, and the finale had a fast movement.

Many accomplished pianists such as Franz Liszt, Robert Schumann, Ludwig van Beethoven, and Mozart have created classical pieces in sonata form. And you can bet each of them is very delightful to listen to.

Do you love Mozart? Here’s a list of Easy Mozart Piano Pieces that you can try.

Whether you are familiar with classical music or not, when you hear the word ‘classical music’ or ‘sonata,’ Beethoven will come to mind.

He was prominent during the shift from the classical to the romantic period.

He has composed many popular sonatas, but the most popular one is the Moonlight Sonata Op. 27 No. 2.

It’s considered to be a great piece of music for legit reasons.

This sonata is easy to recognize, and anyone can understand the depth and emotions in the music. In simple words, it’s easy to listen to.

If you are a beginner pianist, this sonata is perfect for you. It’s easy to learn and consists of powerful and exquisite movements.

Beethoven’s Moonlight sonata is among the best and most known sonatas.

2. Rachmaninoff Sonata No. 2 in B-Flat Minor

The sonata starts with an easily identifiable arpeggio descending and comes to a stop with a low and diminishing B-Flat minor chord.

Tonal instability overpowers the whole piece, and the key constantly changes. It gives off the sound of a ringing bell.

The second movement continues smoothly until it returns to the third movement, which consists of powerful low arpeggios.

Rachmaninoff Sonata No. 2 in B-Flat Minor is hard to play because of its variation. It requires a lot of skill to play and maintain the key and dynamics.

The pianist has to maintain composure as it requires the ability to play gently and then shift into stronger movements.

This famous classical composer composed this sonata during the final years of his life, and he dedicated this piece to Robert Schumann.

It was dedicated to the latter because Schumann had earlier dedicated a piece (Fantasie in C Major, Op. 17) to Liszt. So, in exchange, he composed, Sonata in B minor, S.178.

When this composition was published, it received a lot of negative feedback. The reception came from various contemporaries, and Schumann’s wife, Clara, also had a negative reception of the sonata.

The sole reason Liszt’s sonata received criticism was that his piece was too different. It didn’t follow the standard sonata’s structure of having multiple different movements.

It takes 30 minutes to play the piece, and it never comes to a halt in between.

The movements are played without pause, so it’s hard to identify the separate movements in this popular piece.

This classical music composer is among the best-known classical pianists composing and has composed many pieces.

While we’re at it, check out these amazing Mozart Recordings.

Sonata No. 16, C Major, K545, commonly known as the Sonata Facile, was a composition for beginners.

He named this piece as it translates to ‘simple.’ This piece’s duration is 11 minutes, and according to Mozart, it was by far among the easiest and simplest pieces.

However, many pianists disagree with Mozart’s statement. The Sonata Facile is not considered easy to play, and even professional pianists find it hard to play as it consists of various transitions.

The sonata’s first movement is in the C major key, which later transitions into the key of G Major.

The recapitulation or summarizing section begins in F major without going to the original key of C major. The whole composition is in a flat major, and there’s no minor key.

This sonata is considered an experiment as compared to other traditional forms of a sonata.

Due to his experiments, Mozart is known as one of the most interesting pianists of all time.

This Italian classical music composer is one of the founders of piano sonatas.

During his lifetime, Scarlatti composed more than 500 piano pieces. Sonata K380 L.23 is considered one of Scarlatti’s most recognizable works.

During the 17th-18th century middle period, when vocal styles and opera emerged, the sonata form was in its early stages.

This period is also known as the Baroque period. Scarlatti composed and wrote his sonatas in the binary language, every section of his material was different, but they were somehow related to each other.

This popular piece is composed in E Major key, responsible for its upbeat and cheerful feeling.

Scarlatti used continuous patterns of 16th dotted notes and 8th and 32nd notes. The whole piece is dominated by the fast pace of the 16th notes.

Scriabin is a well-known pianist of the 20th century. He’s a Russian fellow who started his music career as a romantic pianist and composer.

Later in life, his compositions developed a distinctive atmosphere. He became a forward-looking person with an unusual worldview that influenced his pieces.

The Sonata 9 Black Mass is a thrilling musical piece that’s loved by pianists worldwide. If the piece is executed properly, it strikes and binds the audience.

Joseph Haydn changed the outlook and vibe of the piano sonata. The approach to playing a piano sonata would have been very different without him.

The classical music composer composed about 60 sonatas in his lifetime and each one was a developed form of Beethoven and Mozart’s sonata. He developed the movement forms.

Haydn is one of those composers who aren’t well-known or talked about.

Pianists love to play other sonatas, and his playful and humorous ones are often ignored. His sonatas deserve more recognition in the music field, and they are, for sure, among the best.

You won’t be able to recognize this piece at first. But once the movement begins, it’ll come to you.

It’s a popular piece that can be heard in various movies, shows, and cartoons.

This sonata gives off the feeling of sadness and sorrow. The solemn music reminds people of a funeral. At his funeral, Chopin had the Funeral March played.

There are 4 movements in this sonata, and the later 3 movements offer a contrast to the modesty and sincerity of this composition. It was penned years before it was included in the middle of the sonata.

Chopin faced some pushback from his contemporaries when the composition was published.

Some people claimed that Chopin didn’t fathom the sonata’s true structure. However, now that pushback is disregarded.

The Funeral March sonata is one of the best and most treasured pieces ever written in history.

Music is an important element in one’s life. Everyone has their personal taste and songs to which they can relate.

Many other sonatas are equally as enjoyable as the ones that we have mentioned. It’s impossible to list all of them that have impacted the music scene.

This overview of the best piano sonatas will give you an idea of the most loved and well-known pieces in the history of classical music.

We hope this article will help you fall in love with classical piano music and sonatas in general.

Click on the link to learn about the Story Behind Für Elise.