The Story Behind Fur Elise: The Masterpiece the World Almost Missed 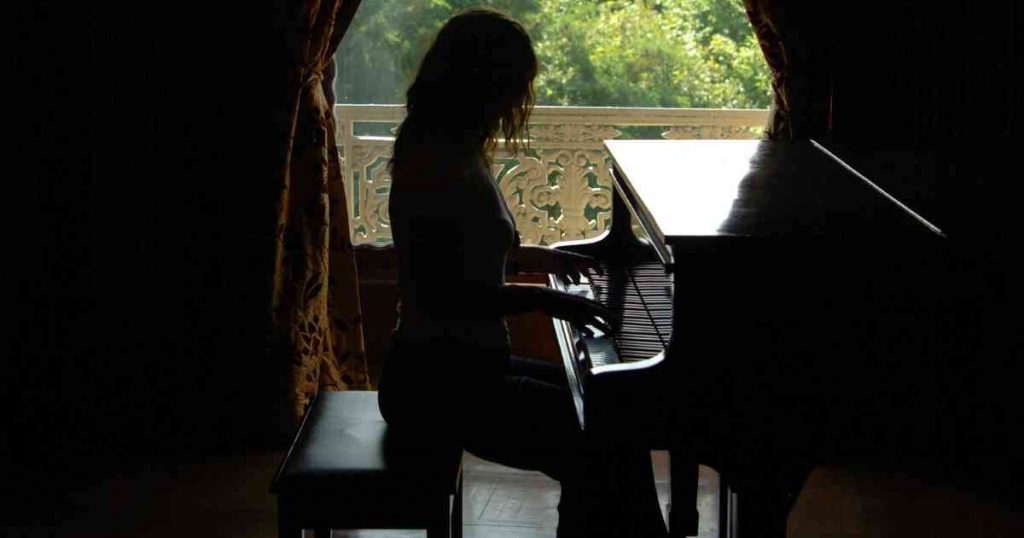 Bagatelle No. 25 in A minor (WoO 59) is one of the most popular piano pieces in the world. Written by the legendary master Ludwig van Beethoven in 1810, the piece was not published until over five decades later. The world almost missed this masterpiece until its discovery and publication by Ludwig Nohl 40 years after Beethoven’s death.

It is one of the most popular creations of Beethoven, along with his Fifth Symphony and Ode to Joy. Read below for the incredible story behind one of the most famous piano pieces.

What is the Story Behind Fur Elise?

Fur Elise is one of the most searched pieces of music worldwide, and there is a reason for that. More than beautiful music by a master composer, the piece has gained a reputation in culture. It has a lot to do with its beautiful sound that transcends the classical style into Romanticism.

Fur Elise follows a similar pattern. It has three different themes, with the opening theme A interluding after the middle B and C sections. Therefore, the piece's form is in rondo form shaped as ABACA. The main theme A is a simple piece many piano teachers use to teach beginners.

The development sections are more difficult and require some good piano skills to play correctly. For instance, the B section follows an exuberant and fast pace beyond most beginners. Beethoven created a forward momentum for the C section to build the piece's climax.

Therefore, the skill level required to play the piece progresses from beginner to intermediate. Pianists who are more skilled use their mastery of the instrument to interpret the piece of music to suit their styles. There are millions of Fur Elise interpretations on YouTube, which makes it difficult for anyone to interpret it distinctly. 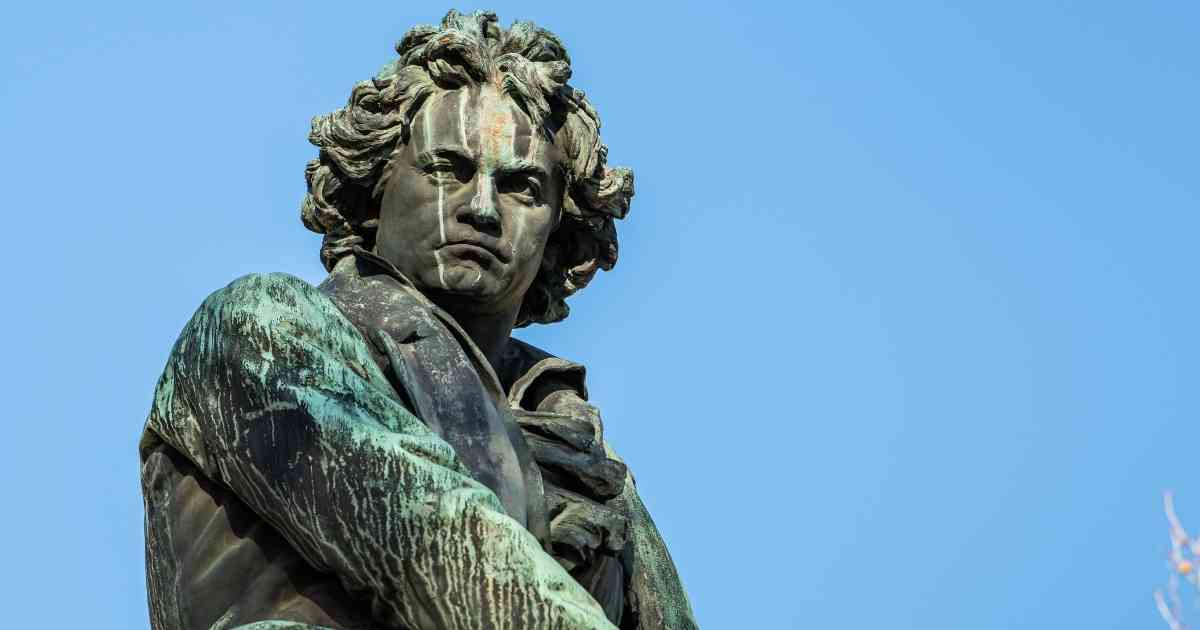 The story behind Fur Elise gets more intriguing. Beethoven started losing his hearing due to horrible tinnitus before he composed the piece in 1810. He stopped performing in public just a year afterwards. By the time he revised the earlier draft in 1822, he could hardly hear a sound.

This somewhat explains why the notes in the piece, like most of his latter works, were higher than expected. Fur Elsie has a high pitch that reaches an E7, two Es above a top soprano C.

The reason for this is often linked to Beethoven’s hearing difficulty. At the beginning of the piece, he could still hear a bit. However, during the revision, he could not hear any sound again. The frustration of a musician being unable to hear sounds is clear in how Beethoven never finished or published the piece.

Despite all these, the story most people are more interested in when it comes to Fur Elise is the dedicatee. There have been many speculations about who Beethoven dedicated the famous piece to among his female acquaintances. Of course, Beethoven knew many women who could have been the Elise, but the theories revolve chiefly around three.

Who Was Fur Elise Written For?

When Ludwig Nohl discovered the Bagatelle, it was in a woman's house named Fraulein Bredi. The history traced the manuscript to have been given to Bredi by Therese Malfatti. But it was Therese’s son, Rudolf Schachner, who allowed Nohl to copy the published version from the autographed manuscript.

Therese Malfatti was an aristocratic woman Beethoven was in love with around the time he composed the piece. Thus, many believed that he wrote the piece of music for her.

Therese Malfatti is the most widely acknowledged option by many people interested in the dedication of Fur Elise. Named Therese Malfatti von Rohrenbach zu Dezza, she was an aristocrat whose father treated Beethoven for some of his illnesses. She caught the interest of a master composer who loved her so much that he proposed to her in 1810.

However, Therese turned him down and married Wilhelm von Drossdik, an Austrian nobleman. Despite the one-sided nature of Beethoven’s emotions, his history with Therese was enough to convince most enthusiasts of the latter being the famous Elise.

There was nothing in Beethoven’s possessions to affirm the identity of the mystery Elise. However, Beethoven’s feelings for her were common knowledge among their associates, and many contemporaries had little doubt that she was the dedicatee of Beethoven’s famous melody. The original manuscript of the piece was also found among her papers.

When Ludwig nohl found the Bagatelle, the original copy was signed in Beethoven's messy handwriting with “Fur Therese am 27 zur Erinnerung and L v Bthvn.” These words can be translated as “For Therese on the 27th April in remembrance of L. V Bthvn.” The piece later became known as Fur Elise, with people theorising who the dedicatee could have been.

According to Klaus Martin Kopitz, a researcher specialising in Ludwig Van Beethoven’s life and times, another likely woman after Beethoven’s heart was Elisabeth Roeckel. She was a German soprano who performed in Beethoven’s opera, Fidelio. The two were close, and accounts from people around them depicted that Beethoven might have been in love with her.

Elisabeth relocated to Bamberg just before the time Beethoven composed the piece. However, there was an account of her returning to visit him days before his death. If the Bagatelle was for Elisabeth, it was likely more as a farewell gift than a love declaration. Elisabeth married Johann Nepomuk Hummel, Beethoven’s friend and rival.

An interesting turn in the timeline of events is the date of the composition. The date on the piece is April 27, 1810, which was within a similar timeline to Elisabeth’s departure from Beethoven and his proposal to Therese. Therefore, the piece could have been a farewell to Elisabeth or a gift for Therese.

However, separate theories suggest a different Elise from these two. Therefore, the third person on the list was Elise Barensfeld.

It wasn’t until 2012 that Canadian musicologist Rita Steblin suggested that the dedicatee of the masterpiece could be Elise Barensfeld. Born Juliane Katherine Elisabet Barensfeld, the third possible dedicatee was a child prodigy during Beethoven’s period. Elise was a common nickname for people bearing Elisabeth then, so many believed this speculation viable.

Elise Barensfeld was just 13 years old when Beethoven composed the piece. However, she was already well-known as she travelled on many European musical tours. Elise lived across the street from Therese and many, including Rita Steblin, believe she could have been Therese Malfatti's piano student at some point.

This relationship somewhat affirms the belief that Beethoven dedicated the piece to young Elise to show his love for Therese. However, with the peculiarities of his relationship with all three women, many believe Therese Malfatti to be the most likely option.

There are reports from people about other women with similar names among Beethoven’s associates. However, the timeline or the type of relationship he had with them easily eliminated them as possible options.

A twist to the story is the word "Elise" could have been used to mean "sweetheart." This theory proposes that the famous piece could have been composed for someone other than the three in popular discourse.

The Form of Fur Elise

Beethoven composed the Bagatelle in the form of a rondo shaped by ABACA themes. The opening theme A is a simple run that later intersects the much harder B and C themes. The frequent interjection also provides a contrast between the three sections.

With the sad, longing sound of the opening theme, the lighter melodies of the B and C themes are better appreciated. Overall, playing Fur Elise requires average skills, but it takes more skills to portray the piece's depth.

Many opine the piece's simplicity to be tied to the skill level of the dedicatee. If the piece was truly for Therese Malfatti, Beethoven could have written it so she could play the piece with her average piano skills. The A theme fits this explanation.

Irrespective of the theories, the reality is that the opening theme is easy for beginners who are just getting used to the piano. The agility needed to play the development sections is acquired at the intermediate level.

The story behind Fur Elise is interesting for many people who enjoy the famous melody. Piano teachers give the opening theme to beginners to practice their piano technique.

Many people take piano lessons just to play the piece while experts interpret it to suit different purposes. However, what’s most notable is that the world would have missed this masterpiece if not for Ludwig Nohl.