Bridgerton Classical Music: What’s All the Hype About? 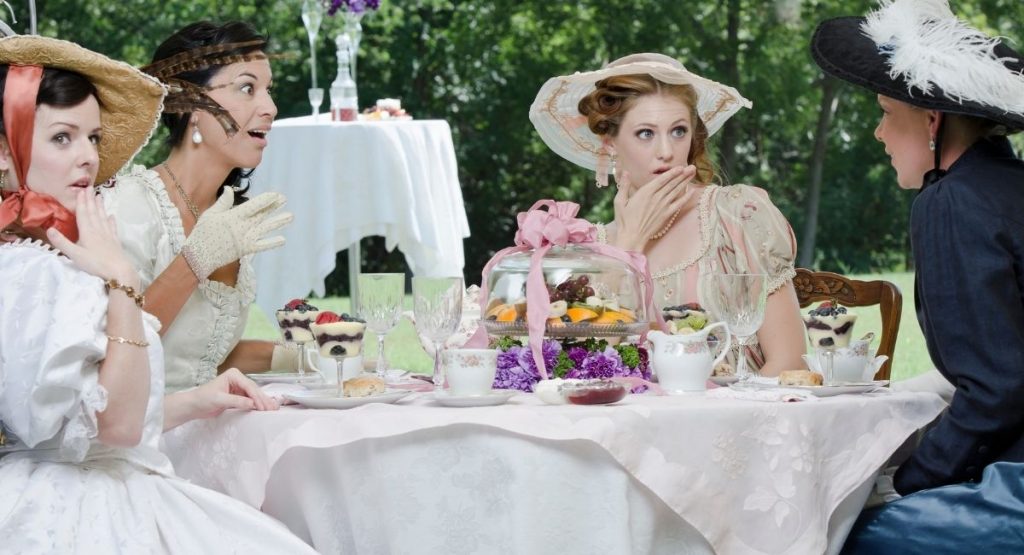 Released on Christmas Day 2020, Bridgerton has been stealing the hearts of millions of viewers around the world. The Netflix show received views from 82+ million subscribers during its first month of being released!

But, what’s all the hype about? Well, set in the 18th century, the show has an exciting storyline that features a family navigating their path through an annual socializing season. It is best described as a mix of the famous series Pride & Prejudice and Gossip Girl.

Bridgerton also has a strikingly attractive cast, with René-Jean Page being the main character. Although these reasons are sufficient to get any Netflix enthusiast hyped up, the show is famous for its classical music.

Yes, we know you might be wondering why people are feeling excited about old-age music. Thus, we have compiled this informative article to explain everything about Bridgerton classical music. Let’s dive in!

What Is Special About the Bridgerton Soundtrack?

The latest Netflix show Bridgerton has everyone head over heels because of its official soundtrack playlist. It features an array of classic songs that will have you dancing to the beat. Unlike the classic music of the 18th century, the songs used in the show are classy and jazzy.

Plus, they will sound oddly familiar. But why? That’s because Bridgerton used all the modern pop songs for their classical versions!

While there aren’t any Beethoven piano sonatas, you will find classic covers of modern songs like ”Girls Like You” and “Wildest Dreams”. The combination of contemporary music with old tunes is certainly great for classical music fans!

As we mentioned earlier, Bridgerton has a lot of modern songs in their classic instrumental versions. However, they do not just start playing at random scenes. Instead, all the songs in the season have a particular connection to the scene occurring. Let’s have a look at each one in detail below!

Thank U, Next by Ariana Grande

The first track to pop up in the show is Ariana Grande’s “Thank U, Next”. Its slow instrumental cover plays during the initial ball scene where Daphne Bridgerton is trying to find a suitor. Meanwhile, her brother attempts to turn away as many suitors as possible.

Although the classical piece is slow and blends into the background, you can easily recognize Ariana Grande’s song through its catchy notes. Also, as you may have noticed, the dismissal of suitors by the brother is much similar to that of Ariana Grande’s in her song.

Almost everyone is familiar with the 2017’s hit song, “Girls Like You” by Maroon 5. The lyrics talk about a desirable girl wanted by the lead singer. It is undoubtedly a romantic song with jazzy vibes.

So, the next cover song played in the first episode is Maroon 5’s “Girls Like You”. It plays when new character Marina Thompson finds herself surrounded by several suitors in her home. All of them try to win her heart by offering valuable gifts.

The beautiful music lasts for a few seconds during the scene. However, it’s sufficient to create the impression of how people found Marina Thompson as the idealistic girl of their dreams.

In My Blood by Shawn Mendes

The 2018 Grammy-nominated track, “In My Blood” by Shawn Mendes, enters the series at the end of episode two. In this ball scene, the two main characters dance together at a social gathering.

Although it’s a simple dancing scene, the usage of the classic song helps portray the unseen struggles occurring inside The Duke of Hastings. Originally, Shawn Mendes has talked about his mental challenges that are similar to what the character experiences during the dance. Eventually, the dance progresses to where the viewers can start to see the early stages of romance between the two characters.

You shouldn’t be surprised that the next song chosen for the romantic 18th century series is Billie Eilish's, “Bad Guy”. This song has a rather mysterious and hip-hop vibe that also won the 2019’s Grammy nomination. However, the Bridgerton composers managed to merge the song beautifully with the show’s classic feel.

The song starts playing in another ballroom scene where another suitor asks Daphne for a dance. The Duke of Hastings, who previously shared a romantic dance with the character, displays an outburst of jealousy. That being said, he becomes the bad guy.

“Strange” is one of the best modern songs performed by the British artist Celeste. People often describe the amusing vocals of the song as the mix between Adele and Amy Winehouse.

Released in 2019, “Strange” holds a special place in everyone’s heart. Bridgerton definitely makes good use of this song by playing it in episode five. During the song, the Duke of Hastings and Daphne finally get married.

The last of the cover songs to surface in the series is none other than the amazing “Wildest Dreams” by Taylor Swift. It is undeniably Taylor Swift’s most loved song of all time. So, what could be better than combining it with Bridgertons classic feel?

Its classic version plays throughout episode six, where we can see the two main characters enjoying their after-marriage life. Although the song lyrics do not match the scenes, they certainly foreshadow the upcoming challenges for the couple.

Let’s Not Forget the Classic Music!

Now that we’ve discussed all the favorite pop tracks in the eight episode drama, it’s time to talk about some of the original classical music. While we have modern pop songs to dance along to, the show also features some stunning remakes of classical music.

Unlike the modern tracks, Bridgerton uses classical songs to create the atmosphere of the 18th century. These songs have little to do with the events and characters. Here's a list of classics found throughout the season!

The first two classic songs play in episode four during the dance of Lady Trowbridge. She dances to the tunes of Shostakovich’s Jazz Suite No. 2 and Offenbach’s The Tales of Hoffman.

The following episode takes things to the next level by the use of Beethoven's Symphony No. 5. It plays during the queen's angry reading scene. Beethoven's string quartets (Razumovsky) also plays later in the episode.

In the beginning, we can see Daphne playing one of Beethoven's well-known piano sonatas, Waldstein. The fiery music continues throughout the initial scenes, giving energetic and emotional vibes.

There is another classic track in the end that is Bach’s Cello Suite No. 6. It is from the 2018 album and recomposed by Peter Gregson. The song plays during the rain-soaked ball scene.

The last episode of the romantic drama features the remake of Vivaldi’s The Four Seasons by Max Richter.

Who Composed the Bridgerton Classical Music?

It is natural to think that the show’s producer must have hired a huge team to get all these brilliant cover songs in sync. But, there is only one talented man behind the composition of Bridgerton classical music: Kris Bowers!

Kris Bowers is a popular American pianist and music composer. He has produced classical music for a number of shows, movies, and even video games. His notable works include Green Book, Madden NFL, and Dear White People.

During the Covid-19 pandemic, the eight musicians recorded at home under Kris Bowers' supervision. Then, he layered the recordings to create rich orchestral music.

Where Can You Stream the Soundtracks?

Since the season has finished, you can find the complete song versions from the series available online. Most people stream the soundtracks on YouTube, Apple Music, or Spotify.

However, if you want to purchase the album to play on your devices, head over to Amazon’s music department right away! Check out the links below:

All in all, the Bridgerton classical music is worth the hype! The well-selected cover songs and classic hits help to create a unique vibe in the show. They also help modern-day audiences relate to the scenes.

The eight episode drama series has won the hearts of many. It doesn't matter whether you're a classical music fan or not. When watching the show, you will find yourself glued to the screen until the very end.

Fortunately, there is a second season coming in March. We hope to find several other amazing classic cover songs there as well!