What Is The Difference Between Classical And Romantic Music? 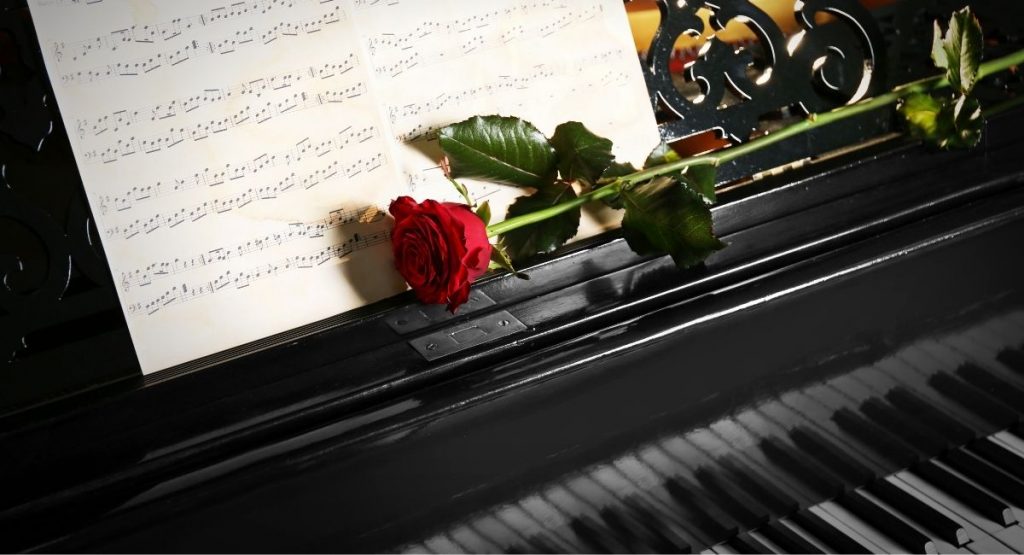 Have you ever heard a piece of music and wondered if it was from the Classical or the Romantic period? This is an interesting topic, because classical music has been around for centuries, while romantic music evolved after the Classical period as a very popular genre in Europe during the 19th century.

In this blog post, we will discuss how these two styles of music differ from one another, and identify some of the famous composers of each style.

What is Romantic Music?

Romantic music is a musical style that actually originated in the Classical era. The Romantic era was the period between the early 1800s to around 1900. It's characterized as having lush harmonies and emotional or passionate elements. In other words, romantic music captures beautiful moments of love, longing, romance, and heartbreak through sound. Many popular songs can be considered romantic.

Romantic music can be associated with the Romanticism movement. It was a movement that focused on the importance of human emotions, freedom, and nature.

Some of the famous composers from the Classical era to the early 20th century are also considered Romantic composers. These noteworthy names include: Liszt, Chopin, Tchaikovsky, and Mendelssohn. All of these composers are associated with Romantic music because they all incorporate the lush harmonies that were popular during this time period.

Romantic music is also known as Classical romanticism due to its sensuousness in music. It's a unique musical style that incorporates traditional aspects of classical form along with romantic elements.

Romantic music is usually elegant and complex, which makes it great for weddings or other special occasions such as anniversaries. It's also a musical style that you can play in the background at a dinner party to set a lovely romantic mood.

There are both instrumental and vocal forms of Romantic music.

Examples of Romantic Instrumental Music Include:

Examples Of Romantic Vocal Music Include:

Features Of Romantic Music Include:

What is Classical Music?

Classical music is a style of music that originated in Europe and is generally written for a small ensemble, most commonly including string instruments such as the violin. In classical music, there are very specific rules about how to write it, and it is often written to evoke specific emotions.

Classical music is often thought of as "high art" because it was created by composers that had an extensive education about musical theory, which includes several different types of scales, chords, keys, and other rules.

It became popular during the time period when the Catholic Church was a dominant influence in society, and because of its connection to education, it continues to be associated with certain institutions.

Classical music is still being written today by composers that have received an education in this field but it has also begun to influence musicians of other genres, including jazz. Although many people think of classical music as something only older generations enjoy listening to, it is actually enjoying a resurgence in popularity.

This style of music has been around for hundreds of years and continues to inspire new generations. It has had a huge impact on Western culture for hundreds of years, especially in terms of bringing people together through cultural events like opera concerts. Famous composers of classical music include Mozart and Beethoven.

Features Of Classical Music Include:

What Is The Difference Between Classical And Romantic Music?

Classical music and romantic music are two distinct music styles that are quite different from each other.

Here are some of the key differences between classical and romantic music:

The Period Of Origin

Classical music was born in the Italian Renaissance period, while Romanticism came to life during the 19th century.

Romantic music is usually played with a more modern sound by using guitars, drums, etc. Classical music is performed with an orchestra consisting of instruments such as the piano or the violin. The tempo is slower, which can create a more emotional mood. Classical, on the other hand, has a faster pace, thus creating an excitement for listeners.

Ornamentation is the embellishment of a melody with additional notes that aren't essential to the original tune but are used to enhance the music. Ornamentation is very common in classical music while Romantic music doesn't really employ this technique.

Romantic pieces are usually slightly modernized, often using guitars or drums. Classical music, on the other hand, adds ornaments to the melody but typically uses a traditional orchestra.

When you listen to a piece of Classical music, for example, it's more structured and rigid while Romantic-era music encourages diversity. Ornamentation is applied in Romantic musical composition by adding additional notes that aren't essential but make it sound much better.

Classical pieces are usually played with a large ensemble consisting of a string orchestra and additional instruments such as a piano.

Classical music sounds like it has more depth, clarity, and richness, while Romantic music tends to sound less complicated but still beautiful. Classical music is usually played by a large ensemble consisting of string orchestras and sometimes a piano. Romantic music, on the other hand, has a slightly more modern sound due to the use of guitars, drums, etc.

Classical music is usually centered around themes that reflect nature and human life, while Romantic music tries to capture the beauty of dreams, love, and seasons.

Classical music is known for its use of complex harmonies, while Romantic music uses simple melodies.

Classical pieces are usually instrumental with no vocals, but can occasionally include a bit of singing to enhance the mood. Romantic songs tend to have words regularly sung or spoken in their melody more often than Classical music does, which enhances the mood.

The rhythm in Classical music is very straightforward, while Romantic melodies have more complex rhythms with asymmetrical phrasing. This makes the melody flow from one note to another instead of using a steady beat. The tempo can affect the listener’s emotions when listening to this type of music.

The Progression Of the Music

Another difference between Classical and Romantic music is the progression of time in each style. Classical came to life in a specific historical period, while Romanticism seems to transcend time itself. Classical music is often regarded as a dead or dying music form, while Romanticism remains the most popular and widely enjoyed style.

Classical composers include Beethoven, Mozart, and Bach while Romanticism is associated with the likes of Chopin, Tchaikovsky, and Debussy.

The Similarities Between Classical Music And Romantic Music?

The difference between Classical and Romantic music comes from the way that they are composed. Classical music was written with a lot of time, balance, structure, symmetry, orderliness in mind.

Romantic composers had more freedom to create without following rules or guidelines as much as their predecessors had done before them. Romantic music is about expressing emotion rather than strict adherence to formality.

The differences between classical music and romantic music are vast, but it is important to understand these different styles in order to appreciate them for their uniqueness. When you listen to one style, try comparing it with its counterpart; this can help you hear where they overlap or diverge from one another.