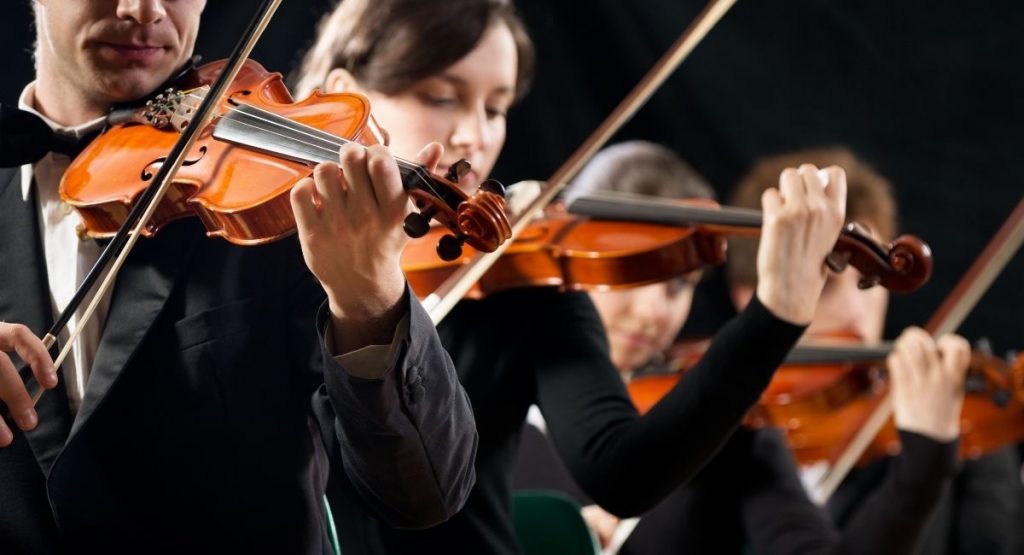 Classical music is one of the oldest forms of music that has grown exponentially over the years, changing in sound, mode, transition, instruments, and arguably melody.

One of such changes is the inclusion of the "Opera" in Italy at the end of the 16th century (1598). Operas exist mainly to combine musical scores and libretto (text) to bring to life a dramatic work in a theatrical setting.

Most of us know many a tune by heart, either because it has been played at weddings or because we’ve heard them as theme songs in movies or popular TV shows.

However, not many people know the story behind some of these monumental pieces. We’ve put together a list of 5 great pieces of classical music that tells a story.

Pieces of Classical Music That Tell a Story

1. Mozart's Overture From The Marriage of Figaro

This opera was officially voted as one of the greatest operas ever written (that tells you all you need to know). The Marriage of Figaro is a 4 act comic opera composed in 1786 by Amadeus Mozart. The story is about two servants, Figaro and Sussana, who are in love but have trouble getting married.

The first act introduces the two servants preparing their wedding only for Figaro to find out his bride-to-be has been seduced by their master, the Count. He decides to enact revenge.

A woman, named Marcellina, promptly shows up determined to marry Figaro, claiming he must either pay her what he borrowed or marry her.

Figaro, however, cleverly assembles the entire household to sing worship of their master, thereby twisting his arm into blessing his union with Sussana.

Act 2 opens up with a frustrated but determined Figaro and Sussana deciding to set a trap for the Count with the help of his Countess.

Marcellina again arrives with a contract obliging Figaro to marry her and makes her case to the Count, who’s delighted to stop the wedding and order Figaro to honor his agreement.

Susanna and Figaro open Act 3, conspiring against the Count who overhears them, unknown to the couple.

Marcellina shows up once again, insisting Figaro must marry her immediately. Figaro replies that he would require the consent of his parents, whom he doesn’t know, as he was abducted as a baby.

Upon showing a birthmark to justify his point, Marcellina discovers Figaro is her long-lost son, and they embrace and explain to an already jealous Sussana.

Act 4 shows several scenes of the Countess, Sussana, Figaro, and the Count in questionable positions with each other’s partners, invoking emotions of jealousy and betrayal.

The scene, however, ends with each party realizing it was all planned and the Count apologizing to and leaving with his Countess, who’s once again happy. A 4-act Opera that’s completely captivating and compelling from start to finish, with a happy ending. What more could we want?

Several tunes from this piece have been used in movies such as Shawshank redemption, Zombieland, and Willy Wonka, amongst several others, to invoke different emotions and further publicize the versatility of this opera.

2. Prokofiev's Montagues and Capulet From Romeo and Juliet

This piece is also popularly known as "Dance of the Knights". Originally written as a story with a happy ending, this piece, however, couldn't be performed during Soviet Russia's period and eventually had to be re-written.

This opera is famously known for telling the tragic love story of Romeo and Juliet and the war that ensued between the Montague and Capulet families. A story of two lovers from feuding families whose love both in life and death finally put a stop to the bloodshed and enmity between both families.

Several artists have sampled Dance of the Knights over the years, including Sia, Iron Maiden, and the Tears for Fears musical band. This composition is the entrance theme song for Sunderland’s football club and popular TV series "The Apprentice.”

French composer Maurice Ravel originally composed Bolero as a single-movement orchestral piece. This score was commissioned by Ida Rubenstein and her dance troupe at the 1928 Paris opera.

Maurice's idea for this piece was to perform a social experiment, to build a composition from just one theme with the ability to grow harmonically and instrumentally.

The original build-up of a simple tune from C major to E major ending on explosive fireworks only needed its first performance to win the hearts of its audience.

A woman who screamed, “Ah fou! Ah fou!”, which translates to “madman, madman,” was described by Ravel to be the one “who understood'' the intention behind his composition.

Ravel credited the inspiration behind this piece to a factory he visited with his father as a child. This composition was featured in the 1979 romantic comedy "10". Ice skating duo Torvill and Dean won a gold medal at the 1984 Winter Olympics dancing to a 6-minute version of this piece.

Carmen is a 4-act opera that premiered on the 3rd of March 1875. Its plot is centered around the 1845 novella by Prosper Mérimée.

This piece tells the story of Carmen, a flirtatious cigarette-factory lady who seduced her way to dating an army man and moving on too quickly to her untimely death. It’s also the story of Don Jose, a soldier who naively falls for the charming wits of Carmen and gives up the army and his childhood love to be with her.

Carmen, who can be described as a cold-hearted, femme-fatale, controversially opens up this theatrical piece with a famous quote, "Love is a rebellious bird no one can tame.”

After being arrested by Don Jose for attacking a woman with a knife, she seduces her way to an escape. After that, Don Jose escapes the army, and the two become lovers. Carmen only spends two months with Don Jose before becoming bored and moving on to bullfighter Escamillo.

Don Jose soon realizes what had happened and becomes enraged and jealous. He secretly follows Carmen to the bullfighter’s arena, where he stabs her and leaves her to die in Escamillo's arms.

This compelling opera tells the story of love, jealousy, betrayal, immorality, lawlessness, and how quickly the charm and wits of a woman can bring about the collapse of a man.The enthralling opening that makes you anxious to know what follows, the sweet and settling middle, and the tragic end that follows aren’t only controversial but critical.

Although Bizet died believing his work was a failure, it has gone on to become one the most famous classical pieces of all time.

The Four Seasons is arguably Vivaldi's most known work. He composed an unusual violin concerto for the period and accompanied it accurately with vivid sonnets. This particular composition had narrative elements that invoked the spirit of each season in its audience.

From buzzing flies to a Shepard, a barking dog, storms, and frozen landscapes, each concerto accurately describes what each season is.

Written in 1720 and published in 1725, this piece opens the door for what would later be known as " program music", or better put, music inclusive of a narrative element.

Summer's first movement opens with a quiet stillness, closely followed by the languishing in heat, the crowing of the cock, and then ends with the shepherd’s imagination of a violent storm.

Autumn immediately comes into play, marked by singing and dancing. However, the quick fade in tempo suggests a takeover by sleep which we are eventually jolted out of by a loud horn call.

Winter is opened by the ice shivering and blasting wind, which is closely followed by chattering teeth before ending on a slippery slide on ice which ends up cracking and a fierce winter wind fight.

Spring comes in all its beauty with bird calls and flowing streams, a clear sky, and the silent murmurs of plants. Spring gently goes to sleep in a calm, soothing, and warm pastoral dance imitated by the sounds of bagpipes.

Each concerto was divided into three movements, fast-slow-fast, and likewise, each linked sonnet into three sections. The uniqueness of this piece to align at every point with specific texts makes it one of the best classical music that tells a story. A story not only originally written by Antonio Vivaldi, but also accurately and vividly described with music.

Operas have a soft, but solemn grip on the spirit of listeners and watchers. It not only awakens a continuous desire within its audience but also soothes the spirit.

If you enjoy the great art form that is opera music now and then, then no doubt, you’ll enjoy our selection of 5 pieces of classical music that tells a story.

Check out our other reviews and recommendations for great classical music from your favorite composers.