The History of Egyptian Classical Music 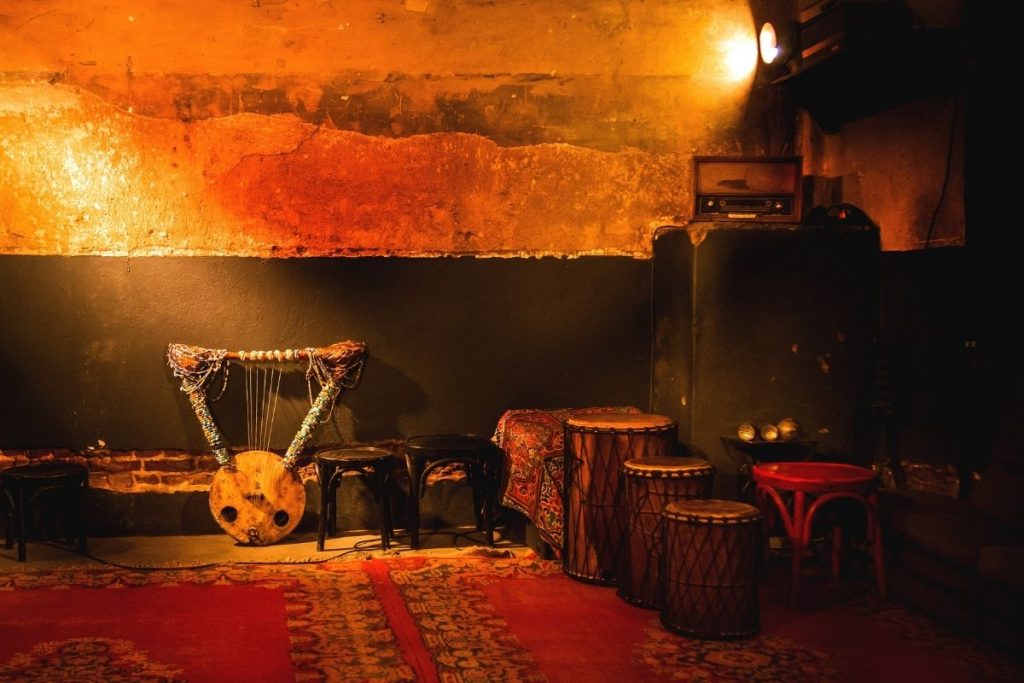 Egypt is one of the most ancient and interesting civilizations to date, and the country's rich history is closely connected to its music. Most of Egypt's discoveries, such as cave walls, pottery, and drawings, contain some form of musical representation. These can be depictions of instruments like clarinets, horns, flutes, and pipes.

The Egyptian god Thoth is credited for being the inventor of Egyptian music. Other gods such as Ra, Atum, and Heka and goddesses such as Hath are known throughout history as great contributors to Egypt's music.

Egyptians included music in almost everything they did. They played music during military processions, funerals, banquets, and other daily activities.

Egyptian classical music is fairly diverse because it's influenced by classical Arabic music. The Arabic version originates from areas such as Syria and Persia. History dates the music to around the 7th century and has integrated with Greek music. 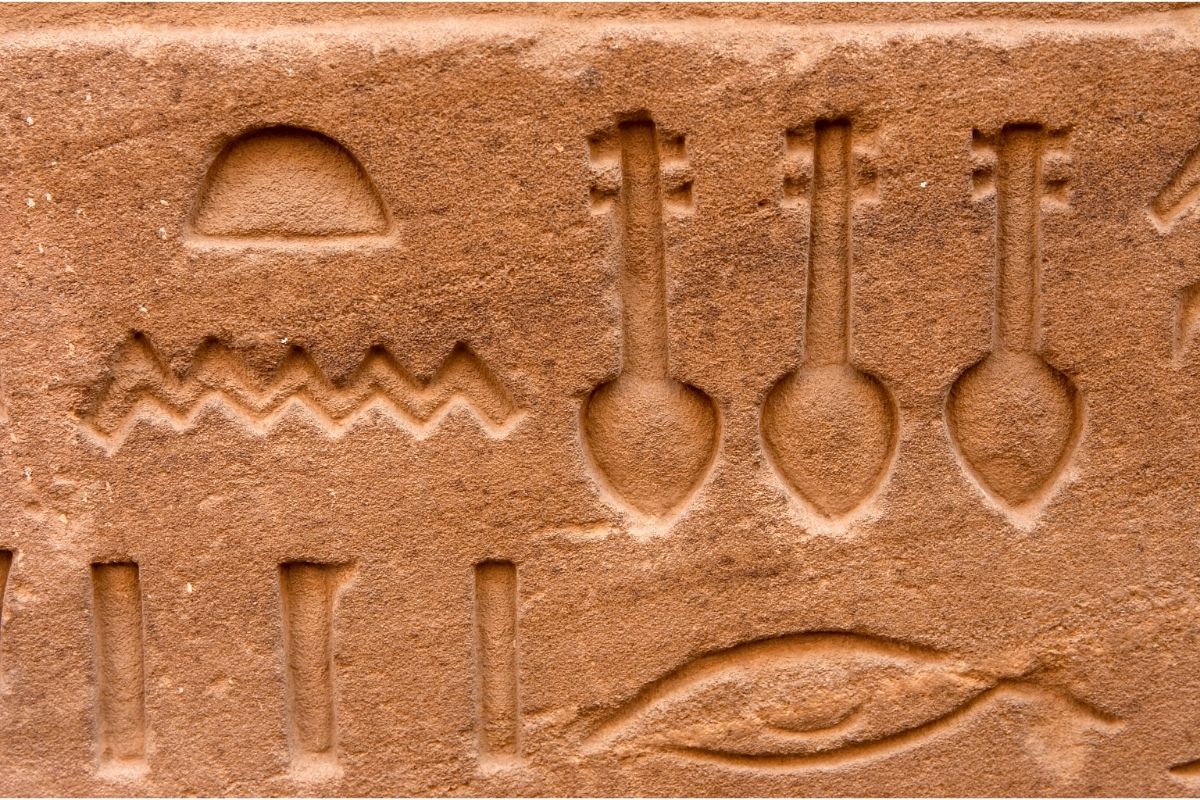 Because of their long history, Egyptians have some of the most diverse music cultures in the world. Egyptian music involves folk music, Nubian music, Sufi, and trance. Today's music encompasses all of these influences, making the sounds unique and harmonious.

The upper Nile valley is home to popular Egyptian folk music. Their music, "the Saidi," uses a double-sided drum and an indigenous trumpet to create unique beats. Musicians such as Les Musiciens du Nil and Omar Gharzawi are famous for their Saidi music.

Swahili is another popular version of folk music from the Mediterranean coast that uses a guitar. This music became famous because of Sawahli musicians such as Aid el-Gannirni and Abdo'l Iskandrani.

The Baladi is more modern but has roots in ancient Egyptian folk music. This music resulted from rural-urban migration in Egypt during the early 20th century when people from different areas intermingled, creating a sort of a mash-up.

The Coptic Christian music used instruments such as cymbals to accompany their songs. This is one of the music genres that has managed to stick to ancient Egyptian themes with a bit of Syrian, Shamy, or Byzantine influence.

Another form of folk music in Egypt is Nubian, native to people who live south of Egypt and their neighbors in Northern Sudan. This music has undergone the most transformation, mainly because most Egyptian Nubians live in Cairo.

You can tell Nubian music by daf and hand-clapping that accompanies the songs. Musicians such as Mohamed Mounir and Ali Hassan Kuban show how diverse this genre can be.

There are also dark parts to Egypt's music, as witnessed in Zar, a traditional form of music that is mystical. Egyptians used this music to cast away evil spirits and involved female singers and male dancers. This music seems to have a black magic influence, making it quite unpopular in modern times. 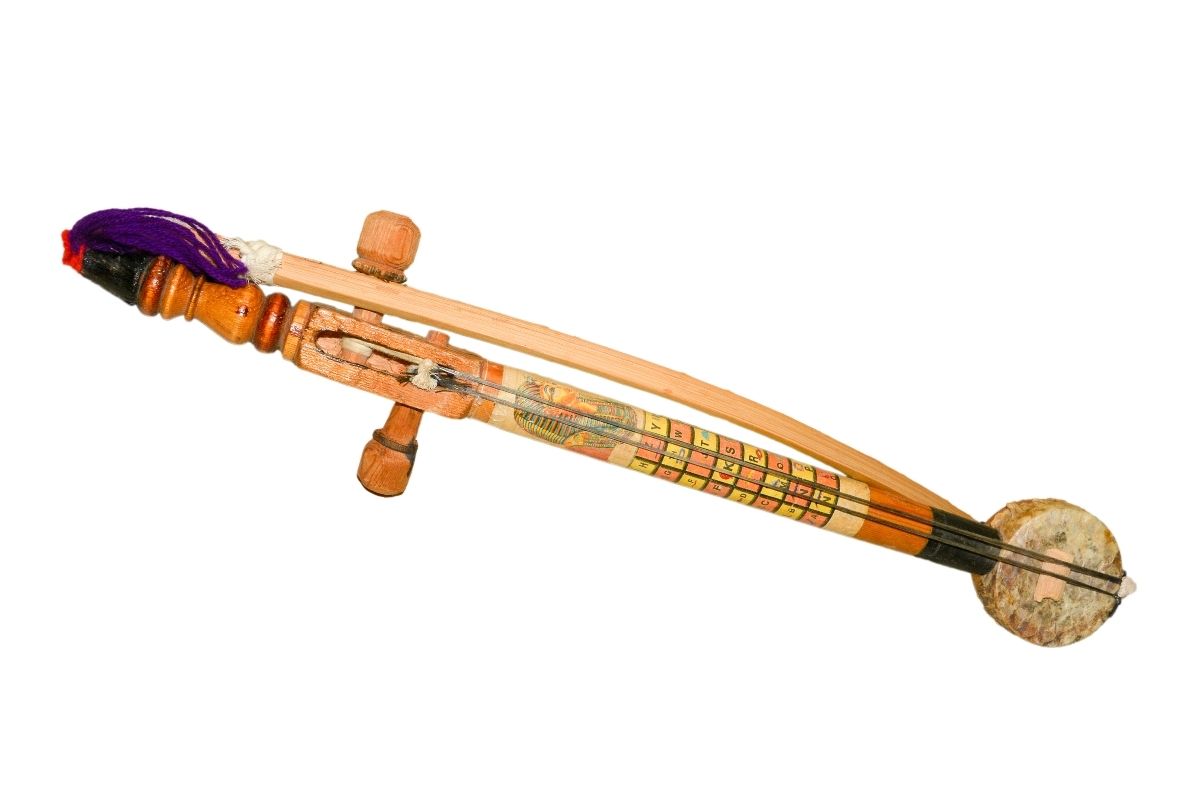 Because of its centralized location, Cairo is the epicenter of Egyptian roots where all cultures intertwine. This city has seen and preserved the best of middle-eastern classical, traditional, and ever-evolving modern music.

Cairo was also host to the earliest forms of classical music during the 19th century. The Hasaballah, an adaptation of folk music created by Mohammad Hassaballah and his band, took root. The band frequented Mohammed Ali Street in Cairo, and they used a mix of trumpets, trombones, snare drums, and other musical instruments.

Classical music rose when Egypt was a part of the Ottoman Empire. During this time, the administration empowered women to develop their music, increasing this genre's popularity.

Egyptians started recording their music in the early 1900s, and Cairo prides itself on having the largest recording industry for Arabic music.

Cairo has started to bring back older folk traditions to preserve this ancient culture. The western influence had begun to erode folk music, vital for people like Siwas, Egyptian Gypsies, Sinawis, and Nubians.

Egyptians have never forgotten their culture, and they continue to enjoy their music at weddings, funerals, and other traditional festivities to ensure continuity.

Recently, Egypt has ramped up its excavation efforts since the country has one of the oldest civilizations. Because of these excavations, historians continuously unearth artifacts such as ancient musical instruments. The Helwan University in Cairo has started a program to reconstruct these musical instruments to understand musical history better.

To date, Egyptian music focuses on what is culturally relevant instead of what kind of music pays more money. The "cancellation" of famous modern artists who use Western influence to create music considered derogatory in Egypt proves this.

During the 20th century, we have continued to see more orchestral music with signature poetic lyrics and long melodic intervals. Musicians like Umm Kulthoum, Abel Hafez, and Asmahan popularized this music.

The orchestral music of the 20th century mostly touched on love and its related topics. During this time, performances and live concerts were prevalent because of the popularity of the love theme.

Arabs influenced much of Egypt's classical music. This music resonated with them, especially at the end of World War I where Egyptian musicians became increasingly popular in the Middle East.

The Egyptians still love this music, and because of its popularity, they refer to this time as the "Golden Age." Fatma Said is one of the beneficiaries of contemporary Egyptian classical music, and she has gone on to perform at the Teatro Alla Scala in Milan.

Egyptian musicians began adopting western classical music instruments such as the piano, saxophone, clarinet, and violin during the 18th century. Aida, for example, is an excellent depiction of a mix of Egypt and western music. The performance by Giuseppe Verdi premiered in Cairo in 1871.

The British occupation drove the westernization of Egyptian music, and this influence has taken root today. This occupation introduced western musical genres such as jazz, samba, and rumba. This is now known as the classical music theory, which is covered in music conservatoire curricula.

This adaptation became more pronounced with Egyptian composers such as Abu Bakr Khairat, Gamal Abdelrahim, and Yusef Greiss. This continued even during the 21st century, with composers such as Mohamed Abdelwahab Abdelfattah.

Moderne Shaabi music is a mixture of street music, some western music genres, and Arabic pop music. This genre is still popular and uses instruments such as oud, Rahab, qanon, violin, and ney. An oud is similar to a lute, a Rahab is like an older violin with a single string, and a ney is a flute.

Egypt is generally depicted in many ancient love stories, and it fits nicely in opera because most themes are related to love. These are examples of classical music set in Egypt.

This opera's storyline covers Exodus and draws its content from the Old Testament of the Bible (Exodus and Psalms). Israel in Egypt was composed by George Frideric Handel and premiered in 1739 in the King's Theater in Haymarket, London.

This opera used Handel's original pieces and adaptations from other composers. This composition wasn't well-received despite the good reviews by the Daily Report.

The Magic Flute is one of Mozart's popular operas. The composition follows the adventures of Prince Tamino and Papageno as they work towards rescuing Pamina. The two were given magical musical instruments that helped them during their rescue mission.

This work premiered in 1791 at Schikaneder's Theater in Vienna. Towards the end of the performance, the two-person rescue team finds out the meaning of life through the Priests of Isis and Serapis.

Samuel Barber drew his inspiration from Shakespeare's play in 1966, covering Mark Antony's love for Cleopatra, the Queen of Egypt.

This creation by Phillip Blass premiered in Stuttgart, Germany in 1984 and depicted the religious convictions of Akhenaten, an Egyptian Pharaoh. This libretto involved other composers such as Robert Israel, Jerome Robbins, and Richard Riddell. Phillip was looking for originality, and this was accomplished by incorporating original Egyptian songs into the composition.

Giuseppe Verdi created Aida with four acts to an Italian libretto by Antonio Ghislanzoni. The opera premiered in 1871 at Khedivial Opera House and is still popular. It covers the ancient Kingdom of Egypt, is performed in different places around the world, and has been sung more than a thousand times since its inception.

Egypt is full of culture, and Egyptian classical music is a great way to study how the culture evolved to what we have today. Throughout history, we see how the emphasis of the Ottoman Empire in developing people's musical abilities has paid off. The country has produced some of the best musical geniuses in folk music, classical music, and the contemporary music Egyptians listen to today.

Egyptians are commendable people, primarily because they've managed to preserve their music, which is a big part of their culture. Subsequent generations can study this history and pass it down to future generations, making the music timeless.