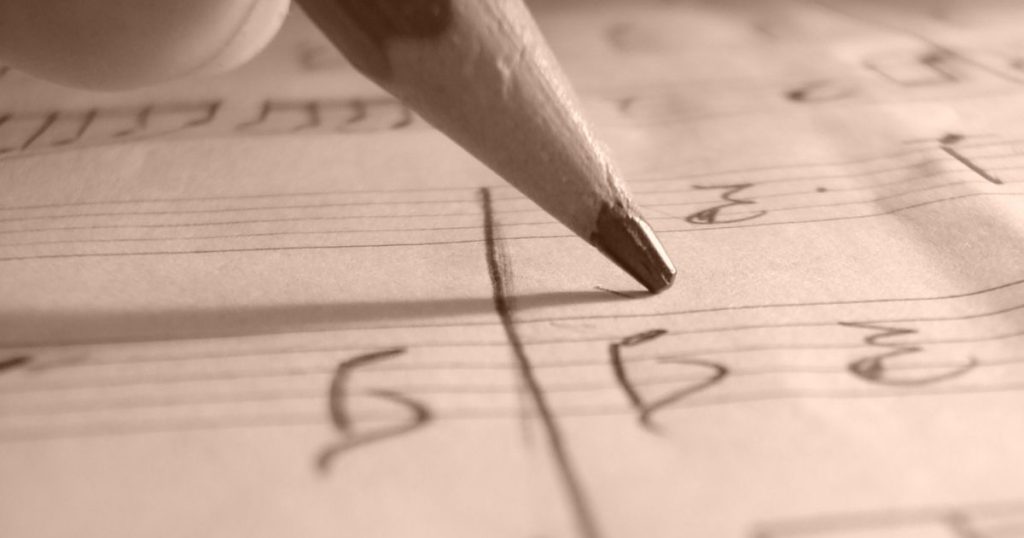 The list sure runs long when it comes to famous Romantic Era composers. From Chopin to Schumann, some of the best music composers are from the Romantic Era.

Be it operas or symphonies, the Romantic Era, markedly between 1820 and 1900, was full of thrilling projects. That was especially true because of changes in the music world and the many gifted composers therein.

Composers began to break free from the set norms and techniques. These composers went against the rigid foundations and rules that classical music was known for.

Keeping that in mind, let’s dive headfirst into our guide on the top 9 famous Romantic Era composers.

It’s said that Schubert’s gifts and talents were quite obvious since childhood. The composer hails from the outskirts of Vienna – a place called Himmelpfortgrund.

He owes his early music education to his family. Schubert received piano lessons from his brother while his father taught him the violin basics.

You’ll find it interesting to note that it didn’t take time for Schubert to exceed the expectations of everybody around him. At a young age, he was already playing better than his teachers.

Schubert joined the Stadtkonvikt School when he was 11. It was here the composer entered the world of the classical greats such as Beethoven, Mozart, and Haydn.

In 1813, he left the school and returned home. Schubert continued his compositional studies alongside Antonio Salieri.

He became a performing member of the Gesellschaft der Musikfreunde in 1821. Such a feat was among his first baby steps towards becoming a well-known musical figure in Viennese society.

At the tender age of 6, this composer was already a versatile violinist.

His style is a harmony of Bohemian music (his native) and Moravia’s beautiful folk music. Antonín was among the first romantic era composers to achieve success on a global scale.

In 1872 and the following year, Dvořák displayed his works in front of an audience in Prague for the very first time. Both these performances were a huge success, more so the latter one.

Even individuals such as Louis Ehlert, a music critic from Berlin, highly praised the works of Antonín Dvořák.

It was in the year 1880 when Antonín’s own religious rendition of Stabat Mater made it to the Prague Premier. Following this, other public performances in the US and UK were also hugely successful.

The String Quartet in E minor, the American String Quartet, Cello Concerto, and the Symphony From The New World are among his most accomplished works. Besides that, Antonín Dvořák has worked on 9 operas and chamber music.

His parents were Jewish, and he came from a humble family.

You’ll find it interesting to know that Gustav Mahler was among the top conductors of the Romantic Era.

Mahler created a beautiful harmony between the Austro-German traditions of the 19th Century and the 20th Century’s booming modernism.

He attended the Vienna Conservatory and graduated from the same in the year 1878. Mahler joined the Vienna Court Opera as its director in 1897. The classical composer even headed the New York Philharmonic and Metropolitan Opera in his later years.

Mahler was praised highly for his beautiful interpretations of the compositions by Tchaikovsky, Mozart, and Wagner.

Gustav Mahler is best known for his works on Symphonies 1-10.

When we talk about classical music in general, across various eras, this particular name will surely ring some bells. Tchaikovsky’s contribution to classical music is irrefutable, and his compositions are among the most acclaimed in the industry.

Tchaikovsky was also among the first Russians to achieve international success. He was a familiar face in big events held worldwide, including those in the US and Europe.

During his time, there wasn’t much scope for musicians from Russia to make it big. You’ll find it surprising to learn that Tchaikovsky was pursuing a career in civil service.

In 1865, the composer graduated from the Saint Petersburg Conservatory.

Depression and various personal crises were rampant in the life of Tchaikovsky. Losing his colleague and dear friend, Nikolai Rubinstein, was among the events that left the composer perturbed and quite lost for some time. The early death of his mother also had an immense toll on Tchaikovsky.

The Nutcracker, The Sleeping Beauty, and Swan Lake were among the renowned ballets that Tchaikovsky is famously known for.

This classical composer of the Romantic era needs no formal introduction. Beethoven is rightly among the most influential and recognized classical music composers of all time.

Johann van Beethoven, his father, laid the very foundation of his career. Later on in his career, Beethoven carried on his studies under the guidance of Christian Gottlob Neefe, a conductor and composer himself.

Beethoven composed Opus 1, and it was among his first composition, which of course, was a hit.

During his lifetime, he suffered from deafness. He was completely deaf by 1811. These circumstances made him call it quits, and he stopped his public appearances. Beethoven also stopped performing.

Many of his renowned works that you know of today came to light after his passing. These compositions include Für Elise, among many others.

As you’ll already know, the world of classical music is extensively composed of men. You’ll rarely see women making it as successful composers. That’s especially true for the Romantic Era and the periods preceding that.

But even in such unfavorable environments, composers such as Clara Schumann were able to shine and make their mark in the classical music scene.

Clara was a child prodigy, her piano skills second to none. She joined Vienna’s Society of the Friends of Music.

She married Robert Schumann. This had a heavy influence on her subsequent works.

In the Romantic Era, you’ll find numerous gifted individuals, and Liszt was among the top.

Other than composing classical pieces, Liszt was an organist, arranger, music conductor, and virtuoso pianist. He was also a famous writer and was known for his philanthropic lifestyle.

Liszt was a benefactor, musical promotor, and friend to many well-known composers such as Robert Schumann and Chopin.

The Symphonic Poem was among Liszt’s most highly acclaimed works.

This particular classical music composer of the Romantic Era was extensively known for his works specifically relating to solo piano.

Chopin wasn’t particularly a fan of showing off his skills to a public audience. You might find it interesting that, in total, only 30 of his performances were recorded publicly.

Since he wasn’t into glamorous performances, Chopin made ends meet by teaching and by selling what he composed.

Robert Schumann was one of the many composers to regard Chopin and his works. He maintained a good relationship with Franz Liszt as well.

The instrumental ballade was one of Chopin’s inventions. He produced sonatas, preludes, scherzos, impromptus, études, polonaises, nocturnes, waltzes, and mazurkas.

At the age of 4, this classical composer first laid his fingers on the piano.

Blessed with a family known for their musical talents, you can say that Rachmaninoff was destined to join the ranks of the Greats.

He attended Moscow Conservatory and graduated in 1892. Before he graduated, Rachmaninoff had already composed various orchestral and piano pieces.

The classical composer worked as a conductor for the Bolshoi Theatre.

You’ll probably know Rachmaninoff for Symphonic Dances, Symphony No. 3, and Rhapsody on a Theme of Paganini.

These famous Romantic Era composers have surely left their mark on the history of classical music.

Amid varying hardships and across different landscapes and backgrounds, these composers were able to push through and create legendary musical pieces.

Their music will be remembered and studied for a long time to come. Their souls and passion carry on through every note of the music that they composed.

Undoubtedly, these composers will continue to inspire and motivate those who, just like them, wish to pursue a career in classical music.

We hope you’ve found this article helpful. Don’t forget to forward it to your friends!

Make sure to check out the best relaxing Christmas music.