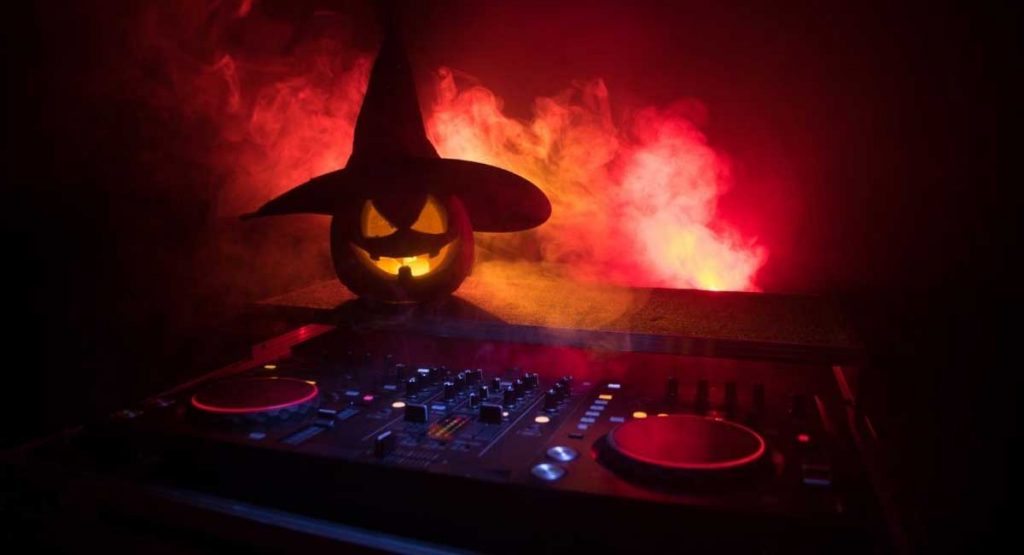 The idea that classical music is boring couldn’t be further from the truth. Composers from past centuries knew how to make the hairs on your arms stand on end. And guess what? They used superior technology – such as seasoned symphonic orchestras and magnificent human voices – to make it happen.

Instead of listening to sterile digital tunes, make yourself (un)comfortable with fabulously scary performances of some of the best classical compositions ever written. We present you jewels from the ghastliest corners of the world of classical music – including the top 5 Halloween classical music compilations. You’re welcome.

Before we introduce the ultimate five spine-chilling Halloween classical music collections, let’s have a glance at the compositions that appear in most of these compilations. These are some of the scariest, creepiest pieces of music ever written.

There are so many fantastically spooky classical compositions out there, and listing them all is impossible. We are yet to discover the frightening potential of long-forgotten compositions. So instead of trying to offer a definitive list, we’ve reviewed some amazing Halloween classical music albums. Pick one or many, and a magnificently eerie atmosphere is guaranteed.

Verdict: Best for those who enjoy many different styles of music.

With nearly ten hours of continuous music, this album will keep you up all night.

This large collection of Halloween-themed music compositions includes about half of the pieces we listed above and many more. You’ll have a chance to listen to a variety of compositions in the same vein, including Also Sprach Zarathustra by Richard Strauss, Pictures at an Exhibition by Modest Mussorgsky, and Chorus of the Witches: Che Faceste? (from Macbeth) by Giuseppe Verdi.

In addition to these, this album includes newer compositions, such as The Planets by Gustav Holst, and less-known ones. The collection also includes several sections of The Rite of Spring by Igor Stravinsky (‘Glorification of the Chosen Victim,’ ‘Mystical Circles of the Young Girls,’ ‘Ritual of the Ancestors,’ and ‘Sacrificial Dance’ from Part 2: The Sacrifice).

There’s something for everyone in this album, including Dance of Demented Goblins, The Exorcist soundtrack, and more compositions that are not classics in a narrow sense, but which have found a way into the Halloween canon.

Another group of compositions worth mentioning are classical pieces that most of us wouldn’t consider scary under normal circumstances – works of Bach, Vivaldi, Tchaikovsky, and others. There are also some opera acts and arias.

This selection of horror pieces is pretty similar to the last one and it has the same advantages and same faults. It’s super-long: play it once, and you’ll have an all-night-long soundtrack. With more than 10 hours of non-stop music, this is the longest album on our list.

Just like the 99 Must-Have Halloween Classics, this selection contains some of the top Halloween classics. It also has lesser known and newer compositions, including those that are not classics – and those that are classics but are not completely suitable for Halloween. Some pieces, like the Nutcracker, might be scary at times, so it’s a good idea to include them.

Despite these similarities, the compositions are not the same on these two albums. For instance, this selection includes Gayaneh, Act III: Sabre Dance by Aram Khachaturian, The Flying Dutchman by Richard Wagner, and more.

With 50 musical pieces and 5 hours of playtime, you could say that this album offers merely a half of the value of the previous two. However, this collection contains only classics, and only scary pieces. There are no other compositions added to boost the playtime.

So, if you’d like every tune to produce the authentic Halloween effect for you and your guests non-stop, this is probably the best choice for you.

4. The 13 Scariest Pieces of Classical Music for Halloween

Verdict: Best for those who look for a small collection of curated classical Halloween compositions.

This selection is made with great care, and even the number of compositions is just perfect for Halloween: 13.

Despite the small number of musical pieces, they match our selection to a greater extent than the previous three albums, so we totally recommend it. On the downside, it’s just one hour and a half of music, so unless you want to listen to the same compositions more than once, this album will not be long enough for a full Halloween night.

Verdict: Best for those who don’t really want to listen to the classics all night long.

While this is a great and totally appropriate Halloween album, it’s actually not a classical music collection. It’s rather a mix of newer compositions, mostly movie soundtracks, which make a standard choice for the creepy holiday.

It’s probably best to have one classical playlist and this one as well, because who knows what your guests or family members would prefer.

We hope we have helped you find the scariest Halloween classical music for your creepy evening. Check out our other reviews and recommendations. Happy Halloween!