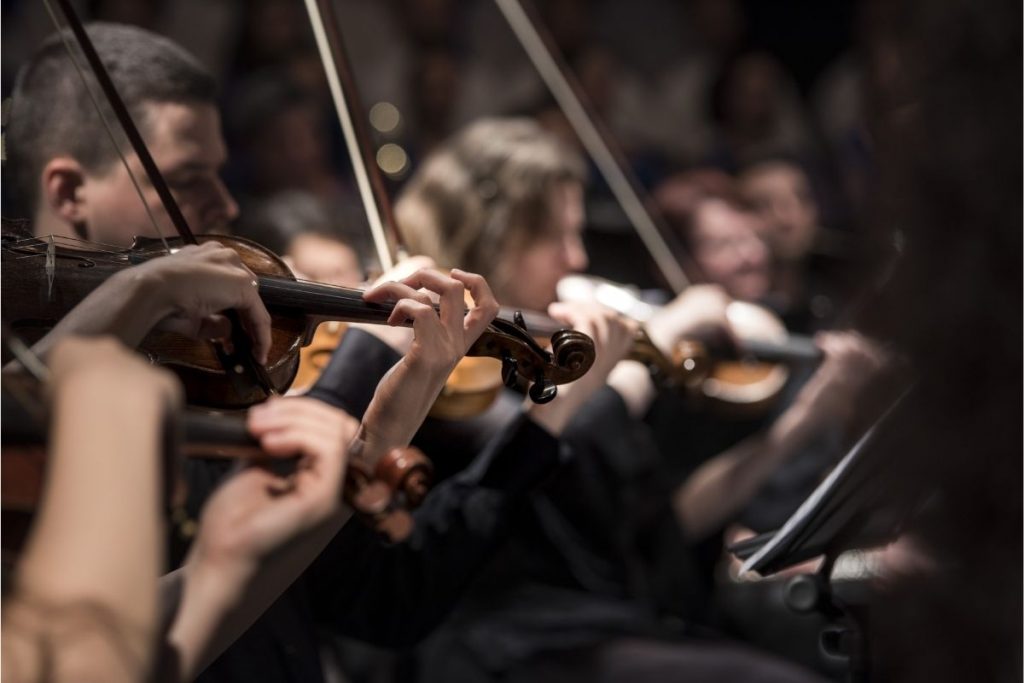 If someone asked you “what's classical music?” would you mention Mozart and Beethoven? You'd be right, but it might’ve been more of a lucky guess than you thought.

No matter if you were introduced to Wagner by a famous, rascally rabbit, or the Sonata in B flat Major sold you a new car, or if these names have meaning beyond popular culture and marketing schemes, classical music is everywhere around us both as a representation of history and a reflection of modern society.

Let's begin with a definition. A seemingly droll bit, considering the depth of this music style.

Classical music is defined by the Cambridge English Dictionary as:

Whether or not you're a part of the classical music community, it's helpful to have some idea of what this genre is, as there are two contemporary understandings of the Western genre.

First of all, classical music is a style of a particular period, specifically 1750 CE to 1830 CE. Like any other, it's defined by technical guidelines and unique sounds.

Classical music is also a general term to describe music from as early as the medieval period and into the 2000s. We're not talking pop music or hip hop, but what follows the technical principles of music and strives for a particular form of perfection.

Yo-Yo Ma, a cellist, and Andrea Bocelli, a tenor, are two famous examples of classical artists of the modern era. Yet classical music doesn't end there, and you might be surprised to find that it is commonly linked to electronic music.

We tend to paint all music from the last centuries with the same, wide brush. Music over the last millennia has changed a lot, and not just in the last century. As with any other genre, classical music was influenced by and has influenced various other styles.

Super cool fact, music can be traced back thousands of years, with this ancient music from 1400BCE being the oldest known melody. Amazing!

The history of music is an important part of understanding specific genres, and this applies to modern music as well. Compared to the piece above, classical music is a rather new form of music, with its influences coming from the medieval and Baroque periods.

You may have heard the tunes of Medieval times in large basilicas such as the Vatican or other large cathedrals across Europe.

During this time, the most popular music across Europe was inspired by Greek songs and created to worship in the Catholic church. These melodies, now called Gregorian chant, were monodic - consisting of a single line of melody - and were often unaccompanied, meaning they didn't use instruments.

Confused? Listen to this.

Following the medieval period was the renaissance age. Composers were still largely focused on chants, but became interested in using instruments in rather crafty ways, often using them to replicate melodic vocals.

The string instruments, referred to as the viol family, are the grandfathers of more modern versions and added a sort of soft, folk music quality.

To gain a sense of the progression, listen to this work by William Byrd.

Next came the Baroque era, from which came the infamous Johann Sebastian Bach, deemed the Greatest Composer of all times.

Baroque music is where we begin to see a shift from choral music to more advanced instrumentals. It’s known for complicated and layered compositions, in which new, heartier instruments like the violin and cello replaced the softer viol of the renaissance period.

Listen to a Handel score or the work of Vivaldi, and you'll immediately find a contrast from the previous centuries.

Around halfway through the 18th century, classical music came onto the scene, taking instrumentals to new places of structure and expression, albeit refined. The classical music tradition is known for its near-obsession with structural precision.

Don't worry, you were wrong about JS Bach being a classical composer, but correct that the ever famous Mozart and Beethoven are composers of the classical period.

If you need a more definitive answer to “what’s classical music”, listen to Mozart's Symphony No. 40 in G minor, and Beethoven's Moonlight Sonata as compared to the masters of the previous century.

From the end of the formal classical period in the early 19th century, we see the early and late romantic periods. One of the most successful of his day, Chopin once said this,

“Bach is an astronomer, discovering the most marvelous stars. Beethoven challenges the universe. I only try to express the soul and the heart of man.”

It was a clever way to describe not only the style of the music but what it stirred within its audience. That said, the romantic period was anything but pedestrian. It just encouraged a different sort of mental and emotional exploration.

Listen to Tchaikovsky to get a better sense.

The end of the Great War brought postmodern music. Music as a whole began to change rather drastically, both as a response to the changes in society, economy, and technology and, in many ways perhaps, as a challenge to the ideals of the former masters.

So what does classical music mean for today’s artists?

Today, many forms of contemporary music incorporate the stylings of classical composers, but we also see a lot of classical music produced today. They can be found not only on Spotify or Youtube but also in major productions.

Listen to this popular piece by Korean pianist and composer, Yurima, 'River Flows in You'. You may know of it as Bella's Lullaby from Twilight: Breaking Dawn.

Master of post-minimalism, German-British composer Max Richter is responsible for the ethereal, yet melancholy, On the Nature of Daylight, which has been used in various films, most notably Shutter Island.

With such a long, rich, and varied history to inform and inspire, classical musicians continue to produce soulful pieces of work, creating a huge impact and quiet moments of pondering.

It's just that poetic. So, the next time someone asks you “what’s classical music?” you will no longer mention only Mozart and Beethoven, but so many more!