Is There A Difference Between Baroque And Classical Music? 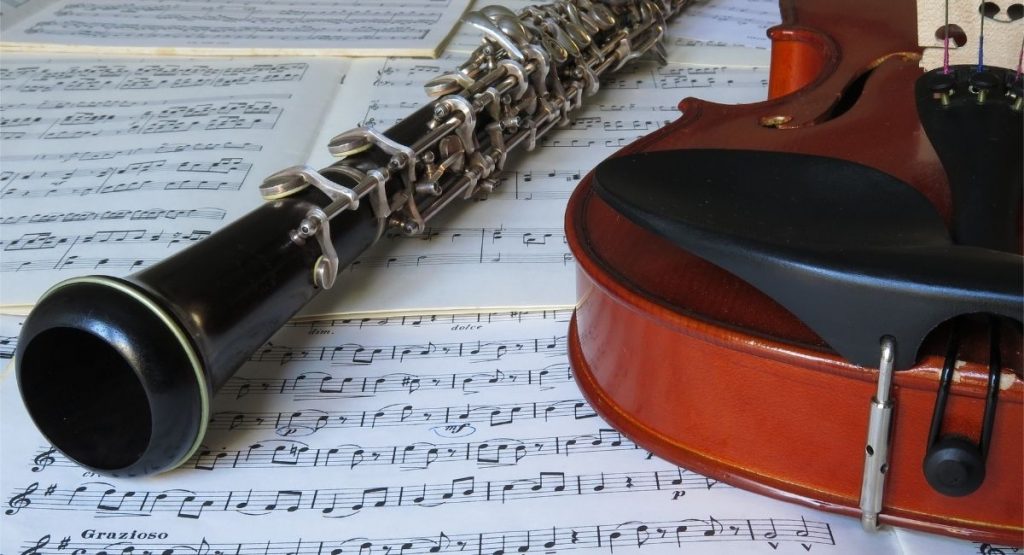 Baroque and classical are two types of Western music that have both been around for centuries. One could say that they are the most popular types of instrumental music in modern times.

However, there are still many people who don't know what the difference is between these two distinct styles. In this article, we will examine the qualities that create differences between baroque and classical music.

What Is Baroque Music?

Baroque music originated during the era that followed the Renaissance (1400-1600) and preceded the Classical music era. The word “baroque” was used to describe the architecture during this time period because it has an ornate style with complicated designs, asymmetrical shapes, and sharp angles.

Baroque began in Italy before the style spread through Europe. It is an intense style, which is why many composers in the Classical era wanted to return to simpler forms of expression after the popularity of baroque-style composing began to decline.

Baroque music typically includes some form of dance as well as aspects such as opera, mass, and chamber work for singers and instruments. Musical forms of this time are often characterized by ornate melodies performed in a wide variety of styles on different types of keyboard instruments.

Baroque musicians had more freedom than those of the Renaissance because composers were allowed to decide for themselves how their works would be performed and designed.

One Of The Most Famous Composers Of The Baroque Period: Bach

Many composers were born during this time, including one of the most well-known names: Johann Sebastian Bach (1685-1750). Bach, Handel, and Vivaldi, are all Baroque composers who created great works for choirs to perform with orchestra accompaniment.

Bach was born in Germany and is credited with changing the course of music history. He spent most of his life working at churches as a choir director, organist, and eventually a town musician. An ideal example of Baroque style is Bach's Mass in B Minor, which features an orchestra along with multiple singers for each part, creating rich textures within their movements.

The Baroque period is considered to be the most emotional, intense and complex musical  period in history. Its style is still expressed through dance genres such as ballet, where composers use fast-moving melodies to express dramatic action within their music.

The Key Features Of Baroque Music:

What Is Classical Music?

Classical music is a style of musical expression that began in the Baroque era in Western Europe. It is characterized by the use of formal musical structure, which includes instrumental arrangements and composition.

This type of music has historically had a great cultural impact around the world because it resonates deeply with people. When an audience hears classical music, they are typically able to feel and appreciate its beauty.

Baroque music is typically viewed as the beginning of classical music. During this time, composers grew more accustomed to using tonality and developed their own rules for composition practices; this set a standard that continues in the modern-day musical design.

The great thing about this genre is that there are many different styles of music that can be considered "classical". Classical pieces have been written for orchestras, chamber ensembles, theatre productions, and even film scores. Popular composers of classical music are Wolfgang Amadeus Mozart, Ludwig van Beethoven, and Igor Stravinsky.

One distinguishing feature of classical music is the use of primarily instrumental arrangements rather than vocalization. This means that all or some parts of a song are performed without vocals. The musical accompaniment is what carries the melody throughout the song, often making it recognizable as a well-known classical piece to listeners around the world.

The Key Features Of Classical Music:

What Is The Difference Between Baroque and Classical Music?

Most people don't really know the difference between Baroque and Classical music, yet they are quite distinct from each other. Here are some key differences between these two music styles:

The Periods of Origin

The origin of Baroque Music is the late 17th century, while Classical music is considered to have emerged in Europe during the 18th century. Classical music can be defined as a style of Western European music, which replaced opera in popularity around 1800.

The Baroque Period has its roots in the Italian Renaissance and in Medieval music, but it is generally seen as a distinct period in its own right. The Classical period is more of a transitional phase between the Baroque and Romantic periods. It was during this time that more works were commissioned by wealthy patrons to be performed at their own private concerts than before.

The instruments used in Baroque music included the harpsichord, violin and organ. Classical music is characterized by the use of more orchestrally-based instrumental textures that were not limited to one or two soloistic lines (ex- violins, cellos, etc.).

The use of major and minor keys also differentiated the musical styles, because classical pieces typically employ keys both at some point during the piece.

The Style Of Composition

Composers in the Baroque era wrote for specific instruments and were expected to improvise in terms of sounds and tone. Classical composers, on the other hand, followed more rigidly structured rules of composition.

The Timing Within The Musical Pieces

Baroque music is not limited by the timeline or "bars" that classical music is generally bound to. The structure of Baroque music is more fluid, allowing for artistic improvisation.

The Mood Of The Music

Baroque music is generally known to be deeply emotional and passionate, whereas classical music relies more on a level of restraint.

The Structure Of The Music

In Baroque music, the musical structure is not clearly defined; this allows for spontaneous improvisation and personal expression within certain confines. Classical composers, on the other hand, were much stricter when it came to how a piece should be structured.

The melodies in Baroque music also employ a lot of chromaticism and other techniques that allow for more flexibility and freedom than what you find in classical music.

The Temperament Of The Music

Baroque music was written in a "well-tempered" system, which meant that it could be played equally well on any instrument. Classical pieces were usually written with a specific temperament or instrumental group in mind so that the piece would sound good on those instruments only.

Baroque pieces are generally in the form of a rondo. A “rondo” is an instrumental piece that follows an ABACABA pattern, where A and B are contrasting sections and C is a different theme altogether. Classical music usually has movements arranged in some sort of order like sonata-allegro or ternary (ABA).

The Rhythm And Meter

Baroque music is written in a "free" meter which does not rely on accents or stresses to create the beat, whereas classical pieces use specific time signatures.

For Baroque music, the accompaniment is generally more important than the melody line. An example of this is Baroque opera, where a specific vocal section may not be given as much attention in the performance and is performed by a soloist with an ensemble.

In Classical music, however, accompaniment is used to support a melody line rather than take away from it.

Baroque composers were generally much freer with their use of dissonant harmonies, so they weren't confined to the rules we have nowadays about which notes “should” be played together. In classical music, however, composers were more concerned with consonance and making sure that everything sounded pleasant and harmonious to the ear.

Baroque pieces are generally much faster than classical music pieces. In fact, the tempo of Baroque pieces varies so greatly that it was difficult to give a generalization about how fast they would be played. Classical musicians usually keep the music’s tempo pretty steady throughout the entire piece, with very little fluctuation in speed from beginning to end.

The dynamics in classical pieces are much more defined than they are in Baroque music. Dynamics are used to indicate how loud or soft a piece should be played. Baroque composers  allowed for improvisation and interpretation of the music’s performer when it came to their dynamic markings.

Classical composers wrote for specific instruments and their melodies, usually featuring a lot of wide leaps and high notes. In Baroque music, the melody is what was written for the keyboard-like instrument called the "clavecin" or harpsichord, so those features are dominant in that type of composition.

The Melodic Character Of Lyrics

Baroque lyrics were often focused on a narrative about an interesting or exciting story, whereas Classical pieces used a lot of imagery and allegory in the lyrics rather than telling straightforward stories.

The Bottom Line: There Is A Big Difference Between Baroque And Classical Music

Baroque music has a lighter tone than classical music. This is primarily due to their differences in instrumentation, melodic structure, and harmonic progression. Classical pieces are more formalized with an emphasis on complexity, while Baroque pieces have longer melodies that can be repeated or developed over time to create tension.

The use of dissonance also differs between the two styles; Baroque compositions have fewer unresolved chords which give this style a lighter sound. Though there are some similarities in the two styles, these differences make each style unique. We hope this article has been helpful in explaining the specific differences between baroque and classical music.