Who Pioneered Classical Ragtime Music? A Look at a Forefather of Modern Music 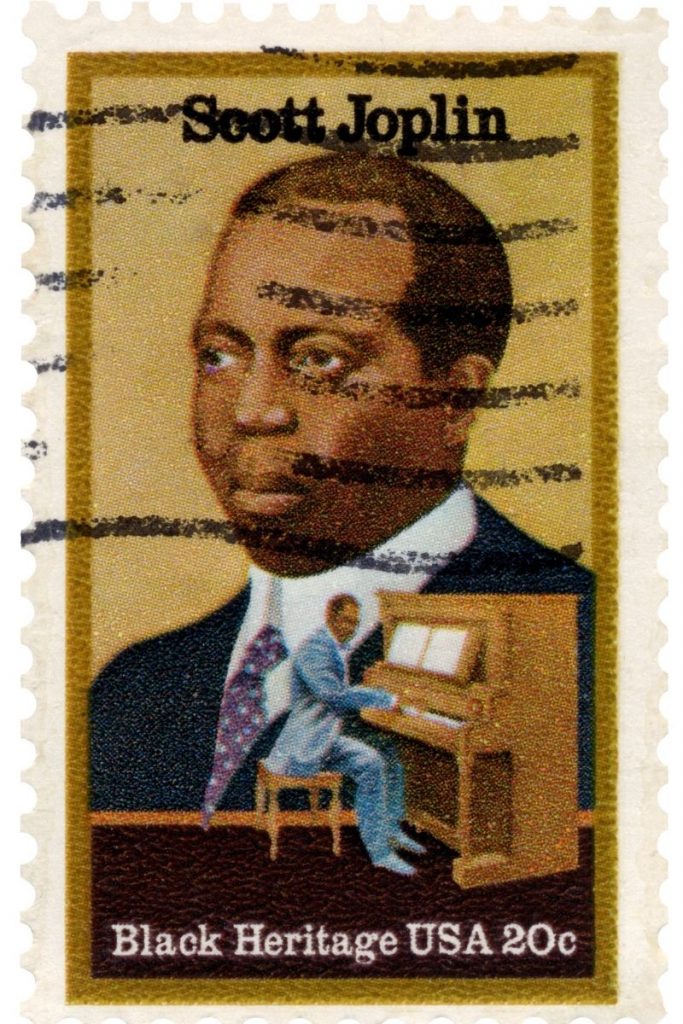 Scott Joplin is considered the King of Ragtime and is often thought of as the man who pioneered classical ragtime music. Just as any other genre of music, it was the first to break down a classical beat by way of syncopations.

What Is Ragtime Music?

As defined by the Library of Congress:

Ragtime is a musical genre based on piano compositions, generally in duple meter and containing a highly syncopated treble lead over a rhythmically steady bass. A ragtime composition usually includes three or four contrasting sections or strains, each one being 16 or 32 measures in length.

Where Did It Come From?

While there is no clear trail of history back to the birth of ragtime, several credible sources are believed to be the pioneers of classical ragtime music in the 1890s.

It revolved around slaves performing a mix of song and dance for the entertainment of plantation owners, mimicking their movements. This became known as "the cakewalk", with plantation owners awarding the winners with fancy cakes.

Within a few years, this tradition became a popular minstrel entertainment across the country, and by the 20th century, musicians had written hundreds of cakewalk songs.

Many of these were a commentary on the attitudes of the plantation where white people 'enjoyed the spectacle of Black performers, who were believed to have a “natural sense of rhythm.”

Unsurprisingly, white critics of the period had an issue with the 'moral influence of the cakewalk' perceiving the movements as too sexual. Easy to imagine the absolute horror of the fine ladies and gentlemen of the late Victorian era, right?

Born in northeastern Texas, Scott Joplin was a piano prodigy who came from a family of musicians. His mother Florence was a singer and banjo player, and his father Giles was a violinist.

Growing up amongst musicians, he learned guitar at a young age and, instructed by a local German instructor, Julius Weiss, he eventually began playing piano, the instrument that would lead to his success.

As a teenager, he began to travel and play music in bars and halls, where he was introduced to musical expressions that became the precursor to ragtime. The syncopated rhythms and ‘fusion of musical sensibilities’ captured his deep interest.

In the late 1890s, Joplin attended Sedalia's George R. Smith College for Negroes. He became a teacher and mentor to other ragtime artists and the most published composer of the genre.

As a Black composer and the man who is believed to have started classical ragtime music, he quickly became a fierce advocate of the genre, sharing, educating, and composing throughout the remaining years of his life.

His life was also driven by the depreciatory responses from white critics due to its African American origins, as well as its radical nature as compared to other popular music forms of the day.

Joplin’s first published ragtime piece was called "Original Rag", but he was made to share rights with another composer. When he went on to write his most infamous piece, "The Maple Leaf Rag", he relied on a lawyer to protect his music.

While the money didn’t roll in immediately, it eventually picked up in popularity and became the biggest Ragtime ever, selling over 1 million copies.

Joplin went on to produce over 100 pieces of ragtime music as well as a ballet, and a couple of operas, the first of which was nearly his financial ruin. All artists suffer for their work, right? And at the end of the day, he takes the credit for being the pioneer of classical ragtime music.