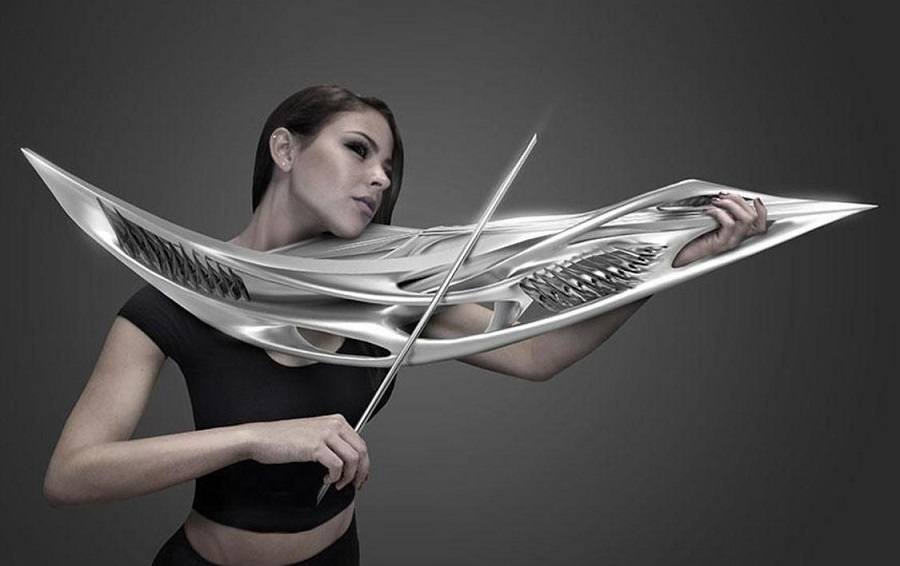 Humans have always attempted to derive sound from devices.  The classical music period is well known the development of some strange instruments.  Some of these weird musical instruments took on a life of their own and have some colorful stories to tell.

Summarized below is a list of six weird instruments whose stories are just as entertaining as the sounds they create.

Even though Mozart composed pieces for it and Benjamin Franklin radically modified its design, the glass harmonica (also known as armonica) has had a certain amount of difficulty in obtaining a popular following.  Aside from the involvement of two historic heavy hitters, this is one of those amazing instruments which has a rather amusing side story to it. 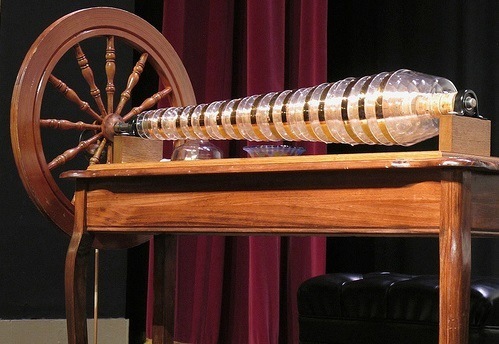 At the height of the instrument’s popularity, there were unfounded claims that the eerie sound emanating from the glass of this strange classical music instrument could cause mental distress.

A German music expert warned not to play this instrument if you are suffering from a nervous disorder or are feeling melancholy.  Today, the glass harmonica enjoys a limited number of admirers, none of which have filed a lawsuit alleging mental illness.

This quirky classical music instrument has the distinction of being the only instrument which is played by not placing hands on it.  Invented by accident in 1919 by Russian scientist Lev Termin, it is also known as the etherephone or termenvox.

Termin was researching dielectric applications when he made an unusual observance.  While doing work with x-rays and sounds to measure gases in jars, the scientist heard changes in audio tone pitch as he moved his hand around.  Having studied the cello, he started making hand motions as if he was playing and came upon the idea of a new electronic weird classical music instrument.

The Theremin gained popularity in 1927, as Termen toured the United States with his strange classical music instrument.  In the 1950’s, the Theremin was popularized by Robert Moog utilizing it in his synthesizers.  The tones derived are quite expressive and have been used in music for film and movies.

Who would have thought that a popular hardware tool for cutting wood would be one of the more exotic classical music instruments?  These weird instruments are constructed by drawing over the teeth a violin or cello bow which is primed with rosin.  The device is played with two hands by clamping the saw between your legs.

The individuals who play these amazing instruments utilize saws which are purchased from hardware stores.  However, many musicians prefer custom made saws which are easily flexed and have a handle on the thinner end for bending it.  The bending restricts vibration, dampening sounds which are not desired by the musician.

The musical saw has been used by classical music composers such as Khachaturian and Shostakovich.  It is more widely used in folk music, which is the one niche it is most associated with.

Next on the list of weird instruments is the baryton, which appears to be a hybrid between a viola de gamba and a bandora.  This results in a design which incorporates strings situated at the front and additional ones behind the neck which can be plucked using the thumb. 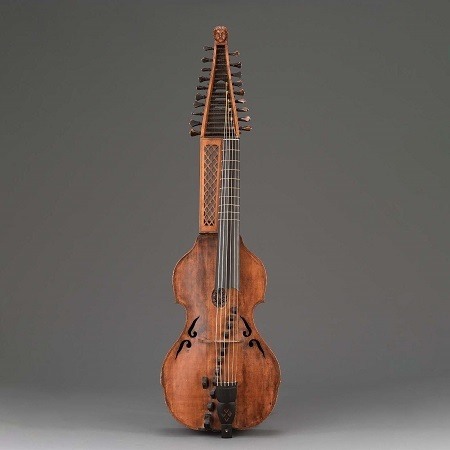 This particularly quirky classical music instrument required a great deal of skill to master.  It consisted of having up to forty sympathetic strings which could be thumbed at the back.  The baryton was used extensively by Haydn, who wrote music for the prince.

After Haydn lost his relevance, the baryton experienced a quick demise in popularity.  As one of the more weird music instruments out there, it is now undergoing a revival thanks to early music specialists.  Long live the baryton.

Powered by a combustion mechanism, the Pyrophone Organ is aptly known an as the fire organ or the explosion organ.  To play this, which is categorized as one of the strange instruments, a certain part of the organ must be set on fire.

This instrument is powered by either gasoline or propane which create explosions that force exhaust down the pipes to regulate the sounds emanating from it.  Of course, it is perfectly safe, but ultimately, it can make for an explosive performance.

The sound from this instrument can be made to cease either by reducing or increasing the height of the flame.  This prevents the number of detonations to no longer correspond with the number of vibrations required to create a musical sound.

This double bass instrument which stands approximately 3.5 meters tall which make it too big to play with the hands.  This quirky classical music instrument was invented and constructed in 1850 by Jean-Baptiste Vuillaume, who was an immense fan of huge stringed instruments.

Because of its string thickness and fingerboard length, this instrument has an elaborate construction of foot pedals and levers which make playing possible.  There are only seven of these bowed string instruments in existence.  This strange classical music instrument has never been mass produced, nor used on a large scale by composers.

The Montreal Symphony Orchestra received a donation of an octobass in October 2016 and is the only orchestra in the world to own one.  This particular instrument was constructed by Jean-Jacques Pages of France in 2010.

Through the years of classical music history, there have been many unusual instruments which have been introduced to produce additional unique sounds.  Most of these instruments have not caught on and remain a curiosity and enigma. 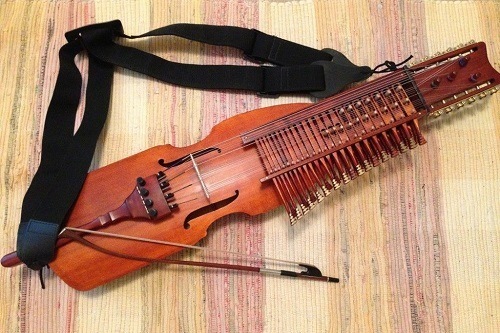 The stories associated with these quirky classical instruments provides a better understanding of the evolution of classical music.

Taking a trip down memory lane and reliving these glory days of musical innovation enriches our understanding of the arts and the people who strived to advance them.  Humans have had an insatiable need to create sound, and there has been no shortage of ideas when it comes to instruments that create them.