Classical Music of Royal Funerals: The 10 Most Memorable Ceremonies and Tunes 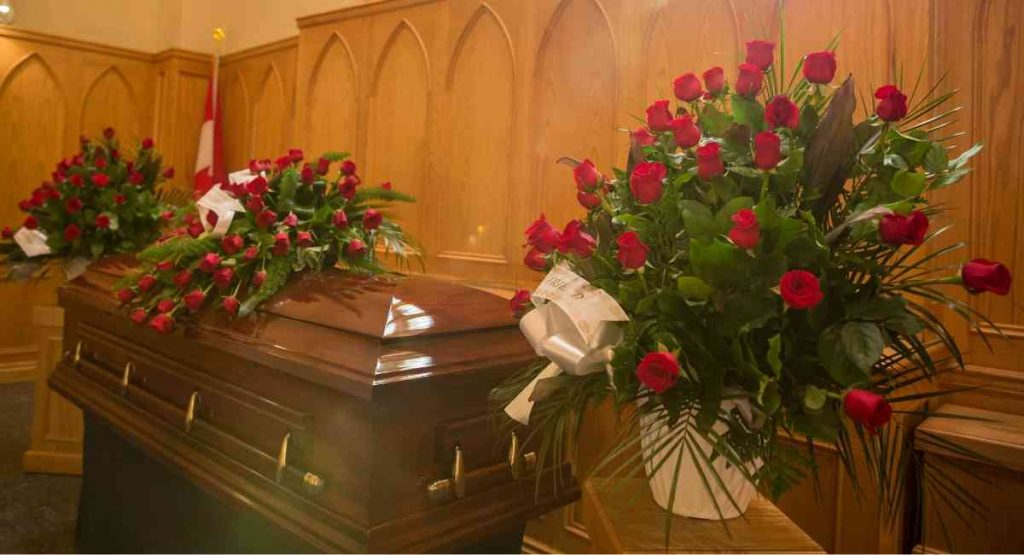 Over the years, British royals have been quite particular about the music that is played at their funerals.

Whether for a state or private funeral, special care is always taken to make sure that the wishes of the deceased are granted and that they are sent off in the most honorable way possible.

As a bonus, we also added a list of our top twelve classical funeral pieces to add to your playlist.

We should warn you that you may need a napkin while reading this tear-jerking compilation of the classical music of royal funerals.

King George V was the grandson of Queen Victoria and the grandfather of Queen Elizabeth II.

When he died of illness in 1933, Paul Hindemith wrote a song in tribute to the king on the same day of his death, and on the following day, he, along with an orchestra, performed his composition called "Trauermusik".

This British Monarch is probably best known for his leadership during World War 2 and the speech impediment he eventually overcame.

He died in 1952 due to illness and his state funeral was held a little more than a week later. It was attended by his family, friends, associates, and members of the public. Some of the music played at his funeral included:

King Edward VII was Queen Victoria's son and King George V's father. He reigned over the United Kingdom from 1901 to 1910, when he died of a chronic illness.

This monarch contributed a lot to the arts in general, but particularly to music. He was involved in founding the Royal College of Music along with Prince Albert, his father.

Edward Elgar composed his Symphony No. 2 as a tribute to Edward VII in the same year that he died. Part of this work, "Larghetto" is a funeral march and was played at the king's funeral mere months after it was written.

Here are some of the pieces that were played at Edward VII's funeral procession.

Princess Margaret, the Countess of Snowden, was Queen Elizabeth's younger sister and the "party girl" of the royal family of that era.

She enjoyed living the good life with her friends who belonged to a similar class and high status. This wasn't entirely a good thing, as she had a habit of smoking and drinking heavily, which eventually caused her to become ill and die at the age of 70.

Margaret had a private funeral, with a musical celebration of her life held a few days after.

Mary II reigned as the Queen of England from 1662 to 1694, when she tragically died of smallpox at the age of 32. Not to be confused with Mary, Queen of Scots, who lived about a century earlier, Queen Mary lived during the Baroque era.

Many of the greatest classical music composers in history, like J.S Bach, George F. Handel, and Henry Purcell, also lived during this period. Henry Purcell composed two sets of works for Mary's funeral called Funeral Sentences and Music for the Funeral of Queen Mary.

These funeral sentences have been used in royal funerals since Mary II's ceremony. The sentences include "Man that is born of a woman", "In the midst of life we are in death", and "Thou knowest, Lord, the secrets of our hearts".

The Canzona and March are part of the composition Music for the Funeral of Queen Mary.

Prince Albert was Queen Victoria's beloved husband and, as such, she did not take his passing well. In fact, she never fully moved on from it and wore black for the rest of her life.

One of the many things Albert and Victoria were known for was their shared love of music. The Prince Consort, as he was also known, was a skillful harpsichord and piano player. His wife also played the piano.

In the music world, Albert is perhaps best known for founding the Royal College of Music which he opened to students in 1882.

In addition to this, he also composed a few musical works and kept a collection of sheet music from his favorite composers such as Beethoven and Mozart. Some pieces by these composers, particularly J.S. Bach and George F. Handel, were played at Prince Albert's funeral in 1861.

Great God! What do I see and hear? written by William Bengo Collyer was one of the hymns chosen for the occasion.

Prince Philip, the husband of Queen Elizabeth II, received a ceremonial funeral after he died in 2021 at the age of 99, his 100th birthday only weeks away. Unfortunately, the public could not attend his funeral due to the country's Coronavirus restrictions.

This was the only royal funeral to take place in the middle of the Covid 19 pandemic, and the music played on this occasion included:

Queen Elizabeth, as she was known before her daughter became the queen, was the wife of King George V, and a cancer survivor. She lived to be 101 years old, earning the distinction of being the second oldest British royal ever.

The Queen Mother was also a huge fan of music and had a diverse collection of records. In addition to this, she received an honorary doctorate in music from the Royal College of Music.

Some of the genres she enjoyed listening to include country, calypso, ska, and folk music. Check out some of the classical pieces played at her funeral:

Queen Victoria was one of the longest-reigning monarchs, second only to her great-great-granddaughter, Queen Elizabeth II.

This iconic British queen changed the look of future royal funerals in several ways. Firstly, she wanted a state funeral instead of a private, discreet ceremony. Secondly, she wanted the officials at the funeral to wear white instead of black, and she herself was dressed in white.

Another request she made was for her coffin to be placed atop a gun carriage and pulled by horses. Queen Victoria was a talented musician and a fan of Mendelssohn and Beethoven.

Pieces by these two composers and the ones below were played at her funeral.

Princess Diana's funeral was perhaps the most heart-breaking funeral procession England has seen in modern times. It was also one of the most viewed events in television history.

In 1997, at the age of 36, this beloved member of the royal family died tragically in a car accident, leaving her two young sons William and Harry behind.

Upon hearing the shocking news of her death, her family, the United Kingdom, and the rest of the world fell into deep mourning, mourning that they would openly show at her funeral a week later.

The music played at Princess Diana's funeral was carefully selected to reflect her impact on society and the gaping hole she left when she passed away. Among the classical pieces were:

The piece was composed by the talented Franz Schubert. If you are unfamiliar with Catholic customs, the lyrics of the song are the words of the Hail Mary prayer.

You might find it hard to decide which compositions to add to your playlist, given that there are so many, but have no fear! We've compiled yet another list for you.

This one contains the songs we recommend most for listening if you want to get more familiar with the classical music of royal funerals.

Oh, and in case you were expecting to see "Candle in the Wind" on our lists, this song didn't make it because it does not fall under the genre of classical music.