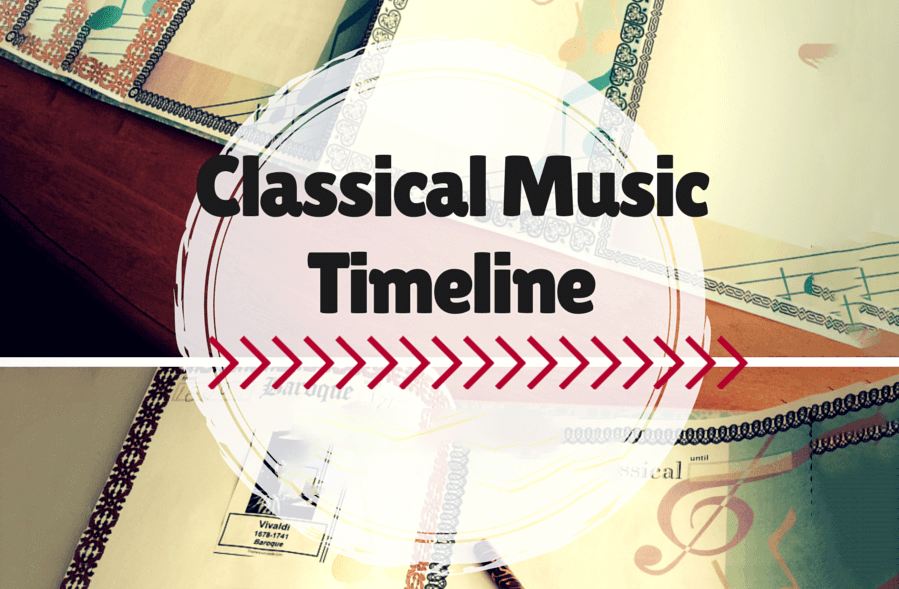 Few people may be aware that the term classical music technically refers to musical compositions from a specific time period.  These musical time periods help to categorize and explain the boundaries associated with it.  Having a certain amount of knowledge about these classical music periods can assist in identifying and locating music which you prefer.

What Are Musical Eras?

Classical music is divided into various eras which are principally based on the style of music which was most popular at that time.  These eras of classical music include Medieval, Renaissance, Baroque, Classical, Romantic and 20th and 21st Century.  Terms such as Renaissance and Baroque are taken directly for western art history.

Although it is possible to assign approximate dates for the beginning and ending of these classical music eras, it is not a perfect science.  In any event, these dates do help in identifying the changes associated with taste and describing the style of work which was composed during those years.

The earliest form of music which replaced prehistoric music is known as ancient music.  These various musical systems were developed in literate cultures located in Mesopotamia, India, Egypt, Persil, China, Greece, and Rome.  It is characterized by basic notes and scales and may have been transmitted through oral or written systems. 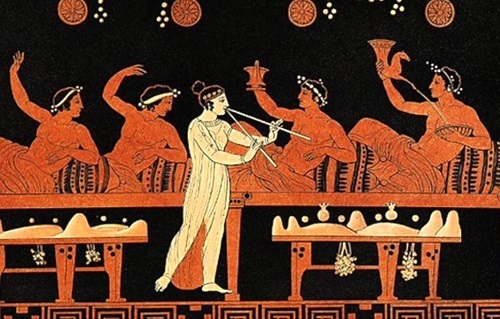 The ancient Egyptians had many gods, and there was even one who was credited with the invention of music: Hathor.  Being an integral part of Egyptian culture, there is evidence that musical instruments were utilized during the Predynastic period.  The earliest instruments included harps, end-blown flutes and single and double pipes.

With regards to Mesopotamia, it is believed that instructions for performing music were around since 2000 BCE.  The notation which was found indicates the names of strings on a lyre and the tuning was described on other tablets.  Although consisting of fragments, it is believed these are the earliest recorded melodies.

It is mentioned in writings dating back 3,000 years, and examples of this instrument have been found in tombs from 2,500 years ago.

Also, Ancient Greece developed their own system of musical notation and utilized instruments such as double pipes.  The ancient Romans borrowed from musical cultures from those they conquered, such as Greece, Persia, and Egypt.  The Romans were one of the first to incorporate music into many parts of their daily life.

During the Middle Ages (400-1400 AD), music was used mainly for religious purposes.  This chant-like music only consisted of the melody and had no additional accompaniment.  The technical term for this music was monophonic, which literally meant being composed of a single note.

The most popular type during this classical music time period was the well known Gregorian Chant, which was named after Pope Gregory I, who was around from 590-604 AD.  Gregorian chants, which were sung by monks during Catholic mass, are known to be relaxing and have a meditative quality to them. 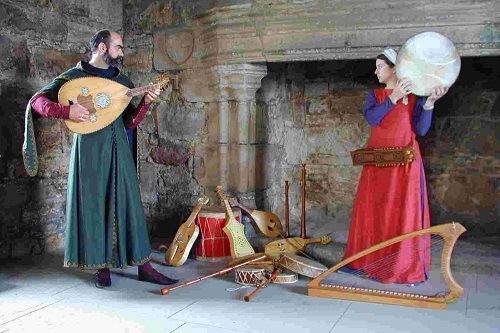 During the medieval period, there was a foundation laid for music notation and music theory practices which would transform the future of music.  Before the development of musical notation, songs and parts had to be transmitted by ear from one person who knew a song to another person who was learning it.

This significantly limited the number of people who could be taught music, suppressing the spread of it to other regions or countries.

The plucked string instruments of the time included the lute which had a pear-shaped body and is the predecessor to the modern day guitar.  Additional stringed instruments include the mandore, citole, gittern, and psaltery.

One of the types of music during the classical time periods has a name which was taken from Western art history.  Renaissance music (1400-1600 AD) has the distinction of popularizing two or more musical voices, which is known as polyphony.

This music was written for specific instruments and was utilized to entertain the nobility at dances which took place in ballrooms.

Two of the most popular instruments of this time were the recorder and the lute.  The recorder was an early form of the flute and piccolo, and the lute is related to the modern guitar.  As with many classical music periods, music was dominated by the upper class and did not have widespread involvement of the lower class.

One invention which made it cheaper and easier to distribute music was that of the printing press in 1439.  Before the creation of the press, the written songs, music and musical theory text had to be hand-copied.  This was a costly and time-consuming procedure which limited the geographic distribution of music. 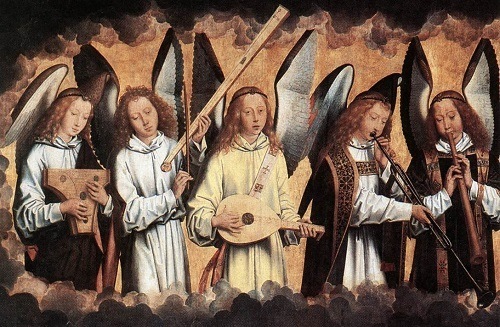 The emergence of a bourgeois class increased the demand for music as an entertainment form and a leisure activity for educated amateurs.

The relative political stability (compared to other classical time periods) and prosperity combined with expanding music education in churches and cathedrals enabled the large-scale training of singers, instrumentalists, and composers.

These musicians were in high demand in Europe and especially in Italy. Since the printing press made it much easier to distribute printed music, Italy took in northern musical influences, with Rome, Venice, and other cities becoming critical cultural centers for musical activity.

In Florence, opera, a staged genre where singers are accompanied by an instrumental orchestra, was flourishing. The initial deliberate purpose of opera was to bring back the music of ancient Greece.

There are a great deal of vocal and instrumental works from the Renaissance period which have survived, with the music being notated secular and sacred.  Recording made in the 20th and 21st century include a variety of music forms from the period such as motets, masses, chansons, madrigals, accompanied songs, instrumental dances and others.

During the late 20th century, there were many early music ensembles which were formed that specialized in Renaissance-era music.  These musical groups would make recordings and go on concert tours utilizing modern reproductions of instruments from that time in history.

They also sang and performed in a way which music historians believe were used during this era of classical music.

The Baroque Music period (1600-1750 AD) was distinguished by decorative accessories such as wigs, lace, and ornamental coats.  During this classical music time period, simplistic music was replaced by more complex harmonies. 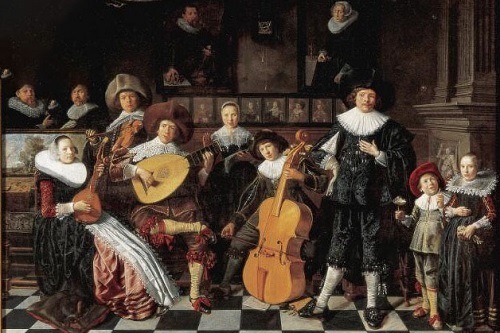 Featured most prominently during this era was counterpoint, which is the utilization of two or three melodies being played simultaneously.  Also, there were frequent harmonic changes in the music.

Polyphony progressed to what would be known as Imitative Polyphony, which as the picking up and echoing of a melodic line by each of the instruments in the orchestra.  When this is used in vocal arrangements, it is known as a round.

Dances sustained their popularity, however, new forms of music such as toccatas, fugues, preludes, suits, theme, and variations also found a following.

As with many classical music eras, new instruments would make it onto the scene and would provide new variations in sound. During Renaissance Music, keyboard instruments such as the harpsichord, clavichord, and organ (ancestors of the modern day piano) gained in popularity.

Music was also composed for the oboe, flute, bassoon and other types of horns. Violins, violas, and cellos also exploded onto the scene, replacing the previously used recorders.

During the classical music period (1750-1820 AD), the general public finally got into the act and began to get involved in music with more performances and public concerts.

As the masses started to pay for concerts, composers were provided with the freedom to write music which they desired, as long as it appealed to the public.  In a way, this was probably the earliest form of popular music, as the composers were no longer required to create music just for the ears of the nobility. 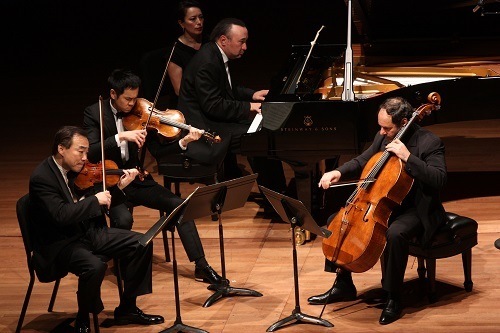 The overly ornate and gaudy music of the Baroque period was no longer popular and was replaced by compositions which were more balanced.  The new musical styles of the Classical era included rondos, minuets, symphonies, and sonatas.

The harmony of the time was mostly a single-line melody which had an accompaniment, and the use of cadences was integrated.

The key musical instrument invention of this time was the pianoforte, which translated means soft-loud.  For the first time, this keyboard instrument was pressure sensitive.  The musical compositions contained a more dynamic sound than earlier periods, with soft and loud passages.

Whereas the classical period was defined by music which was refined and balanced, the Romantic period of music (1820-1900 AD), was delineated with compositions which were more expressive.  There were poems which were set to music, and musical themes were used as vehicles for storytelling.

With the romantic period, music became more experimental, as earlier methods of composing music were abandoned.  This would lead to new forms being created such as variations, etudes and character pieces. 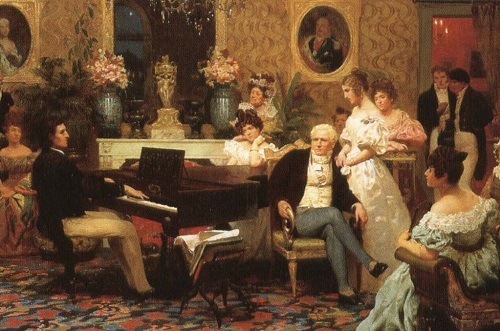 Popular and widely used during the romantic music period was chromatic harmony and a scale with twelve notes.  Also, diminish, dominant and sevenths, rich texture and full chords were the order of the day.  While rhythms became more complex and utilized syncopation, melodies evolved to be like songs and much more expressive.

With regards to instrumentation, the piano was favored heavily in many of the compositions of the romantic period.  It featured heavily and played a significant role in nocturnes, impromptus, and etudes.

Moving on to modern classical music (1900-present) of the 20th century, the strict rules regarding the creation of music were relaxed in favor of the composer relying more on his own imagination.

Characterized by increased dissonance and the use of chromatic, pentatonic and modal scales, the harmony of contemporary classical music continued to evolve.

The instruments of preference for 20th and 21st-century classical music also continued through an evolution process.  The piano is still a major player. However, it has been supplemented with electronic keyboards and synthesizers.

This music is defined as having more than one rhythm (polyrhythmic) and consisting of a vague melody and a strong sense of dissonance.  From an analytical standpoint, this music tends to be unpredictable and without tone.

More than anything, musical time periods reflect a change in social norms and culture.  Since ancient time classical music has undergone significant changes which are indicated by how the music was arranged and what types of instruments were utilized to play it. 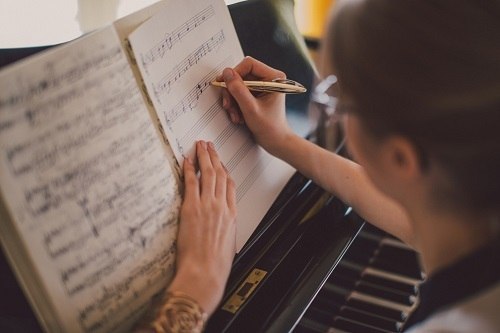 Since there is very little known historical documentation for this time period, there is not a great deal of information about ancient music.  As classical time periods evolved and progressed, the composition of music changed with the times.  There were inventions of new instruments which allowed for music to be played and listened to in different ways.

The history of classical music is complex and may not be as clear-cut as the historical progression of other events.  During the classical music period from 1750-1820, music became more accessible to the general public and was no longer exclusively for the upper-class nobility.

For the first time, composers had the freedom to compose music for the masses, which led to greater experimentation.

Music is an essential element which assists in the understanding of human history as it relates to social norms.  Ranging from religion to entertainment to meditation, there have been numerous ways music has been used to enhance human knowledge, understanding, and socialization.

The rich history of classical music is one of the main reasons it has had a great deal of influence in today’s modern popular music.  Its dynamic evolution and growth and solid foundation laid down the original building blocks for many forms of popular music.